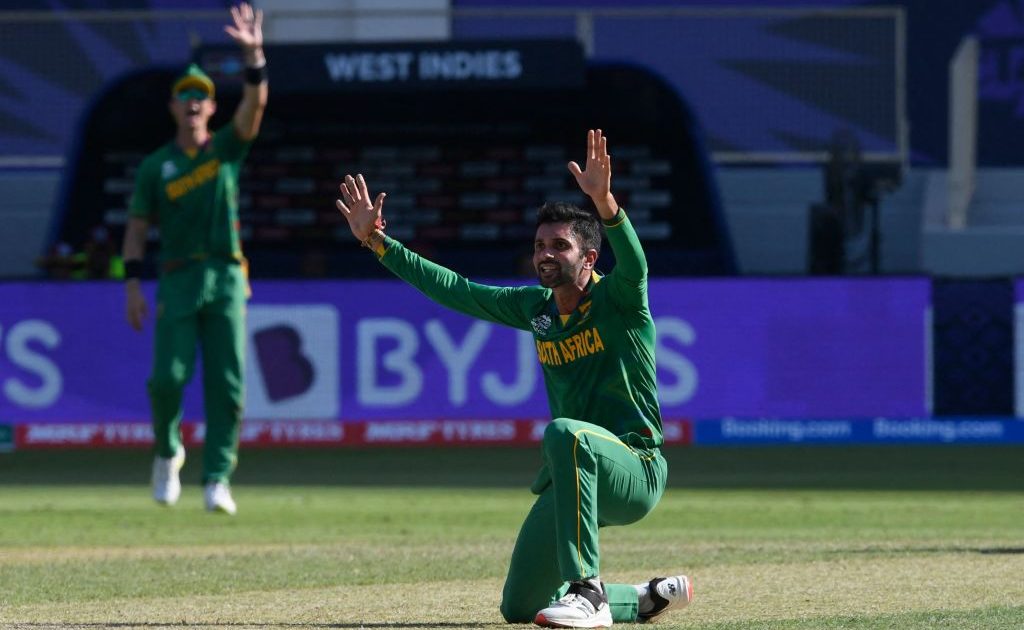 South Africa spinner Keshav Maharaj insisted “no one is a racist within our team” as they prepare to welcome back Quinton De Kock following the wicketkeeper-batter’s apology for his refusal to take the knee.

De Kock caused a stir when he withdrew from South Africa’s T20 World Cup match against the West Indies, rebuffing a directive from the board for all players to take part in the anti-racism gesture during the rest of the tournament.

In a lengthy statement, De Kock insisted he was “not racist” and explained his stance came from feeling his “rights were taken away”, but he has had a change of heart on taking the knee after clear-the-air talks with the board.

Maharaj admitted it has been a challenging week and, while he was unable to confirm whether De Kock would be back in the side for their game against Sri Lanka on Saturday, the slow left-armer was adamant the group are in harmony.

“We all support one another and respect everyone’s cultural, religious and spiritual differences,” Maharaj said. “I am a very religious person, so I know you’ve got to be accepting of a lot of things, and we respect that.

“No one is a racist within our team. We’re all in the team in a good space at the moment. It’s been a tough week, but I think it’s drawn us together and we’ve drawn some strength and inspiration from this.

“The boys are mature enough and adult enough to sort of adapt to the situation. I think the spirits were really high at training (on Friday).

“There’s that buzz and that drive that’s back into the team after quite a long two days. But yeah, I think the boys are in good stead, and our focus is back on the cricket for now.”

In De Kock’s absence, South Africa overcame the Windies, bouncing back from defeat to Australia in their Super 12s group opener, while a win over Sri Lanka in Sharjah on Saturday will boost their hopes of reaching the semi-finals.

De Kock, an ex-Proteas captain who has played 53 Tests, 124 one-dayers and 58 T20s, is rated one of his country’s brightest performers and he could slot straight back into the team as wicketkeeper and opening batter.

“Obviously that’s down to the selectors in terms of whether he starts or not,” Maharaj said. “But I know that if he does get the opportunity, he’ll definitely slot back into the team.

“A person of his calibre, we know what Quinny can do with the bat, and he puts match-winning knocks on. It’s been a tough week for him, but he’s a very mature character despite what people may think.

“Quinny is Quinny, and we love having him in the team.”