Home News No reprieve for Oz according to Mathews

No reprieve for Oz according to Mathews 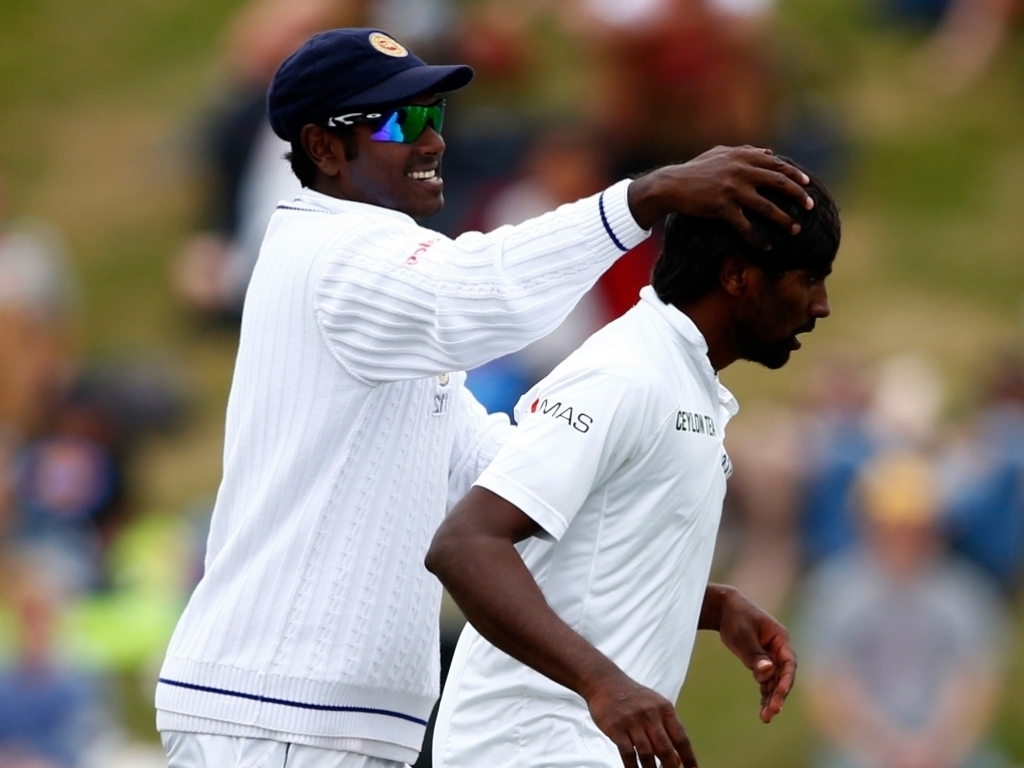 If Steve Smith's Australia thought they may get any sort of reprieve as the Test series draws to a close in Colombo, Angelo Mathews issued a grim warning.

The Sri Lankan captain has told the tourists to expect yet another turner in the island nation's capital.

Mathews has been quick to defend the state of the pitches, which have come in for some criticism from the Australian media.

Mathews commented: "We had to work really hard to win those two games,

"We played better cricket than them. I'm hearing that the Aussies have not played good cricket, and the wickets were poor – I mean, come on, you've got to grow up. We play on the same wicket.

Sri Lanka will have little sympathy for their visitor's after enduring green tops in New Zealand, and England, increasingly teams are seeking an advantage against their visitor's from the pitch.

The skipper was unapologetic in his hope for another turner to exploit the Australian's weakness against spin as well as their lack of a decent second tweaker.

Mathews added: "It's going to be a turner once again,

The captain indicated openers Kaushal Silva and Dimuth Karunaratne would both be retained despite failing in all four innings so far: "What the management and selectors think is that we can give opportunities to players who we believe can deliver,

"When it was tough in England, Kaushal fought really hard and showed his character. After two games, we don't want to throw a character like him away.

"Dimuth didn't score runs in England, but he had got a big hundred in New Zealand and he showed his character there as well. Hopefully, he can deliver and everyone will get through that rough patch."

Mathews has faith in the pair, while conceding they have been retained due to a lack of any obvious replacements: "If we have guys who have scored heavily outside the team, we can consider replacing the openers – but that has not happened,

"We have got to keep in mind that the South African series is coming in a few months' time. We believe that this set of players can go to South Africa and do well. They are talented, and if they are given opportunities, they can come good."

There was no indication from Mathews that they would take it easy, having sealed the series: "We are extremely excited at the prospect,

"We've trained harder than we had over the past two weeks, because we want to win it 3-0. Everyone is all geared up, and we haven't taken the foot off the gas."