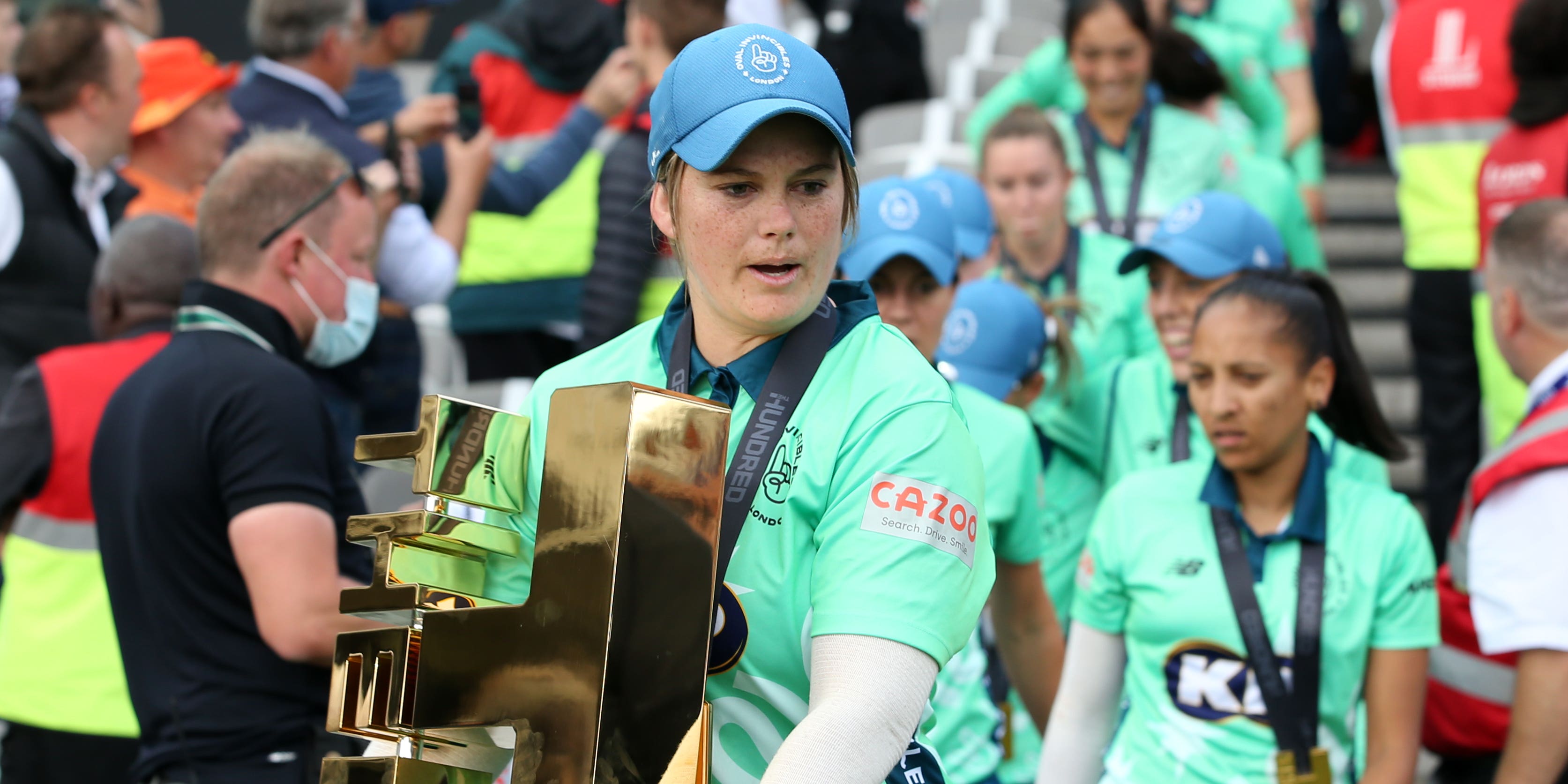 Kapp, who starred in Friday’s eliminator victory over Birmingham Phoenix, took centre stage again at Lord’s, striking 26 off 14 balls before taking four for nine in her side’s 48-run win over Southern Brave.

Victory meant South African duo Van Niekerk and Kapp, who were married in 2018, have won the Kia Super League, the Australian Women’s Big Bash League and The Hundred as team-mates.

Van Niekerk said: “She’s been incredible. I think I’ve said it a couple of times now, she’s a player for the big moments and I’m just very pleased for her.

“I said I’m probably the most proud, or the proudest person in this stadium at the moment. She was out with an injury for a little bit in the tournament and to come back and make such an impact just shows you the quality of the player she is and she’s the most hard-working person I know.

“Nobody deserves it more.

“I was just so proud of her, she’s so humble, she doesn’t understand what impact she made on the game today.”

Southern Brave had gone into the final as favourites having lost just one match in the tournament, but they were bowled out for just 73 when chasing 122 to win.

Kapp removed top three Danni Wyatt, Sophia Dunkley and Gaby Lewis all for ducks as Brave collapsed to 14 for six, then took a catch before rounding off the tournament with the winning wicket.

That came after her and Van Niekerk had both top-scored with 26 while Fran Wilson scored 25 as the Invincibles batted first.

Van Niekerk added: “First of all when she came in with the bat she just struck it so well with (Alice) Capsey, just changed the momentum for us.

“I think Fran did really well and I think they bowled well at us but when Kappie and Capsey came together just like yesterday they changed the momentum for us and I felt like the momentum was in our favour even when they took the wicket off the last ball.

Brave captain Anya Shrubsole said: “It goes without saying it was obviously disappointing. It’s a shame that the worst game we played was in the final.

“It was obviously really disappointing, a huge amount of credit has to go to Dane (Van Niekerk) and the Oval Invincibles.

“I thought they obviously bowled really well up the top there and you’re going to struggle to chase many things down when you’re three down inside 10 balls.”