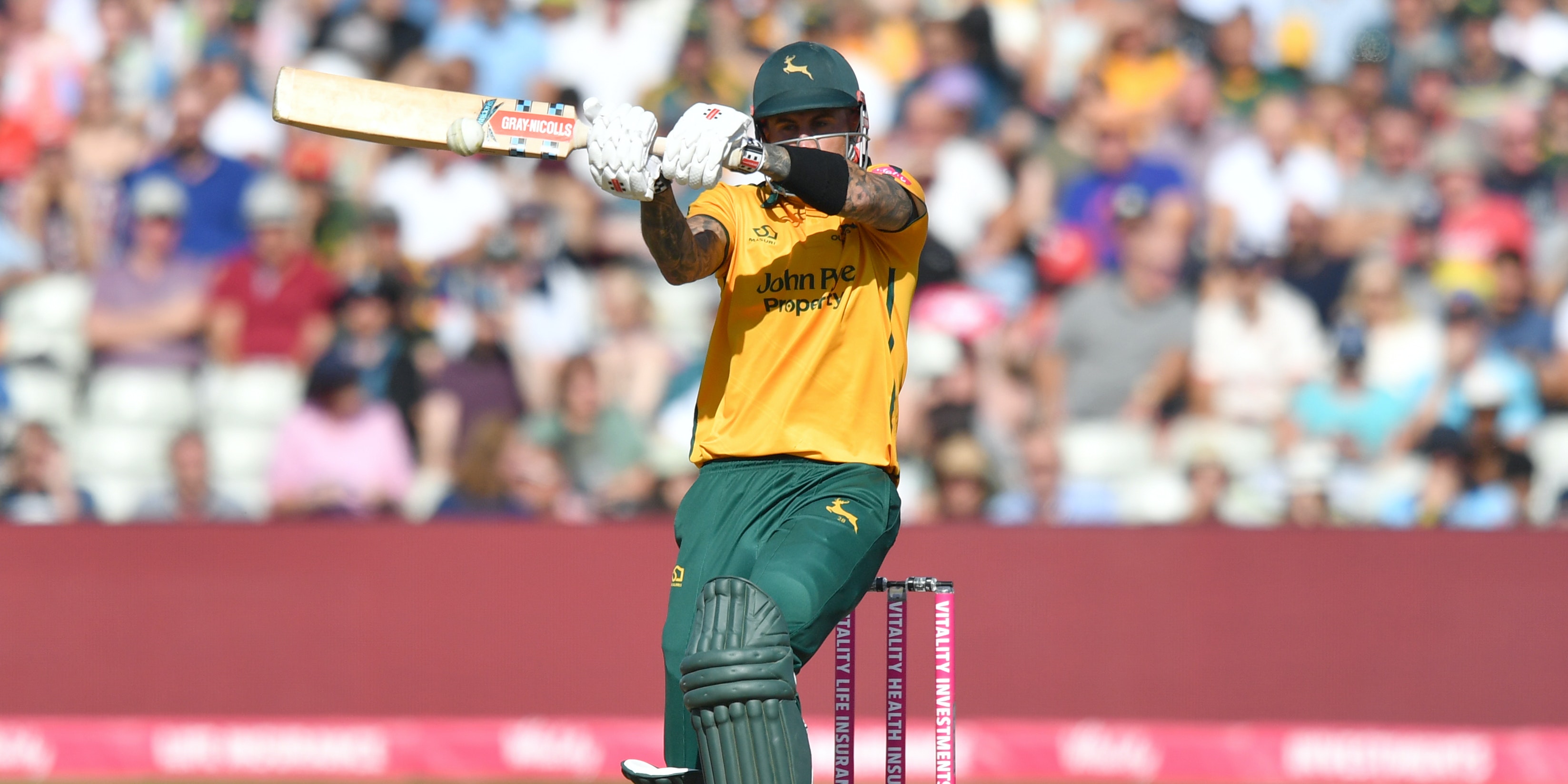 Nottinghamshire went back to the top of the Vitality Blast North Group after a five-wicket win against Leicestershire at Trent Bridge.

Alex Hales smashed 44 from 16 balls to set Nottinghamshire on their way to maintaining their unbeaten start to the Vitality Blast.

Hales smashed four fours and four sixes in his brief stay as the hosts made short work of a victory target of 124.

Leicestershire’s first defeat in the competition leaves them in fourth place on five points at the halfway stage of the qualifying round.

Chris Dent smashed a career-best 87 as Gloucestershire cruised to a 30-run win against Worcestershire in Bristol.

Making only his fourth Twenty20 appearance in as many seasons, the opener dominated as the hosts posted 181 for four after being put in to bat.

Ed Barnard took three for 44 to keep the visitors in the hunt, but James Bracey’s unbeaten 39 reinforced Gloucestershire’s superiority.

Bottom of the Central Group table without a win in five attempts, Worcestershire came up short on 151 for nine, meaning their prospects of making the knockout stages are all but over.

Having won a vital toss and asked the visitors to bat on a pitch where run-scoring was never easy, Lancashire restricted the Falcons to 98 for seven.

Lancashire then overhauled that total with 16 balls to spare to record their second win against Derbyshire in five days, Keaton Jennings finishing unbeaten on 49.

Yorkshire earned a vital 29-run win in the North Group against Durham as Tom Kohler-Cadmore plundered an unbeaten 85 at Emirates Riverside.

Kohler-Cadmore hit five sixes as Yorkshire reached 198 for three, with Durham only able to reach 169 in reply.

Birmingham Bears overcame Somerset and the weather to claim a four-run Central Group win under the Duckworth-Lewis-Stern system in Taunton.

The match was interrupted for an hour and three-quarters by rain, which set in with the Bears 85 for four from 11 overs. When play became possible again at 9pm, the umpires ruled that it would be a 12-over match.

Birmingham added 22 in the final over of their innings, Sam Hain finishing 55 not out in a total of 107 for four, and Somerset managed 120 for seven after being set a revised target of 125 to win.