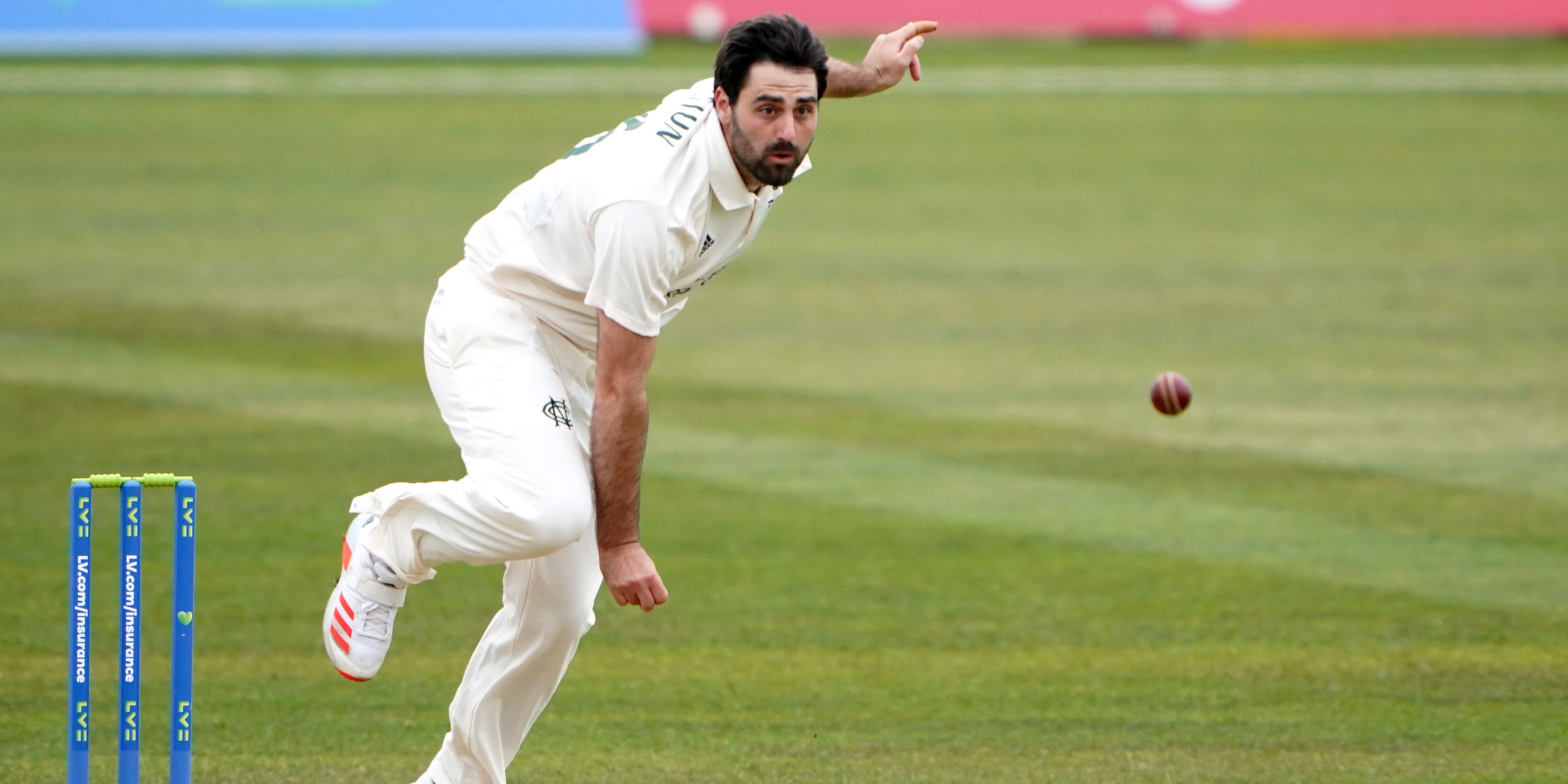 Leaders Nottinghamshire edged the first day of the top-of-the-table LV= Insurance County Championship clash against Hampshire at the Ageas Bowl.

The visitors bowled out their hosts for 226 before negotiating a tricky last seven overs to close on 29 for one.

Brett Hutton and Dane Paterson were the pick of the Nottinghamshire bowling with three wickets each while Nick Gubbins added some steel to the Hampshire innings with 54.

Warwickshire staged an impressive fightback to take command of their crucial clash with Yorkshire at Emerald Headingley.

The visitors were bowled out for just 155 as Ben Coad and Steven Patterson took four wickets apiece on day one in Leeds, an innings that would have been worse but for 66 from Michael Burgess.

Chris Woakes and Liam Norwell led the recovery, taking three wickets each as Yorkshire slumped to 95 for eight in reply. Gary Ballance alone was offering resistance with an unbeaten 51.

Luke Wells hit a century as Lancashire recovered from a poor start to end the day 364 for eight against Somerset at Taunton.

Wells scored 103 from 113 deliveries to lift the visitors after being reduced to 27 for two early in the day. He put on 155 for the third wicket with Josh Bohannon (50).

Steven Croft (71) and Tom Bailey (54 not out) weighed in with further contributions as Lancashire finished positively.

Cook put on 145 for the third wicket with Dan Lawrence (78) while captain Tom Westley added 47.

Eddie Byrom was 60 not out as Glamorgan ended the opening day on 264 for six against Gloucestershire in Cardiff. Hamish Rutherford (62) and David Lloyd (73) had earlier shared in a 136-run opening stand.

Durham captain Scott Borthwick was 54 not out as Durham reached 108 for four at stumps in reply to Northamptonshire’s 183 all out at Wantage Road.

Luke Procter top-scored with 76 for the hosts while Durham’s Matty Potts took four for 42.

Tim Murtagh took four for 37 as Third Division leaders Middlesex hit back against Worcestershire after being bowled out for just 144 at Lord’s.

Ethan Bamber also took three wickets as the visitors ended on 113 for eight.

Jack Leaning was left unbeaten on 82 as Kent were bowled out for 285 by Derbyshire. Daniel Bell-Drummond (69) and Zak Crawley (53) also hit half-centuries.

Derbyshire were one for one in reply at the close.

In the other game at Grace Road, Ben Brown struck an unbeaten 111 as Sussex reached 310 for four against Leicestershire.