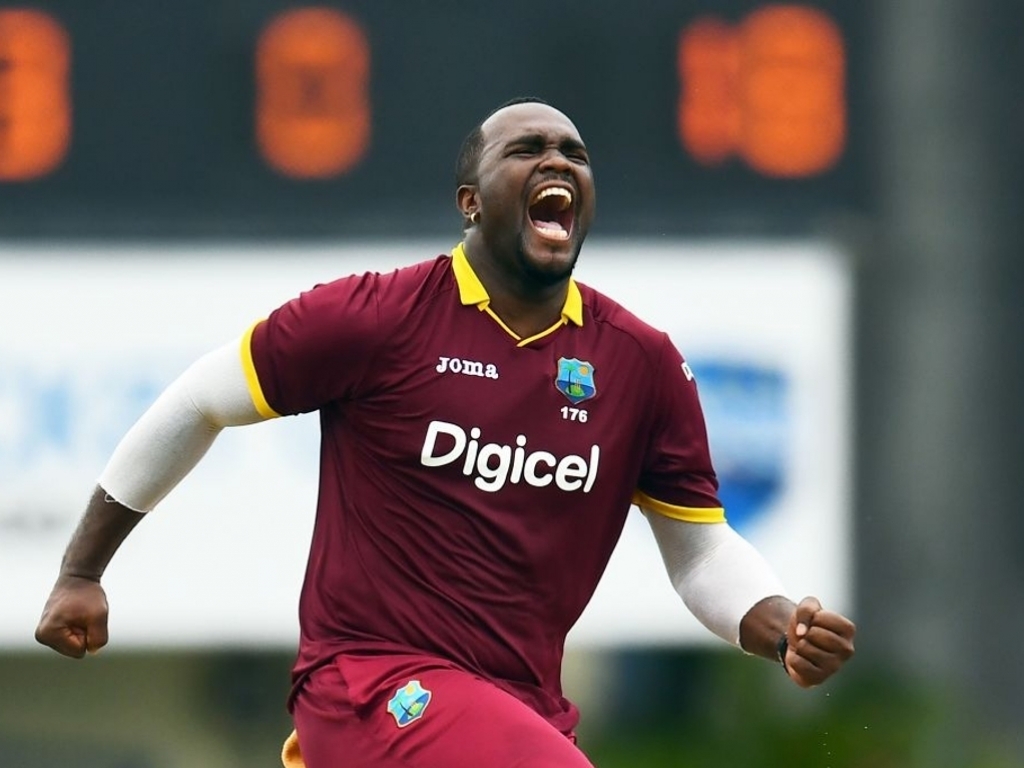 Offspinner Ashley Nurse has earned a recall to the West Indies T20I squad to face England after more than two years out of the side.

Nurse will replace legspinner Samuel Badree in the only change to the squad that faced India earlier this season.

The decision has raised some eyebrows with Nurse failing to take any wickets in the CPL so far and having not notched a single scalp in four T20Is.

Nurse has been in excellent form in List A cricket however where he is the leading wicket-taker in the Craibbean.

The squad, in contrast to the young Test side currently clashing with England, has bags of experience from the likes of Chris Gayle, Sunil Narine, Kieron Pollard, Marlon Samuels and Jerome Taylor.

Chairman of selectors Courtney Browne said of the squad: “We have a good mix of experience and youth that should adapt to English conditions quickly.

“Coming off the series win against India in the Caribbean in July our expectations is to see the team play a highly competitive game and bring that T20 Caribbean atmosphere to England.”

The squad will be captained by World T20 hero Carlos Brathwaite who took over from former skipper Darren Sammy in 2016.