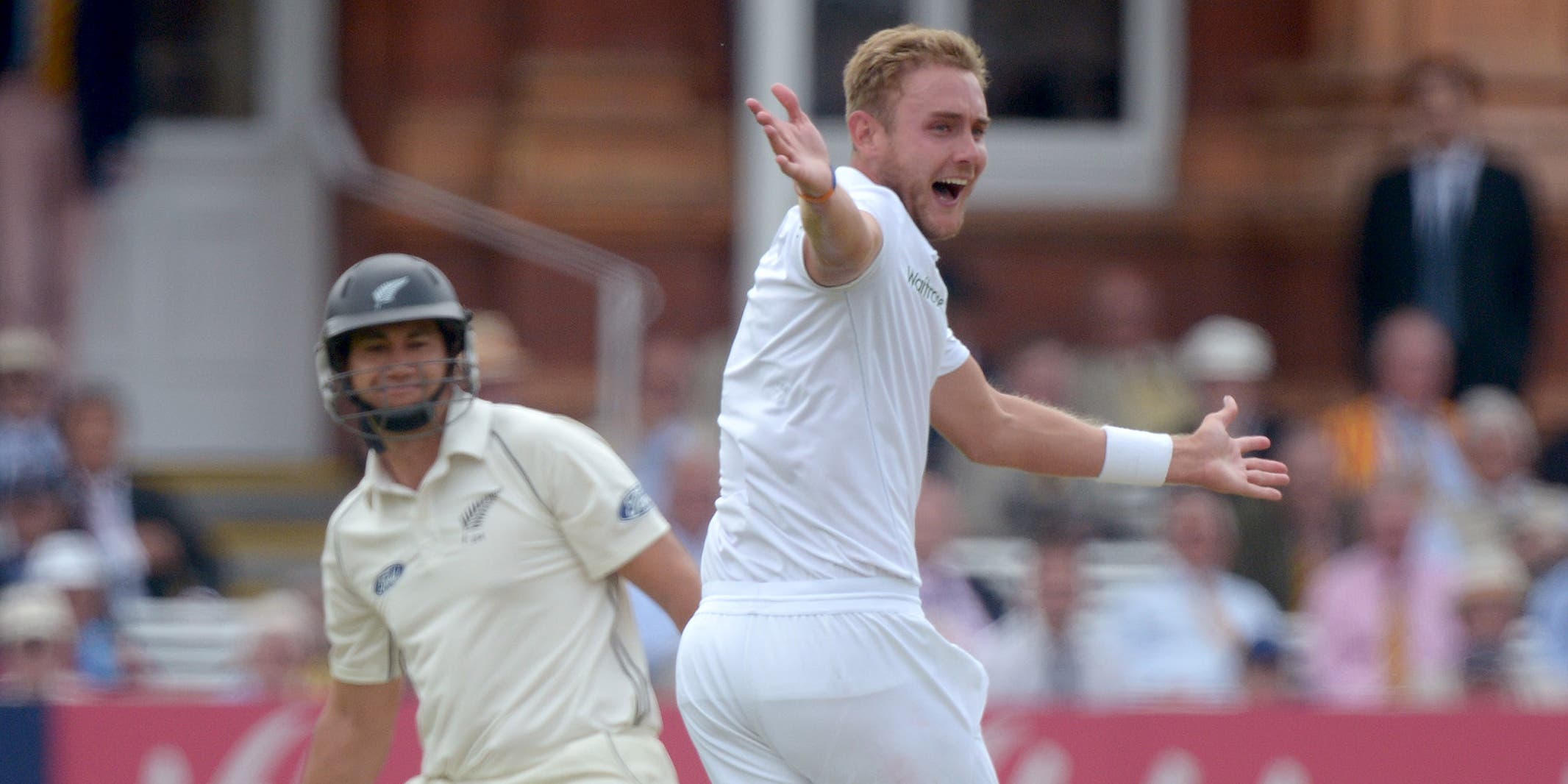 Ross Taylor hopes the insight he gained on how Stuart Broad operates during a county stint together three years ago pays off handsomely when New Zealand take on England in their two-match Test series.

Broad’s 10 dismissals of Taylor in 16 matches are the most by any bowler against the veteran New Zealand batsman in Tests. Broad’s long-time opening bowling partner James Anderson has taken Taylor’s wicket five times in 14 games.

While England’s rest and rotation policy means there are no guarantees both their record-breaking seamers will feature in the first Test, which gets under way at Lord’s on Wednesday, Taylor is in upbeat mood.

Ahead of his 106th Test appearance, the 37-year-old Taylor revealed how sharing a dressing room with Broad at Nottinghamshire in 2018 gave him a useful understanding of how his tormentor handles himself.

“I had the fortune to play with him at Notts and saw the way he went about things, I heard him talking to bowlers and I asked him a few questions,” Taylor said.

“I wish I had that knowledge up my sleeve before a few more of those series.

“He has obviously got me out a few times, as most bowlers have, but he’s a very good bowler along with Jimmy Anderson and the rest of them, with the Duke in hand they’re world-class bowlers in any conditions.

“There’s been a bit of talk about rest and rotation. We’ll see who’s playing on Wednesday morning.”

Ollie Robinson, who has played alongside Taylor at Sussex, could make his Test debut this week and spoke bullishly about “getting in New Zealand’s faces” and how he has been making meticulous plans for New Zealand’s top order.

In his sights in particular is New Zealand captain Kane Williamson, with Robinson saying he has plenty of tricks up his sleeve to make a statement against one of the best batsmen in the world.

“Kane’s an experienced campaigner and a lot of teams have tried to work him out,” added Taylor, who is optimistic a calf injury he suffered last month will not hinder him during this series.

“There’s always going to be a few plans to everybody. Some have worked and some haven’t but Kane’s got a fantastic record all over the world.

“But us as a batting group have to see what happens over the coming days. Ollie Robinson or whoever does play, we’re just going to have to be ready and waiting for that.”