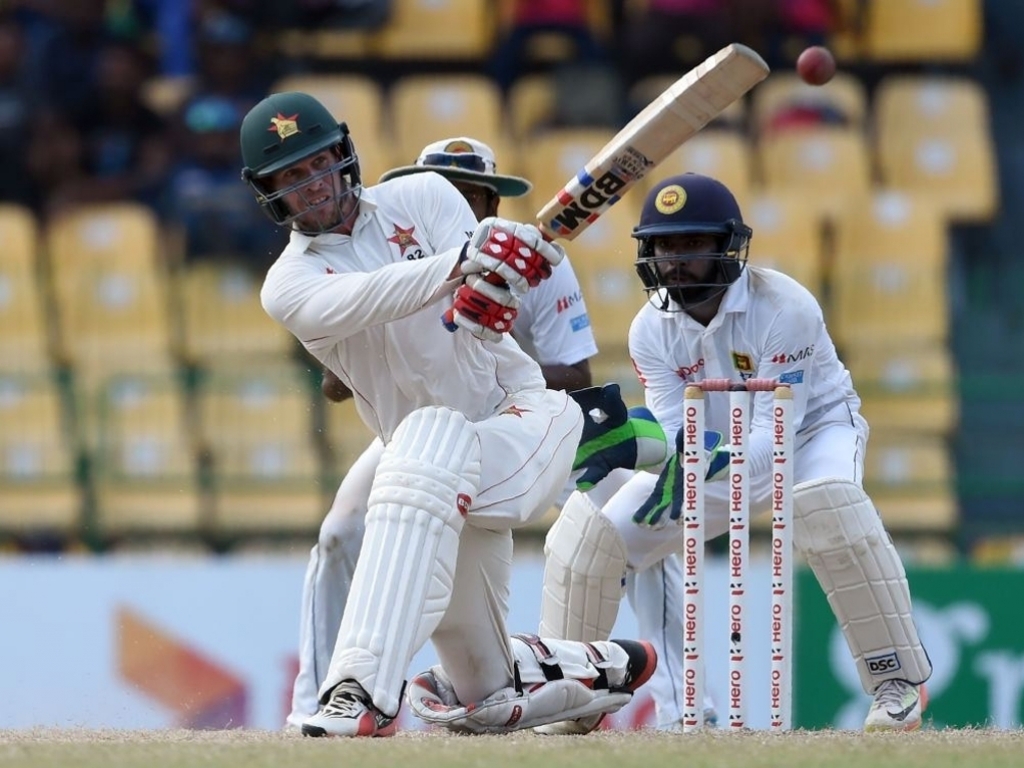 Zimbabwe allrounder Malcolm Waller says the benefits of an ODI series win over Sri Lanka have carried through into the longer format.

For the third time in three days Zimbabwe showed resilience in the face of a strong start by Sri Lanka.

Waller feels that the confidence they gained from the 3-2 ODI series win has given the batting unit confidence.

Speaking after play on day three Waller said: “The guys are extremely positive after the one-day series.

“It was great and it helped all of us mentally. We thought we’ve got a great chance here. If we can go out there tomorrow and put on another 100 runs, you never know what’s going to happen. It will give us a really good fighting chance.”

The lower order were given another task to perform as the top four all misfired but Waller says they decided to go out and show intent and try to wrestle the game back from their hosts.

He said: “It was a really shaky start and it put us under lot of pressure in the changing room.

“But the batters, we sat down and talked about going out and fighting, and showing that you mean business.

“It was a great partnership between Raza and PJ Moor. I think that stabilised the things and brought back the positivity. At the end of the day, we can be happy with what we have.”

Waller doesn’t feel the pitch has become easier to bat on remarking that their has been the odd ball that has misbehaved so the bowlers are never out of the game.

He went on: “I wouldn’t say that is really easy for batting. We saw the odd one did turn. You’re always going to get the odd one that turn and jump.

“I think we were concentrating on every ball and it’s never easy out there. Especially, in the second innings in Sri Lanka, the pressure is always on. Graeme Cremer, being a wristspinner – there is more turn for him than the finger spinners.”

Waller feels that after a difficult 2016 and 2017 so far the Zimbabwe unit are beginning to gel under new coach Heath Streak.

He added: “We came a long way to here and we’ve had a good couple of weeks on tour now. I think we’re starting gel really well now. Guys are getting good ideas, and it’s definitely a lot more positive in he camp. We’ve got good fighting spirits and everyone is getting on well. Everyone is helping each other and pushing on.”