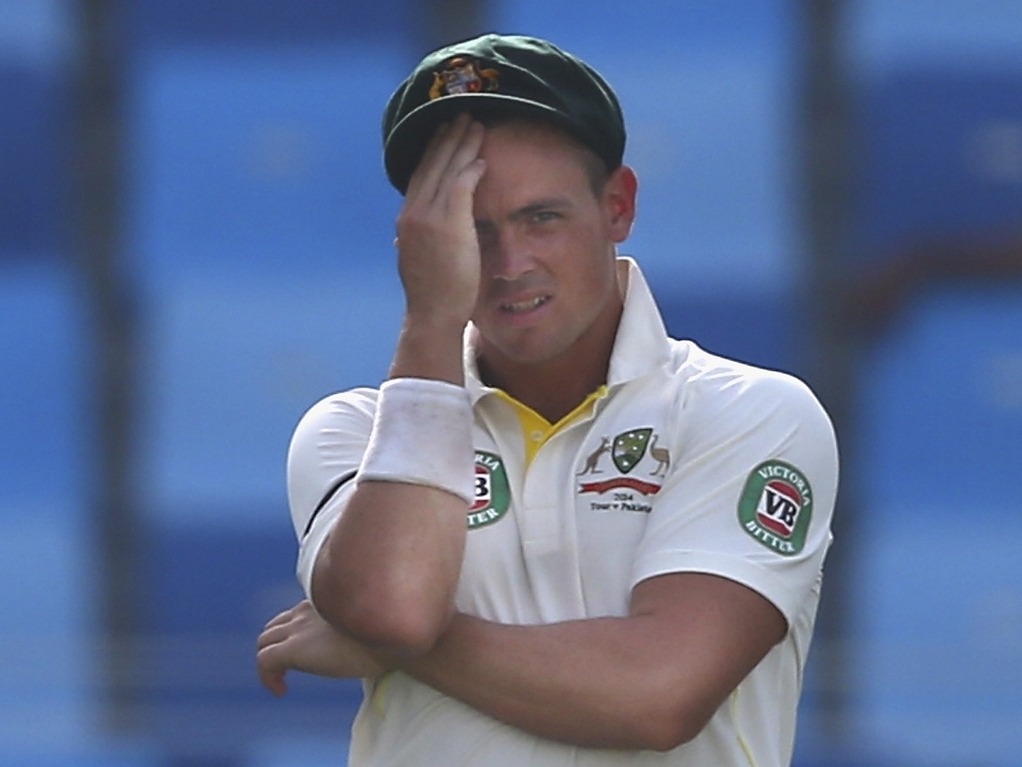 Australia spinner Steve O'Keefe had a tough introduction to Test cricket, making his debut against Pakistan recently, but said he learned a lot from the experience even though he didn't adapt to conditions.

O'Keefe played in the first Test in Dubai and took four wickets, but he was expensive and was dropped for the second game in Abu Dhabi. The Aussies lost both games comprehensively, and he felt they didn't adjust well enough.

O'Keefe said of the UAE conditions: "In 170 overs in the field you get a lot of time for reflection. I think over there you've really got to learn to adapt to the way they bowl.

"Some of the things you can learn at home don't necessarily translate into the way they perform over there.

"You can't really kick the dirt with that, you've got to adapt to those conditions, and unfortunately we did that too slowly I think. Personally I know if I had that time again there's a few things I'd change with my bowling.

"For me the biggest thing is being able to adapt to the conditions and the players you're playing against – that'll change every time you play cricket."

He went on to say that they'd looked at Zulfiqur Babar's bowling quite a bit, and he felt he could learn from the Pakistan spinner, who dominated the Aussie batsmen in both Tests.

O'Keefe added: "He does things that we're traditionally taught not to. He doesn't finish off with his front bowling arm past his hip, he does it to the other side and he bowls a lot of square spin.

"In Australia we're taught to try to get over the top of the ball and bounce it, however that was more effective sliding it on, and we saw how many guys that we had getting out lbw or bowled missing balls that were going straight and not spinning with the odd one turning.

"So that's about adjusting to the conditions and you can really learn a lot from someone like him who's played a lot of first-class cricket.

"As a bowler I'm going to take a lot out of that and I'm sure the batters who didn't have as much success as they'd have liked will also learn from it."

The spinner also said that the Pakistan batsmen swept the ball a lot more than they would Down Under, and that took a lot to get used to.

He said: "They'd sweep two or three times an over and the ball you bowl in the same position on a good length they can run down the wicket and hit you over your head, block and sweep.

"Very rarely did they miss a sweep shot, and in Australian conditions you very rarely come up against guys who sweep at all. So that took some adjusting to, we could have adjusted a bit quicker I think, myself and Nathan, but they took the game to us."