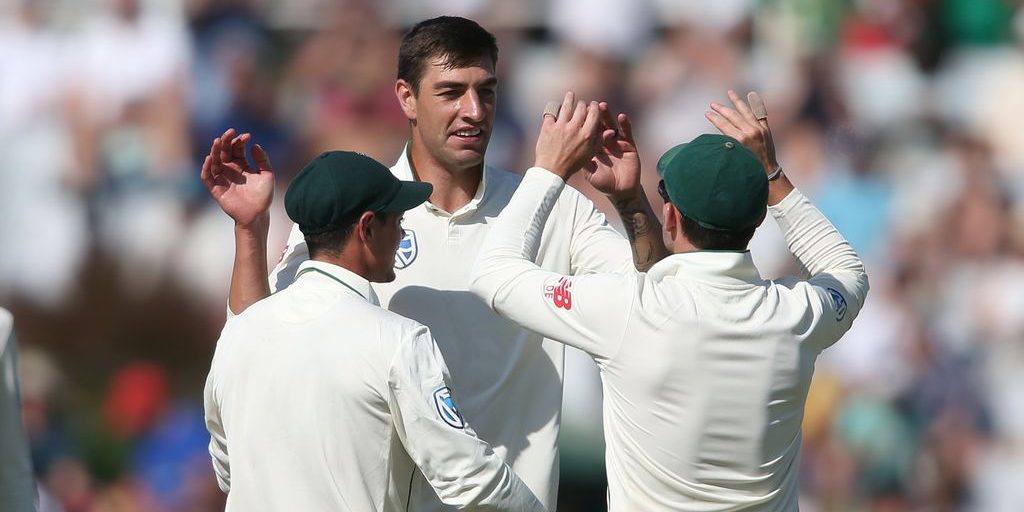 Yorkshire have signed Duanne Olivier on a three-year Kolpak deal which will mean the 26-year-old fast bowler turning his back on international cricket with South Africa.

Olivier has taken 48 wickets at better than 20 apiece in a 10-Test career that now appears to be over, while he also recently made his ODI debut for the Proteas in this World Cup year.

But the security of a three-year county contract has proven too tempting, and Olivier becomes the latest in a long line of South African players to make the move to English cricket via the Kolpak route.

Olivier had just broken into the world’s top-20 Test bowlers and his arrival will be a major boost for the White Rose.

“I would be lying if I said this wasn’t a difficult decision to make,” said Olivier. “It’s giving up playing for my country with no guarantees of playing international cricket again. But, at the end of the day, I needed to be true to myself.

“I’ve only got this one chance to see where my talent can take me and Yorkshire just felt right to me.”

Five of the most spectacular batting collapses in the 21st century

Cricket South Africa expressed their disappointment at Olivier’s decision after offering him a two-year deal.

CSA Chief Executive Thabang Moroe said: “We find it extremely disappointing that Duanne has taken this step after all the opportunities we have given him, particularly over the past season and going forward, to live his dream of being an international cricketer.

“He was upgraded to a national contract during the current season on the strength of his outstanding performances in our Test squad and we offered him a two-year contract which would have given him financial security through to the end of the 2020-2021 season.

“He was not short of opportunity either as he played in all six Castle Lager Test matches against Pakistan and Sri Lanka during the current summer and was also considered for white-ball selection.

“If one looks at the bigger picture this is not good news for the global game either that a player who has just broken into the top 20 on the ICC Test match bowling rankings for the first time should opt effectively to bring down the curtain on his international career in favour of playing only in domestic leagues.”