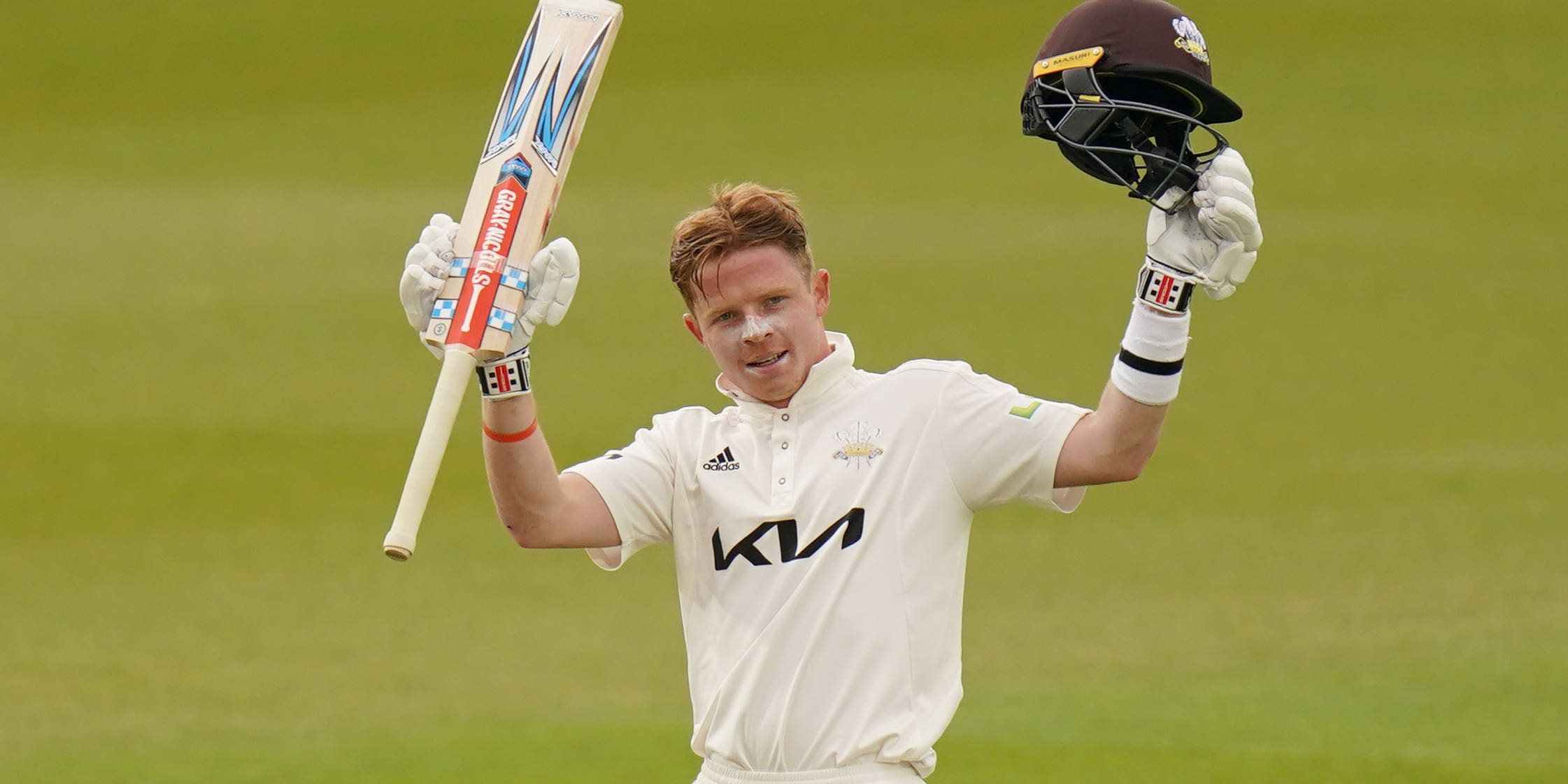 Pope hit 131 and South African star Amla stroked an unbeaten 215 from 367 balls as Surrey moved to 513 for three at the halfway point of their Group Two clash.

It was Amla’s seventh first-class double-hundred and the pair put on 257 in 62 overs for the third wicket, a Surrey record against Hampshire at the Oval.

By stumps, Surrey were 421 runs ahead, having shot out Hampshire for a mere 92 on day one, and on course for a first win of the season at the fourth attempt.

James Hildreth became the fourth highest first-class run maker in Somerset’s history as his 39 took him past Bill Alley’s tally of 16,644 to leave him just behind Harold Gimblett, Marcus Trescothick and Peter Wight.

An unbroken fifth-wicket stand of 80 between George Bartlett (43 not out) and first-class debutant Lewis Goldsworthy (34 not out) took Somerset to 178 for four and 179 adrift of Middlesex’s first-innings 357.

Leicestershire are also firmly on top against Gloucestershire after Lewis Hill’s second first-class century and four wickets from Chris Wright.

Hill took his overnight 77 to 121 as Leicestershire posted 421 in 144.1 overs – their second-highest total at Bristol – and Wright then helped plunge Gloucestershire from 99 for one to 121 for six in a calamitous half hour.

Gloucestershire closed on 176 for six with Chris Dent (53) having made a fourth fifty of the summer.

In Group Three, Glamorgan wrapped up a 10-wicket win over Kent in two days at Cardiff.

A total of 18 wickets fell on day two as Glamorgan, 59 ahead on first innings after Kent’s Darren Stevens took five wickets on his 45th birthday, had skittled the visitors for 74 in their second effort.

Veteran Australian seamer Michael Hogan took five for 28 in 10 overs and David Lloyd knocked off the 16 runs to win on his own and finished it with a six.

Sussex off-spinner Jack Carson continued his impressive start to the season with four wickets as Lancashire were pegged back at Hove.

The 20-year-old from Northern Ireland finished the second day with four for 50 from 28 overs as Lancashire reached 193 for six in reply to Sussex’s 328, having been 137 for one.

Carson now has 15 wickets this season, while 18-year-old debutant Jamie Atkins also had cause for celebration after removing Lancashire skipper Dane Vilas for a duck to claim his maiden first-class victim.

Saif Zaib and Tom Taylor scored fifties as Northamptonshire reached 234 to secure a 28-run first-innings lead against Yorkshire at Headingley.

Unbeaten Yorkshire struggled to 43 for three at the close with Adam Lyth, Tom Kohler-Cadmore and Will Fraine back in the pavilion.

Westley hit his third century in his last four matches on the ground – two for his county and one for England Lions – as Essex reached 561 for eight declared.

It was their best total in the competition since 569 all out against Kent at Chelmsford in 2016.

Nottinghamshire dominated Derbyshire to score 318 in their second innings and establish a considerable lead of 469.

Luke Fletcher completed a five-wicket haul as Derbyshire were skittled for 105 before half-centuries from Haseeb Hameed (94), Ben Duckett (87) and Joe Clarke (53) drove home Nottinghamshire’s advantage. Derbyshire were 23 for no wicket at the close.

Openers Alex Lees and Will Young both scored centuries as Durham reached 287 for four in response to Warwickshire’s 87 all out.

Lees remained unbeaten on 126 with Young falling for 124, the pair having shared 208 for the first wicket.