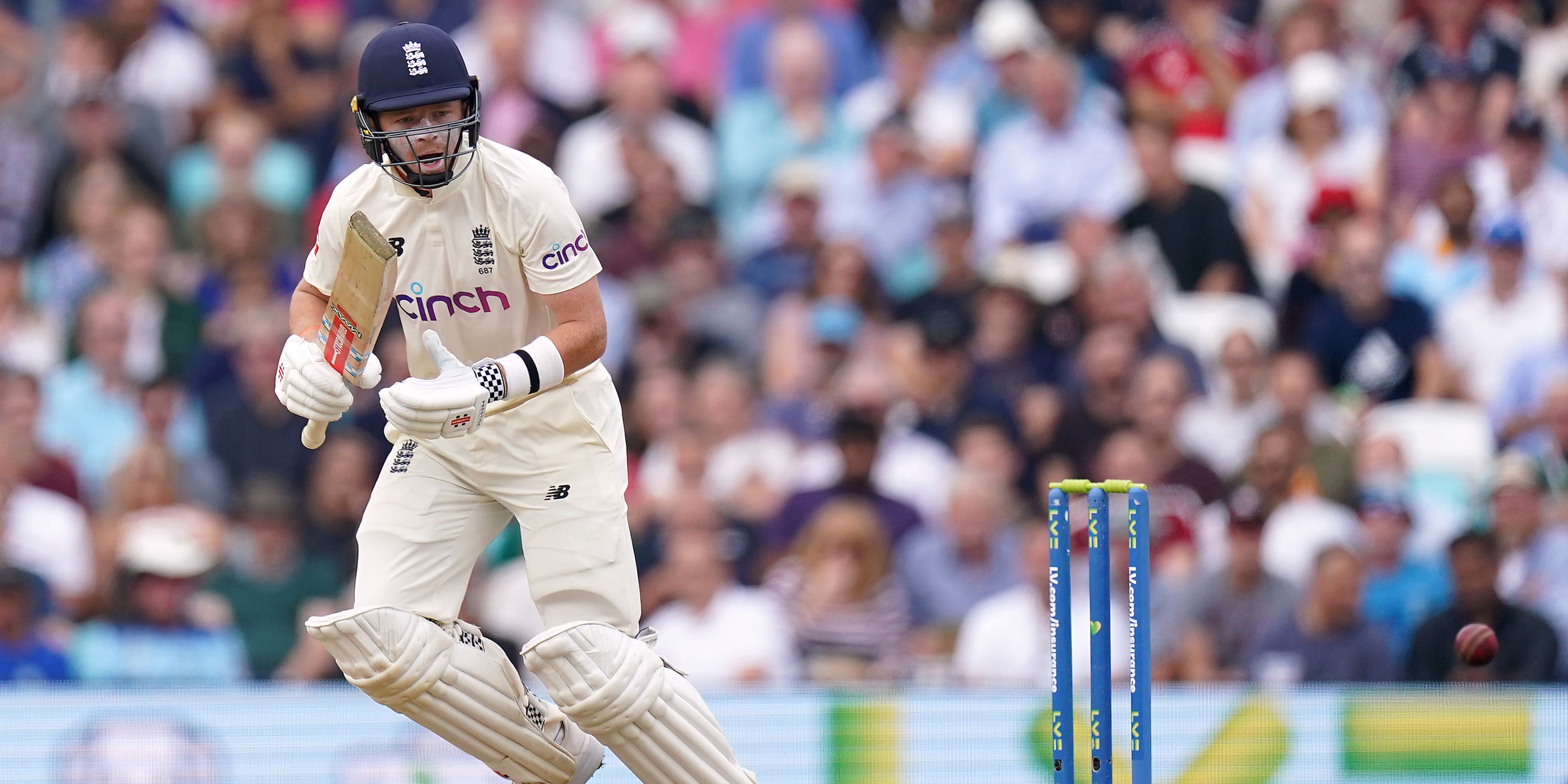 Ollie Pope and Jonny Bairstow halted an England collapse and shared the biggest stand of the match to put India back under pressure on day two of the fourth LV= Insurance Test.

The hosts were in a hole at 62 for five after Umesh Yadav dismissed nightwatchman Craig Overton and a well set Dawid Malan, but put themselves back on track with an unbroken partnership of 77.

At lunch England had advanced to 139 for five, Pope’s 38 not out and Bairstow’s 34no leading the response to India’s 191 all out.

Yadav drew first blood with his fourth delivery of the morning, Overton trying his luck with a lavish slash that flew to Virat Kohli at slip. With Malan having blocked a maiden from Jasprit Bumrah, England had lost their first wicket before adding their first run of the day.

India were giving up nothing, with Bumrah cranking up the pressure at the Vauxhall End and Yadav continuing to impress on his return to the side. Malan survived a high-class examination for half an hour before succumbing, prodding at Yadav as he attacked from round the wicket. Rohit Sharma leapt into action at second slip, diving in front of Kohli to send Malan on his way for 31. At this point, the new Betway sports app was being bombarded with punters backing an India win, much to the delight of their fans.

Things were looking bleak for England but with Yadav and Bumrah coming to their end of their spells, things were about to take a turn for the better. In the space of just two overs the floodgates opened with seven boundaries, completely altering the tone of the session.

Pope was first to unleash, dispatching Shardul Thakur to the ropes four times in a row. He started with a perfectly balanced on-drive, followed with a whip off the pads and four leg-byes and concluded his assault with a dominant pull.

Picking up the baton at the other end, Bairstow took three off Mohammed Siraj – a steer to third man, a risky flip that came perilously close to the mid-wicket catcher and a powerful square cut.

India had lost their grip on the run rate and could not muster a meaningful riposte, despite Bumrah’s best efforts. He returned to the fray and worked over Pope, who came close to dragging on three times before the break.