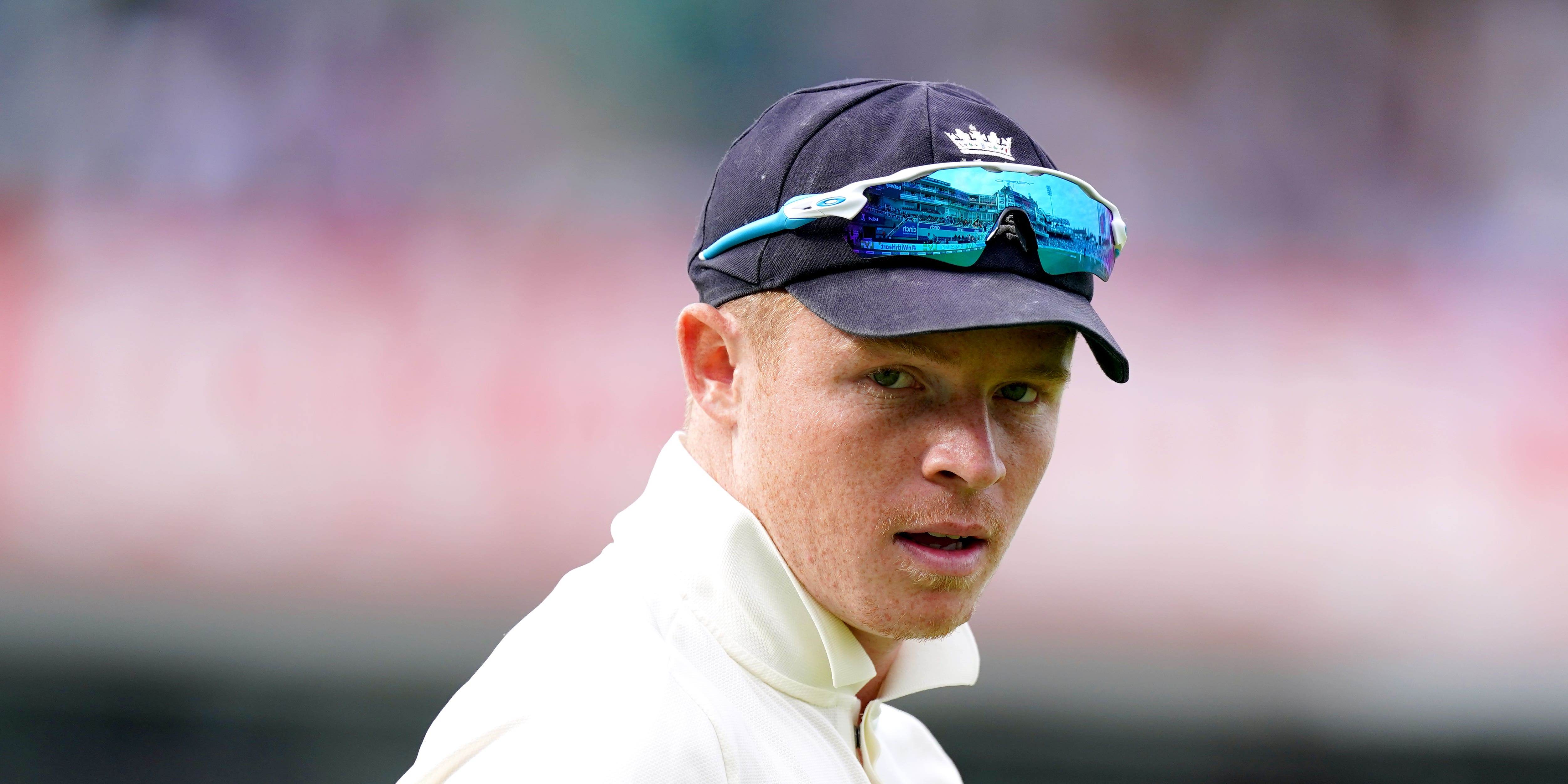 Ollie Pope was kicking himself after falling short of a dream hundred at his home ground as England missed the chance to bat India out of the fourth LV= Insurance Test.

Pope produced the innings of the match on day two at the Kia Oval, batting smartly and securely for 81 in his side’s 290 all out. But he is used to going further at a ground he knows better than any other.

Of the nine times he has passed 50 here for Surrey, he has gone on to celebrate a century on seven occasions. Had he gone big again, it may have left India with nowhere to turn.

As it was England saw their 99-run lead reduced to 56 by the close after an early drop from Rory Burns allowed Rohit Sharma and KL Rahul to see off 16 overs without loss.

“To be honest I think you dream about getting a hundred in front of a packed house at your home ground, I’m gutted not to,” said Pope.

“Hopefully I’ll have some more opportunities in the future but for now I’m happy to contribute to putting the side in a decent position. It’s my first Test at my home ground and a really special occasion for me. I would have loved to get over the line.”

With the pitch having settled down over the course of the second day and a bright weather forecast for Saturday, there is a chance England may have to strap in for some tricky periods against an Indian batting line-up with plenty to prove.

Rohit and Rahul have been their team’s two most bankable players throughout the series but the likes of Cheteshwar Pujara, Ajinkya Rahane and Rishabh Pant are all facing scrutiny over their form.

Virat Kohli, meanwhile, is coming off the back of successive half-centuries and would love nothing more than to follow with a game-changing contribution.

“I think that the pace of the game will probably change a little bit now,” Pope acknowledged.

“We saw in the afternoon that it’s a good pitch now. With that softer ball and the outfield quickening up a little, we might have to toil a bit longer for our wickets. But I think if we can just hang in the right areas as long as we can hopefully we can get our rewards.

“Hopefully the clouds roll in and we can get it swinging but for now it’s quite a nice paced wicket.”

As far as his own game goes, Pope was happy with his return to the side. A run of low scores and a quad injury saw him on the outside looking in for the first three Tests. Jos Buttler’s stint of paternity leave opened up a vacancy that he was ready to fill and he came eager to try out a couple of technical tweaks.

“To be honest I’ve probably watched the way Joe Root has played this series and how he’s gone about it,” he said.

“There’s been some good conversations with coaches and senior players as well and I’ve recognised this Indian attack are very skilled. You’ve got to adapt your game accordingly so I probably decided a couple of weeks ago ‘that’s how I’m going to go about my business’.