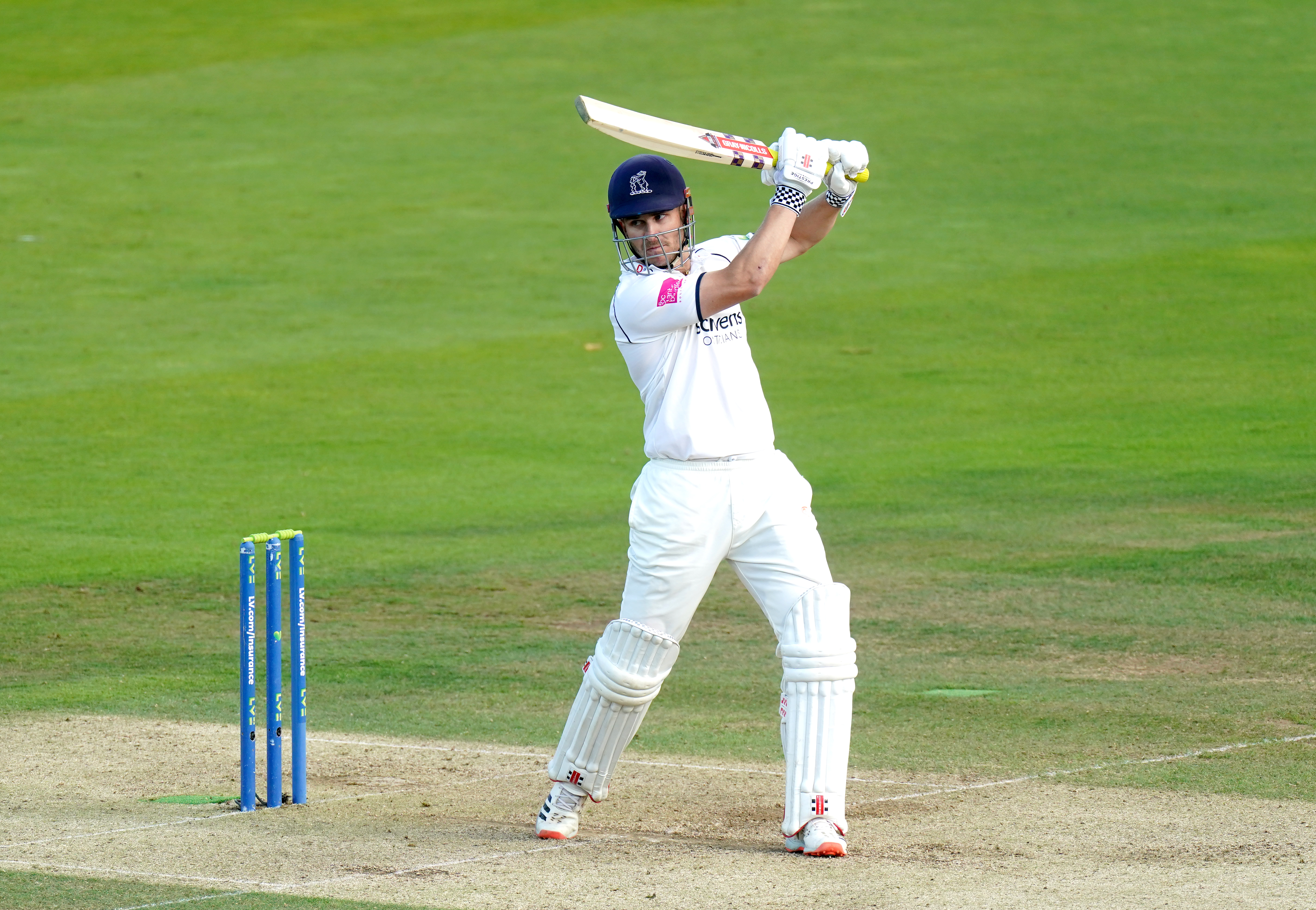 Ollie Pope was moving towards a first century on home soil as England chipped away at New Zealand’s imposing lead on day three of the second LV= Insurance Test at Trent Bridge.

Having watched the tourists rack up 553 in the first innings, England reached 195 for two at lunch in Nottingham, taking advantage of the same helpful conditions that helped the Black Caps make their highest ever total in this country.

With a rapid outfield, clear skies overhead and a Dukes ball that has been more docile than usual, Pope turned his overnight half-century into an unbeaten 84 and will be desperate to go on.

He was handed a surprise promotion to number three this summer by the new captain-coach team of Ben Stokes and Brendon McCullum, who backed his potential after a streaky run of scores in the lower middle order, and is on the way to repaying their faith.

Alex Lees also made a solid contribution of 67 at the top of the order, a maiden half-century for the Durham left-hander in his ninth Test innings, before becoming the only wicket to fall before lunch.

The Kiwis remain in a much handier position, knowing a lead of 358 still leaves plenty of leeway for them to assume control, but Joe Root’s presence on 35 not out will have a settling effect for England fans.

England, who had lost Zak Crawley in the second over of the innings, resumed on 90 for one and added 105 for one in the session.

Lees got them up and running in style, clattering Tim Southee’s third ball of the morning for four through cover point.

The 29-year-old has appeared a freer, more expansive player in the last couple of matches than he appeared during a pensive debut series in the West Indies and he was soon standing tall to hammer Southee in front of square for four more.

Pope was slower to find his feet, twice nibbling at Trent Boult’s left-arm seamers only to see both edges die in front of the slip cordon.

He needed something to settle his nerves and a flowing strike that raced to the cover boundary seemed to do the trick.

Lees reached his first 50 in an England shirt when he turned Kyle Jamieson off his pads for the ninth boundary of his innings.

He had picked his attacking moments astutely all morning but got his judgement wrong when he followed one that Matt Henry got to shape away.

Daryl Mitchell snapped up the outside edge at slip, having dropped both batters on the second evening, ending a 141-run partnership to usher Root to the crease.

Fresh from a match-winning century at Lord’s he started fluently, with an elegant off-drive and swivel pull that scorched to the ropes.

He took the bulk of the strike before lunch, allowing Pope to bed down at the other end.

Root had one scare just before the break, running a cut off the top edge and seeing Southee parry it for four reaching high above his head at second slip.