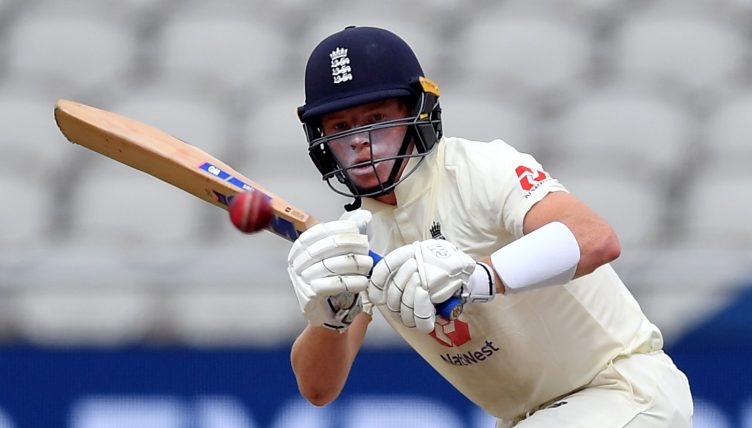 Ollie Pope believes the inaugural edition of The Hundred next year presents an ideal opportunity to put himself in the shop window for England’s white-ball sides and other domestic franchise competitions.

The Surrey batsman was last week awarded a red-ball central contract for the first time, ultimately leading to his move to Welsh Fire in the 100-ball tournament as Southern Brave opted to keep Jofra Archer as their Test mainstay.

While Pope’s Test commitments may restrict his involvement in the new flagship event – postponed by 12 months to 2021 due to coronavirus – he is hopeful of capitalising on any chance he gets for the Cardiff-based franchise.

The prospect of a starring role for his new side could act as a springboard towards Pope realising his ambition of representing England in every format and playing in Twenty20 competitions such as the Indian Premier League.

Pope told the PA news agency: “It’s a great opportunity to put your name out there, learn from the best but also put your name forward a little bit to get on to that next level which could be franchise or international stuff.

“I’d like to see myself as a player that plays all three formats, as a lot of the best do in that England side and across the world.

“But that comes through success at Test level and then going back and when I do play for Surrey and Welsh Fire, if I can put in some good performances there, you can use that as a stepping stone.

“I love my white-ball cricket, I haven’t had the opportunity to play much recently, but it’s something that I take very seriously. If you can keep all three formats going for as long as possible, it’s only a positive.”

Having been an ever-present in England’s Test side in series wins against the West Indies and Pakistan, Pope’s summer in the bio-secure bubble ended in frustration after he dislocated his left shoulder for a second time.

When he first sustained the injury last year he had keyhole surgery but the latest operation required a bone graft and the insertion of metal pins, which is set to keep Pope sidelined until the new year.

He is confident the issue will have no impact on his batting, but he sustained the injury by diving to prevent a boundary while fielding on the penultimate day of the third and final Test against Pakistan at the Ageas Bowl.

Asked whether he may have some trepidation in future about flinging himself around in the field, he said: “I hope not.

“Last time, I’d pick a rainy day and just go out and do some slides on my shoulder as if you do in the field. That will gradually give me the confidence back.

“I’m sure that once I get through those first few dives – there will be a few nerves there at first as there would be having done it twice – then I’m sure it will be at the back of my mind pretty quickly.”

Pope is undergoing rehabilitation with a view to being fully fit when England’s Test side are next back in action, possibly in January – although tours to Sri Lanka and India are yet to be confirmed.

Trips to countries where spin bowling is a major factor present a different challenge for Pope, whose 13-Test career has taken in England, New Zealand and South Africa where pace is the predominant threat.

Pope has only been dismissed three times by spin in 20 innings and despite leg-break bowler Yasir Shah dismissing him in his most recent two knocks, the 22-year-old backs himself on slow and low surfaces having had numerous experiences while representing England Lions and Under-19s on visits to the subcontinent and United Arab Emirates.

He added: “I’m used to conditions out there, I’ve done a fair few trips out there now so I know what to expect and how they’ll be challenging me as a batter.

“I back myself against spin, I found it frustrating getting out to Yasir, he’s a very classy bowler. But in England when you play on some green, nippy wickets and it swings a lot, you don’t want to be getting out to spin too much.

“In my career I haven’t really had issues so far against spin. It was a good learning point but nothing in my mind to really look into, just a good reminder to stay switched on – even against spin in England.”