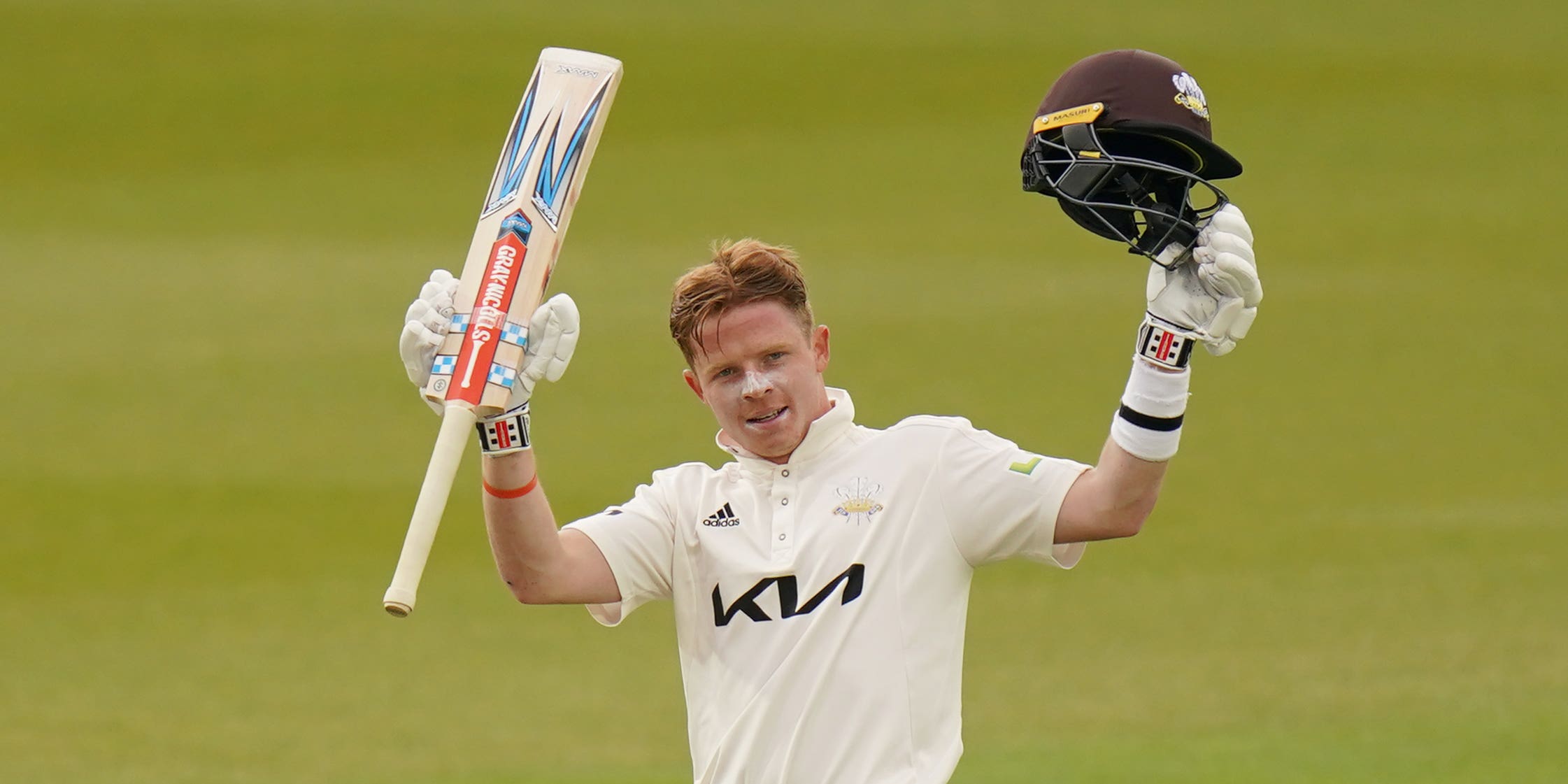 Ollie Pope’s masterful 136 off 131 deliveries lifted Surrey out of trouble against Yorkshire on the opening day of their LV= Insurance County Championship clash.

The Division One leaders staggered to 136 for five after being asked to bat first but Yorkshire were unable to contain Pope, whose flip for six and a reverse sweep for four took him to a 102-ball ton.

It was his 15th first-class century and 10th at the Micky Stewart Oval – renamed for this match in honour of the club great’s 90th birthday – while Pope averages a fraction under 90 on his home ground.

The England batter was cleaned up by Steven Patterson, the pick of Yorkshire’s bowlers with four for 52, but Jordan Clark’s unbeaten 55 helped Surrey to 292 for six before bad light ended the day early.

Hampshire, who started the day just eight points behind Surrey, suffered a real blow to their title hopes after being skittled for their worst total since 1984.

Kent were restricted to 165 at the Ageas Bowl, with Kyle Abbott taking four for 46, but that was put in the shade as Hampshire were all out for a meagre 57 in 16.5 overs.

The innings lasted less than 90 minutes, with seven of their batters making less than three, as Matt Quinn finished with remarkable figures of 6.5-0-23-6.

Kent, though, slipped to 20 for three second time around to lead by 128 after an extraordinary day where 23 wickets fell on a surface which was helpful to seamers but not to an excessive degree.

A total of 26 wickets fell at Chelmsford, with five-wicket hauls for Essex spinner Simon Harmer and Lancashire seamer Tom Bailey.

Lancashire were all out for 131 after deciding to bat then lurched to 25 for six, with Essex being rolled for 107 in between times. Sir Alastair Cook’s 40 was the highest individual effort of the day.

Dom Sibley’s 105 not out ushered Warwickshire to 255 for eight after winning the toss against Gloucestershire at Bristol. Danny Briggs added 65 but became Zafar Gohar’s fourth wicket of the day.

Somerset captain Tom Abell’s 111 underpinned his side’s 271 for four against Northamptonshire at Taunton, while George Bartlett chipped in with 62 after the hosts chose to bat first.

Division Two leaders Nottinghamshire were frustrated by Brett D’Oliveira’s 85 and Gareth Roderick’s unbeaten 91 as Worcestershire went to stumps on 297 for seven after being asked to bat at New Road.

John Simpson’s 92 plus half-centuries from Stephen Eskinazi (64) and Ryan Higgins (53) steered Middlesex to 293 for eight after losing the toss against Leicestershire at Grace Road.

Matthew Potts and Paul Coughlin took three wickets apiece as Sussex were dismissed for 162 against Durham, who had elected to field first and closed on 54 for one at Chester-le-Street.

David Lloyd’s 203 not out, plus Billy Root’s unbeaten 77 in an unbroken stand worth 197, saw Glamorgan pile up 380 for three after being put in by Derbyshire at Sophia Gardens.