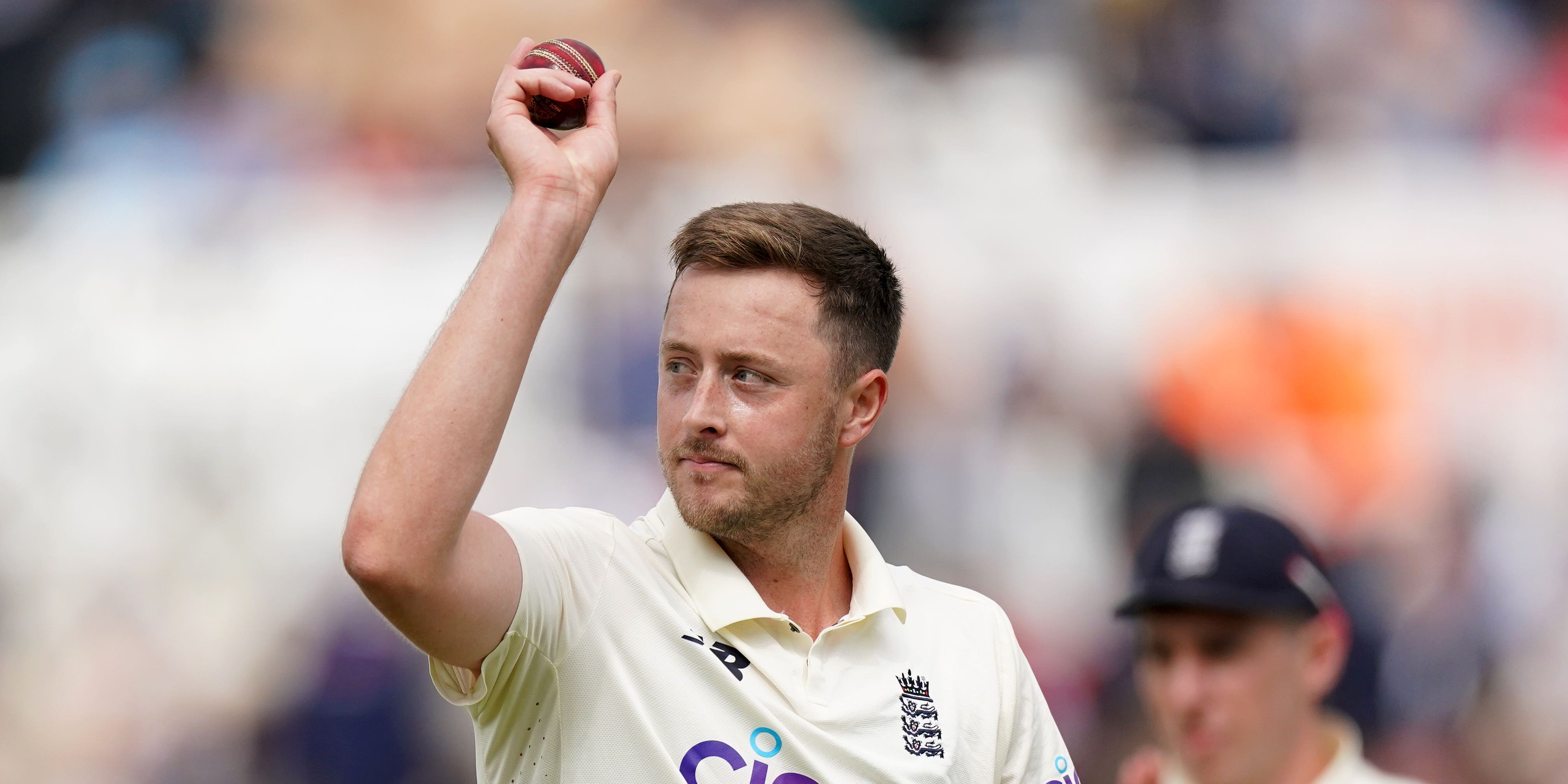 Ollie Robinson claimed a maiden five-wicket haul to help England stay in touch with India in the first LV= Insurance Test and prove off-field controversy has not hindered his on-field ability.

The seamer saw his international debut in June marred by the discovery of offensive historic tweets dating back almost a decade, briefly thrusting him into the centre of a storm that even attracted the attention of the Prime Minister.

Robinson was eventually banned for three matches, with another five suspended for two years, but was back in the XI at Trent Bridge at the first time of asking.

If there was any question of repaying that faith, the 27-year-old did that with figures of five wickets for 85 runs.

It may not have been enough to stop India establishing a potentially decisive lead of 95, but their total of 278 all out would surely have been a great deal higher without Robinson’s persistent interrogation of the touring batsmen.

He grabbed four of the six wickets to fall on the day, with James Anderson responsible for the others, claiming four for 54 to go clear in third in the all-time list of Test wicket-takers with 621.

India, who had KL Rahul’s 84 to thank for their total, would still have felt they had enough to exert real pressure on England’s vulnerable top order but Dom Sibley and Rory Burns saw off 11.1 overs to reach 25 without loss.

England were on something of a roll when rain stalled their progress on Thursday and they had to endure a false start in the morning session on Friday, managing just 11 deliveries before being forced off by showers.

Almost an hour later play resumed, and a gentler shower was allowed to pass through, although that decision was not to everyone’s liking. Rahul seemed keen to take shelter, running towards the pavilion, only to be sent back to the crease by umpire Michael Gough – with a word from James Anderson in his ear.

It was not the first or the last sign of verbal niggles between the two sides, while Anderson and Robinson were both involved in brushes with batsmen that were closer than is usually comfortable in cricketing circles. Neither incident, with Rahul and Mohammed Siraj, was anything to worry about but with four Tests still to go there is already scope for things to heat up.

England’s only wicket of the morning came when a typically frenetic Rishabh Pant stay ended in a working over by Robinson. In the space of a single over Pant sprayed just wide of gully and top-edged a six straight over the wicketkeeper’s head before springing a carefully laid trap by picking out Jonny Bairstow at short cover.

Had Dan Lawrence managed to run out Ravindra Jadeja when he was fresh to the crease England might even have fancied themselves to wrap things up in a hurry. Instead, his throw missed the target, India were eight ahead by lunch and Jadeja went on to score a crucial 56.

The pace picked up dramatically in the afternoon, with India adding another 97 for the loss of their last five wickets.

Joe Root put Rahul down on 78 in the first over the session, Anderson frustrated again as he had been when the opener was on 52 a day earlier. It was third time lucky soon after, with a constrictive line and length yielding yet another edge, which settled neatly in Jos Buttler’s gloves.

Shardul Thakur represented easy pickings for Anderson’s fourth wicket of the innings, a dismissal which which persuaded Jadeja to hit the accelerator. He signalled his intent by flicking Anderson for six over fine leg and was soon celebrating his half-century with a cut for four.

He could not keep it up, though, a wild heave off Robinson spiralling to Stuart Broad at mid off. The Sussex seamer pressed a finger to his lips as a parting message to Jadeja, offering further evidence of simmering tension in the middle.

At eight down India were 49 ahead and they would have been delighted to almost double that with their final two wickets.

The tail flailed their bats with abandon, going aerial almost every time, but mustered four fours and a six to crank up the pressure on England’s imminent second innings.

Robinson eventually ended things with the second new ball, cleaning up Mohammed Shami and benefiting from one wild shot too many from a playful Jasprit Bumrah (28).

Burns and Sibley blocked out six overs before tea and another 5.1 after before dark skies and more rain robbed the match of more valuable time.