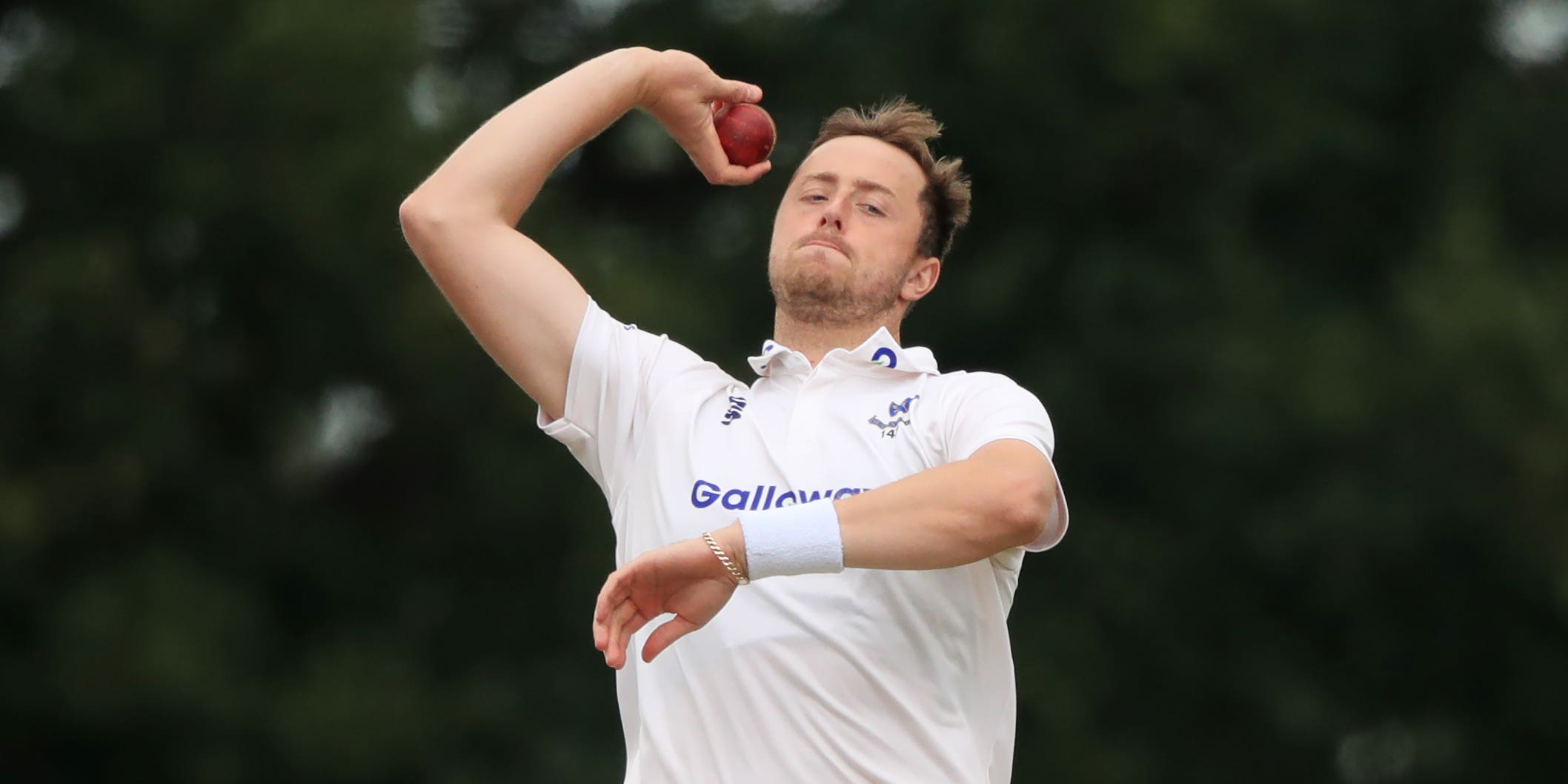 England hopeful Ollie Robinson believes he is as primed as he will ever be for a Test debut as the fast bowler revealed a fierce competitive streak could lead to him “getting in New Zealand’s faces”.

Robinson is one of county cricket’s most prolific performers, with 279 first-class wickets at an average of 21.04, but a Test chance has proved elusive because of the abundance of bowling options England have at their disposal.

However, injuries and the decision to rest those who have been involved in the Indian Premier League for the first assignment of the English summer – a two-Test series against New Zealand – looks set to open the door for Robinson.

The 6ft 5in seamer, who has spent long stretches working with the Test squad over the past year, feels equipped to make his bow against the Kiwis at Lord’s on Wednesday because of the assiduous preparation he is renowned for.

What might be less well known is the “white-line fever” he develops whenever he steps on to the field of play, and Robinson insists he will not take a backward step if he is given an opportunity to pull on the Test whites.

“I do feel like if I get my chance I am ready,” he said. “I don’t feel too nervous at the moment and I feel like I should take to it fairly well.

“I’m just excited by the opportunity and hopefully I can make my debut on Wednesday.

“I’d say I am a wholehearted cricketer. As soon as I cross the white line, there’s a different edge to me which people might not have seen from county cricket.

“I will be getting in New Zealand’s faces and trying to gee the boys up a bit. Just bringing that little extra edge hopefully next week and I’ll be going fairly hard.

“Any game of cricket that I play, I always play at 110 per cent. I call it ‘white line fever’ where I’m a changed character when I go on the field.

“It just gives me that little extra boost when I’m able to go at players and bowl at better players and go at them. I definitely feel like I have got different gears that I can step up to in Test cricket.”

The 27-year-old may lack the express pace of others pushing for a place in Wednesday’s line-up, such as Mark Wood and Olly Stone, but Robinson believes he has plenty of important qualities which could prove handy for England.

“I’ve just got to back my skill and back my ability,” he said.

“There’s people that have averaged 21 in Test cricket who bowl slower than I do. I’ll use all my attributes – my height, my skill – and hopefully it’ll stand me in good stead.”

Robinson’s meticulous preparation and eye for detail means he has already been looking at ways to take top-order wickets, with Black Caps captain Kane Williamson – a former Yorkshire team-mate – the obvious focus.

“I won’t reveal too much yet but I have done quite a lot of research on their top four especially,” he added.

“I have watched a lot of footage of them batting. I’ve been trying to work how I am going to go about getting them out and setting them up.

“Williamson is obviously the main one. It looks like swinging it away from him, setting him up, pulling him across the crease and then using the crease with the nip backer to get him looks like a solid option.

“That will be Plan A. If he gets a few more we have got a few Plans Bs and Cs in the background.”