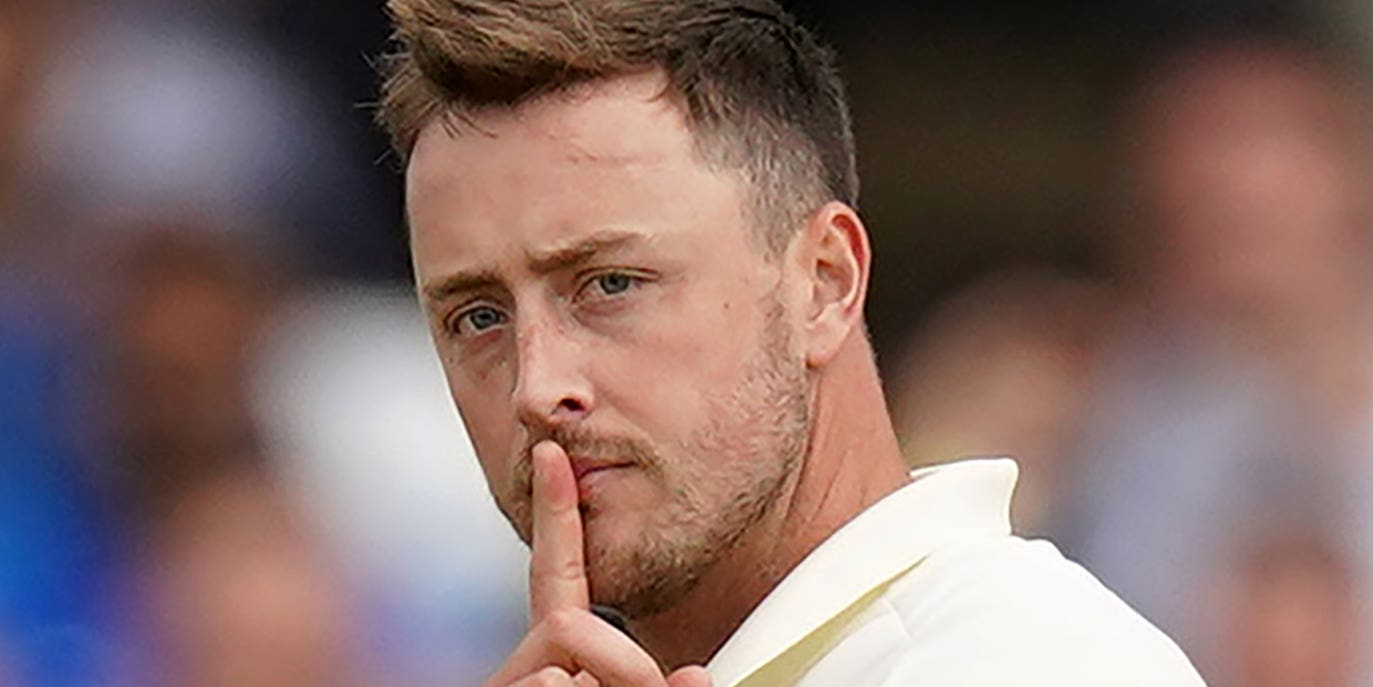 England sustained a first-innings deficit of 95 in the first LV= Insurance Test against India, with Ollie Robinson’s maiden five-wicket haul helping them keep the tourists’ lead in double figures.

The tourists were dismissed for 278 on day three at Trent Bridge, KL Rahul top-scoring with 84, before openers Rory Burns and Dom Sibley batted out six overs for 11 runs.

Robinson, back in the side for the first time since the emergence of offensive tweets marred his debut in June, took four of the six wickets to fall as he claimed with well-deserved figures of five for 85.

James Anderson grabbed the other two to finish with four for 54, going clear third on Test cricket’s all-time list with 621 scalps. England will feel they could have done more, with some loose catching and a lack of ruthlessness on a handful of run-out chances, but have plenty of time to get back in the game.

There was a false start as India began on 125 for four, with just 11 deliveries possible before rain forced the players off. Almost an hour was lost but once they did resume a second, gentler shower was allowed to pass through.

Rahul seemed keener than most to take shelter, running off in the direction of the pavilion only to be sent back to the crease by umpire Michael Gough, with a word from Anderson in his ear. It was not the first or the last sign of niggle between the two sides, with Anderson and Robinson both involved in brushes with batsmen that were closer than is usually comfortable in cricketing circles.

At the other end Rishabh Pant turned in a typically frenetic stay, charging Anderson, playing and missing and eventually being worked over by Robinson. One half chance sprayed just wide of gully, a chunky top edge sailed over the wicketkeeper for an unearned six and then he sprung a carefully laid trap by picking out Jonny Bairstow at short cover.

Dan Lawrence was off target when he missed a relatively simple run out against new man Ravindra Jadeja and by the end of the session India had crept into an eight-run lead.

The pace picked up dramatically in the afternoon, with India adding another 97 for the loss of their last five wickets. The ball should have been rolling in the first over back but Anderson was frustrated when Joe Root put down Rahul at first slip. Reprieved on 78, as he had been by Sibley on 52 on day two, he scored only six more before Anderson’s relentless interrogation yielded an edge that Jos Butter did hang on to.

Shardul Thakur represented easy pickings for his fourth of the innings, which was the signal for Jadeja to hit the accelerator. He outlined his intent by flicking Anderson for six over fine leg and was soon celebrating his half-century with a cut for four. A wild heave off Robinson sailed high to Stuart Broad at mid-off, and the Sussex seamer pressed a finger to his lips as a parting message – further evidence of tension in the middle.

At that stage England had the lead just below 50, but India swung hard and rode their luck to put on 46 for the last two wickets. The ball was almost constantly in the air, finding unlikely gaps in the field, but they were important runs that amplified the pressure on England’s imminent second innings.

Robinson ended things with the new ball, bowling Mohammed Shami and benefiting from one wild shot too many from Jasprit Bumrah (28). Burns and Sibley approached a brief mini-session with caution, safely reaching the break without drama.