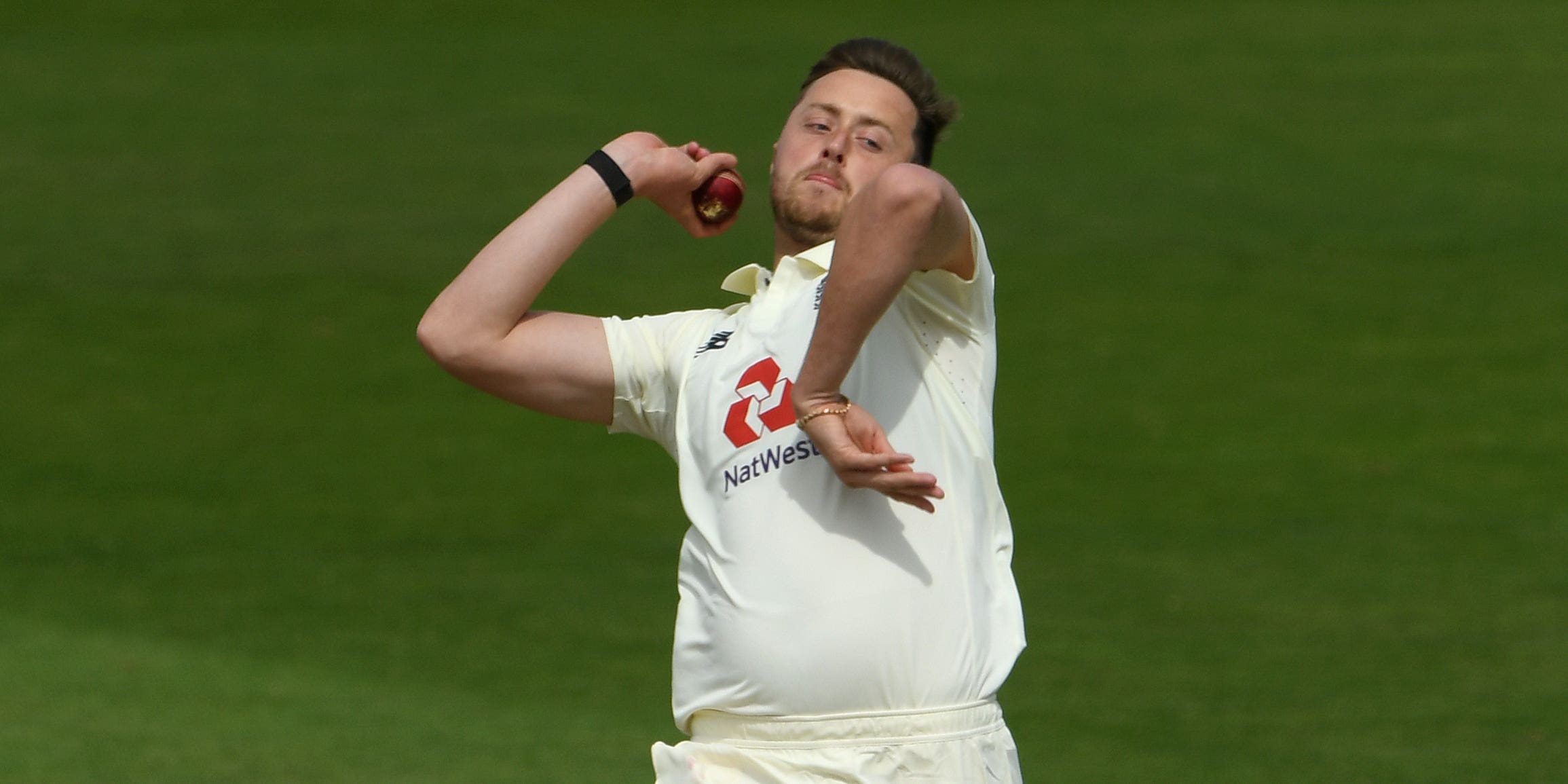 Ollie Robinson has spent much of the last year shadowing the two most prolific seamers in England’s history and feels closer than ever to being rewarded with a Test cap.

Robinson has been a familiar face around England’s red-ball squad since last summer, when he shuttled between the bio-secure bubbles of Emirates Old Trafford and the Ageas Bowl as part of an expanded player pool, and more recently spending two months in Sri Lanka and India as a reserve.

The closest he has got to earning a debut came when his Hove team-mate Jofra Archer breached coronavirus protocols on the eve of a Test against the West Indies but, even though the call has never come, Robinson has taken full advantage of his experiences.

By travelling, netting, chatting and watching two all-time greats in James Anderson and Stuart Broad – who boast 306 Test appearances and 1,131 wickets between them – he has had the ultimate crash course for the next step of his career.

“I feel I have learned a lot from Broady and Jimmy,” he said. “Just to talk to them for the past few months has been invaluable.

“I’ve learned a lot skill-wise and also off-the-field stuff as well. Jimmy is nearly 39 now but is probably the fittest he has ever been. Seeing him in person, working every day is what has stuck with me – how well he trains and how hard he trains every day. It’s about making that a habit as well and not just an England thing as well.

“England have drilled that into me, that they want me to work just as hard for Sussex as I did with them. If I want to have a long international career, that’s what I’ve got to do for the rest of my career.

“Hopefully with the winter I’ve had with England, my bowling and fitness work and my cricket in general, I can start flying really.”

Robinson’s duties supporting the national side meant he was only free to make two appearances in last year’s Bob Willis Trophy, but still managed to hoover up 14 wickets at just 12.50 apiece.

That took his first-class record 250 scalps at 21.78 – the kind of numbers that tend to warrant higher honours – and he will soon have an extended chance to lead the Sussex attack, starting in the first round of LV= Insurance County Championship fixtures next week.

Should he maintain his usual standards, he has been given every encouragement about his prospects of lining up for his country in the months to follow.

Asked if he felt closer than ever to a full England cap, the 27-year-old said: “Yes, I think so. They’ve said to me, ‘look towards the New Zealand series in June’. That is my aim at the moment – start the season well with Sussex – and hopefully I can get in that squad and in the XI.”

:: LV= Insurance is the new title partner of the County Championship. The season begins on April 8 with champions Essex taking on Worcestershire. For more information visit lv.com/gi/cricket