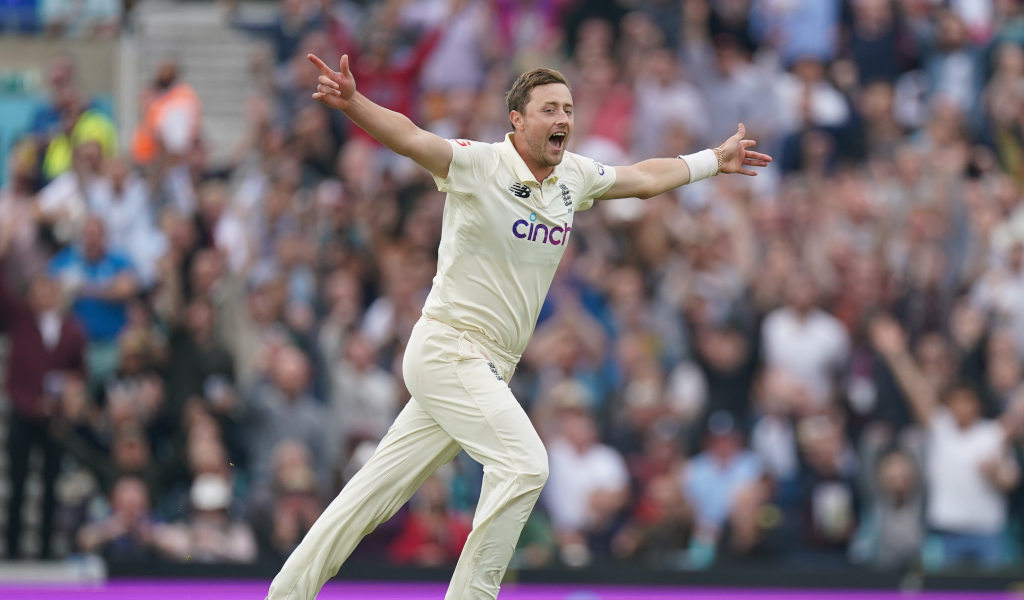 Ollie Robinson caught the Ashes bug following Andrew Flintoff’s England team around Australia as a teenager but is confident he can help deliver a different result this time around.

Robinson, who is inked in to take the field in the series opener in Brisbane on Wednesday, took an extended Christmas break from his private school in Canterbury to travel Down Under for the 2006-07 contest.

A 5-0 whitewash may not have been the scoreline he hoped for but the trip proved a formative experience for the young Robinson, who was particularly drawn to Flintoff’s combative style.

Fifteen years on he will be the man in the middle at The Gabba and is bullish about the prospects of regaining the urn.

“I haven’t been here before to play but I watched the Test match here when I was 13,” he said.

“That was pretty special and I was lucky to be here. There were moments in that series that I remember, I think ‘Freddie’ got 80 one day (in Sydney) and I remember thinking he just took it to the Aussies.

“Growing up that’s what I wanted to do and how I wanted to play my cricket. It’s massively inspiring to watch that as a youngster and now hopefully try and emulate how Flintoff and other players went about it. I feel we are definitely the underdogs but we can take the urn home.”

Although a five-cap rookie, Robinson has already proved his quality with 28 wickets at an average of 19.60 and also showed during a highly-charged series against India this summer that he is no shrinking violet on the international stage.

He was happy to exchange a few words with Virat Kohli’s men and does not seem likely to back down in the coming weeks either.

“I don’t think I, as a person, could keep my head down if I tried,” he explained.

“It’s just home fans here as well, so we have to be ready for them to come hard at us and the challenge is going to be tough.

“I’m definitely going to be trying to get under their skins and try and sort of unsettle them as it were, batters and bowlers really. If I can get them off their rhythm then we’re winning, so it’s something you’ll definitely see and hopefully we will come out on top.”

Asked about the attention he expected to received in return, he was no more conciliatory.

“The Aussie chat is pretty horrendous if I’m honest,” he added.

Ollie Robinson and England in a good space

Both teams have been light on meaningful practice, with persistent rain in Queensland reducing the warm-up schedule to a few chaotic sessions rather than the planned multi-day matches.

But while England have had a typically busy year of Test cricket at home and abroad, Australia have not donned their Baggy Greens since defeat at home to India in January. With their multi-format players also arriving at the last possible moment due to their victory at the recent T20 World Cup, Robinson believes England have their noses in front when it comes to readiness.

“It’s obviously not been ideal preparation, it’s been tough, but as a group we feel we’ve made do with what we’ve been given,” he said.

“We feel in a good place and we feel ahead of the Aussies which is the main thing. They were at the World Cup (final) and in quarantine so they are probably a few weeks behind us. We feel like we have some good work in us since being here and hopefully that will give us the edge in the first Test.”