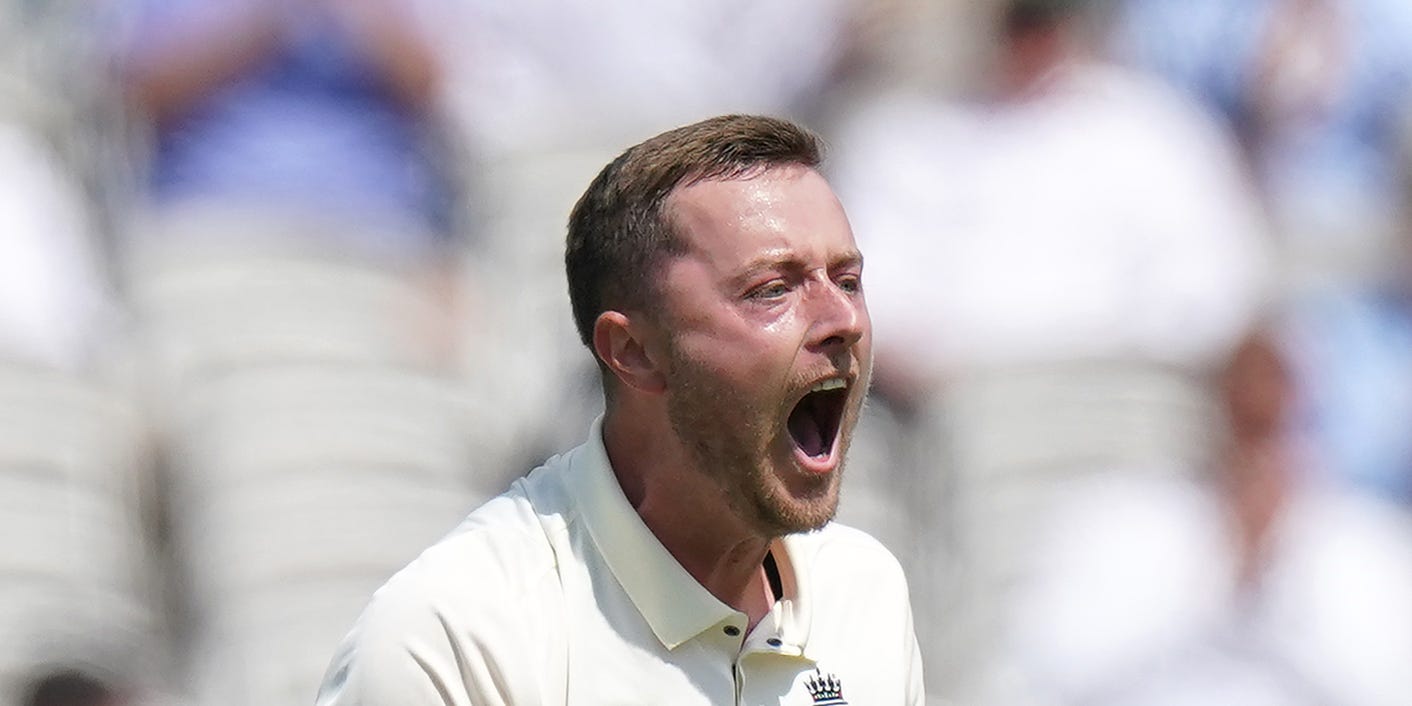 Ollie Robinson crowned his England debut with his first Test wicket on the opening morning against New Zealand but it was the only breakthrough of the session at Lord’s.

Robinson, making his first international appearance alongside wicketkeeper James Bracey, bowled Tom Latham but the Black Caps went to lunch on 85 for one after winning the toss on an easy-paced pitch under gloriously sunny skies.

There was no room in England’s XI for a specialist spinner as they played in front of a crowd at home for the first time since 2019, with Robinson joining James Anderson, Stuart Broad and Mark Wood in an all-seam attack.

Anderson, making his 161st Test appearance, equalling the record for most capped England player, and stand-in vice-captain Broad were largely subdued, but Robinson showed promise while Wood threatened with pace.

South Africa-born Devon Conway made his Test bow for the Kiwis but had to wait until the start of the fourth over for his first delivery as Latham farmed the strike following the teams’ ‘Moment of Unity’ before play started.

Conway looked supreme on the front foot, driving Broad then Anderson authoritatively through the covers after they had overpitched as England’s veteran seamers toiled away on a pitch that was offering little sideways movement.

Robinson came in for his first bowl in the 10th over, overstepping with his first ball, but settled into a metronomic routine thereafter, and it was the Sussex seamer who came to the fore shortly after drinks.

He had cast doubt in Latham’s mind from the previous delivery, beating him on the outside, and the left-hander then got neither forward nor back as he hung out his bat, the ball taking an inside edge before hitting the stumps.

Latham’s downfall for 23 was followed by Wood’s introduction into the attack, with the quick hitting mid-90mph speeds in his first over, drawing gasps from those in attendance. Around 7,500 fans are expected per day.

While Conway looked a little troubled by the extra pace, particularly when he was forced on the back foot, he ended the session seven short of his half-century, with Kiwi captain Kane Williamson on 13 not out.