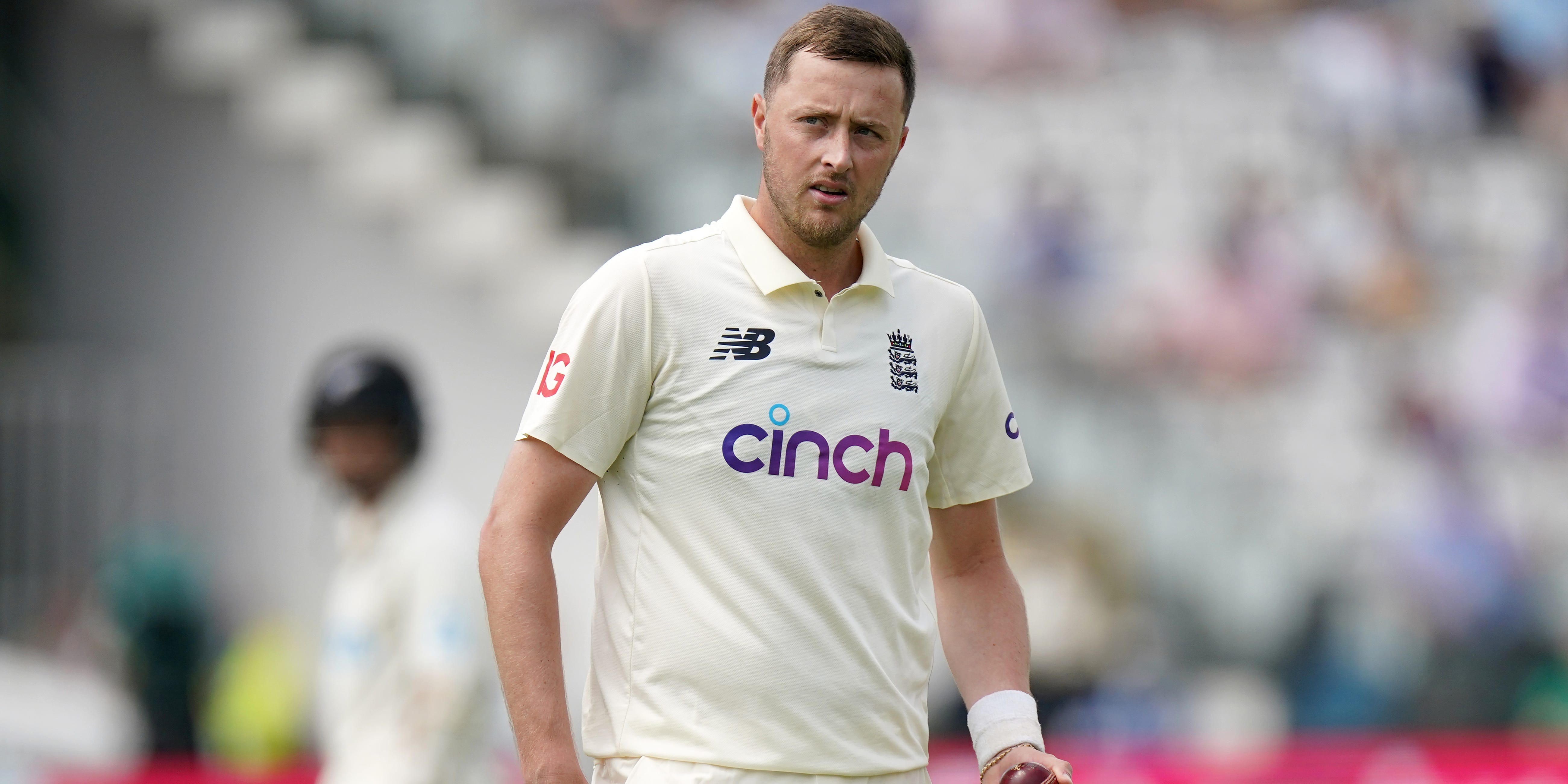 England assistant Graham Thorpe praised the resilience of Ollie Robinson after the seamer shone against New Zealand at Lord’s a day after his unreserved apology for his historical tweets that were racist and sexist in nature.

Robinson, now 27, said he was “embarrassed” and “ashamed” of the posts he made in 2012 and 2013 when he was in his late teens, which were unearthed on Wednesday and shared online as the bowler was making his international debut.

While the issue has overshadowed his bow in the first Test against the Kiwis, he finished with four for 75 and was only denied a five-wicket haul and a place on the honours board by Stuart Broad shelling a straightforward catch.

“It was a tough day for him yesterday, obviously,” said Thorpe at the close of play on Thursday. “He had to say sorry to the dressing room and to the world about what he did.

“It’s very hard for him but he knows he’s made mistakes and at the end of the day that’s why he had to make those apologies. But in our dressing room we had to support him as well.

“We were really pleased that he showed good character and he had to be pretty resilient because whatever he’s done it’s still not easy to go back out onto the stage and perform. I thought his level of performance was exceptional in that first innings.”

The incident involving Robinson will be investigated by the England and Wales Cricket Board while there is a growing sense players’ past social media entries should be vetted more thoroughly in future.

“If something like this has happened it’s clearly something going forward that might need to be looked at so that a day like yesterday doesn’t happen,” said Thorpe.

Robinson’s efforts, allied to a three-wicket burst on the second morning from Mark Wood, were instrumental in England’s fightback as New Zealand slipped from 288 for three to 378 all out after winning the toss.

The Black Caps, who lost four wickets for the addition of just six runs at one stage, claimed the wickets of Dom Sibley and Zak Crawley early into the reply but Rory Burns (59no) and Joe Root (42no) took England to 111 for two at stumps.

“We had to stick together, we had to talk about it, we had to get it out and come back in fresh again and stand up and do our jobs as well,” added Thorpe.

“That could have potentially got away from us but we’ve now given ourselves a chance and if we can bat well throughout (Friday) then we’ll be in a position where hopefully we can put some pressure back on to New Zealand. But we’ve still got a lot of hard work to do with the bat.”

Devon Conway crowned his maiden Test match with a superb 200 – remaining composed even as wickets tumbled at the other end. He was unable to carry his bat after being last man out, short of his ground as he ran back to the non-striker’s end.

Nevertheless, he became just the seventh batsman – and second New Zealander after Mathew Sinclair – to make a double hundred on debut.

Seamer Tim Southee said: “It was an incredible innings. He’s a special player, we’ve known that for a little while now. He works extremely hard, he’s always willing to learn and continue to ask questions. Everyone’s just extremely proud and pleased for him.”

Asked about how New Zealand are placed after the second day, Southee responded: “I think it’s reasonably evenly poised. It’s shaping up to be tough but a good three days to go.”