Ollie Robinson revels in his ‘proudest moment as an England cricketer’ 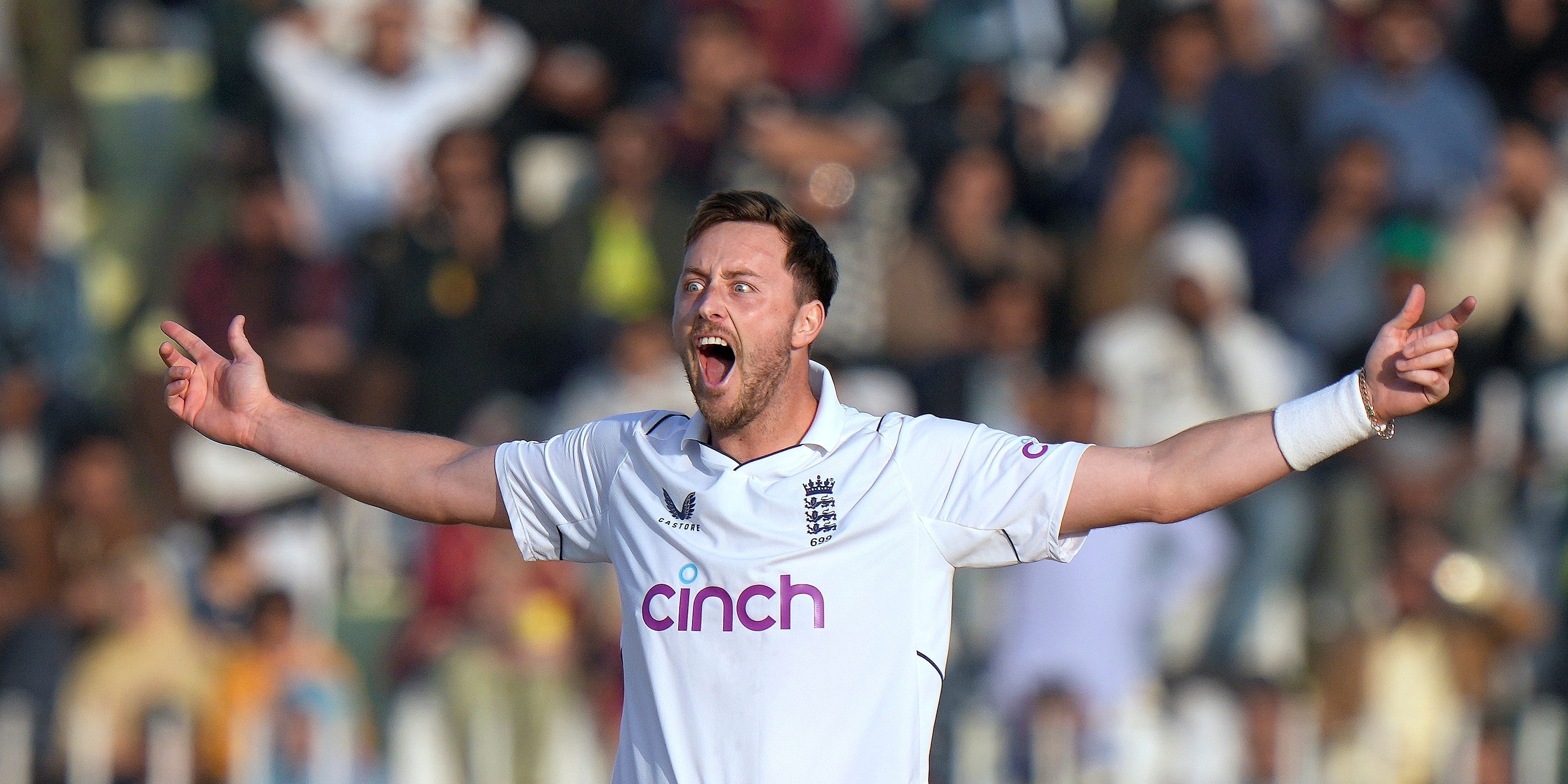 Ollie Robinson has described England’s famous 74-run victory in the final session of the first Test against Pakistan as his proudest moment for the national team.

England clinched an unlikely victory in Rawalpindi, taking five wickets in the closing session on a flat pitch after Pakistan had resumed after tea requiring just 86 more runs to win.

The tourists had been toiling away without reward before Robinson claimed two quick wickets in his first Test on the subcontinent to change the momentum of the match.

Robinson finished the second innings with four for 50 on a lifeless surface and hailed it as his proudest day as an England cricketer.

“Yeah (it is), comfortably,” the England swing bowler said.

“I think all the hard work I’ve put in over the last 18 months, the dark places that I’ve been, to come here to Pakistan and take 20 wickets on that wicket is my proudest moment as an England cricketer. Definitely.”

The 29-year-old was dropped from the squad following a disappointing winter in Australia and the West Indies, which raised serious fitness concerns.

Robinson was left out for England’s series against New Zealand and only recalled for the final two Tests of the summer against South Africa, but he worked hard to win back his place in the side and believes the fitness issues are behind him.

“I woke up this morning, I didn’t feel sore. And I think that’s a great sign for where I’m at and where my body’s at,” he said.

“So I’m very proud of the work that I’ve done and the England backroom staff and how good they’ve been with me and got me into this place.

“So it’s just been a really good team effort and I’m chuffed to be here now.”

England’s bold tactics paid off following their unorthodox declaration as they managed to secure a result on a pitch where just 14 wickets fell across five days when Australia visited in March.

Robinson said he had not seen a pitch offering less to the bowlers in his career.

“Never. I’ve never seen anything like that. I’ve never not been able to bounce the ball up over the stumps,” he said.

“Fair play to all 11 of us really, I think the team performance from everyone.

“It’s one of those games you need all 11 players to pull as hard as they can in one direction. And I think we did that really well. And obviously the light’s just gone and we just got the victory.”