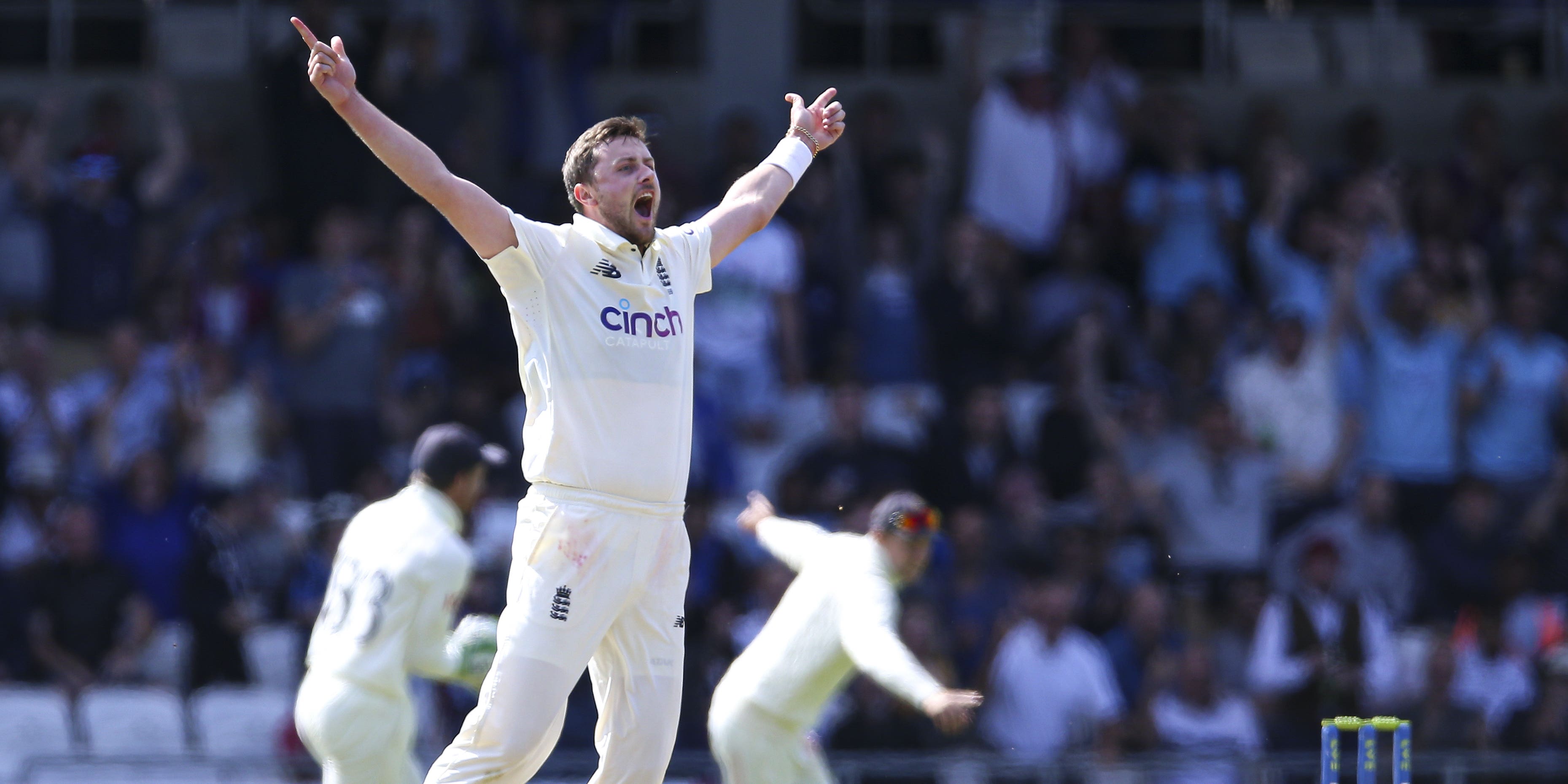 Ollie Robinson produced a dazzling display of seam bowling as England steamrollered India on the fourth morning of the Headingley Test, romping to victory by an innings and 76 runs.

The tourists had scraped and clawed their way back into the game on day three, reaching 215 for two to clear much of their foreboding 354-run deficit, but saw their resistance reduced to rubble as England squared the LV= Insurance Series 1-1 in emphatic fashion.

England took eight wickets for 63 as they blew their rivals away with a relentless whirlwind of probing pace bowling and unflappable catching. Robinson was the star performer, taking four big wickets to wrap up fine figures of five for 65.

James Anderson and Moeen Ali took one apiece as the pressure piled up, before Craig Overton mopped things up to leave India shellshocked at 278 all out.