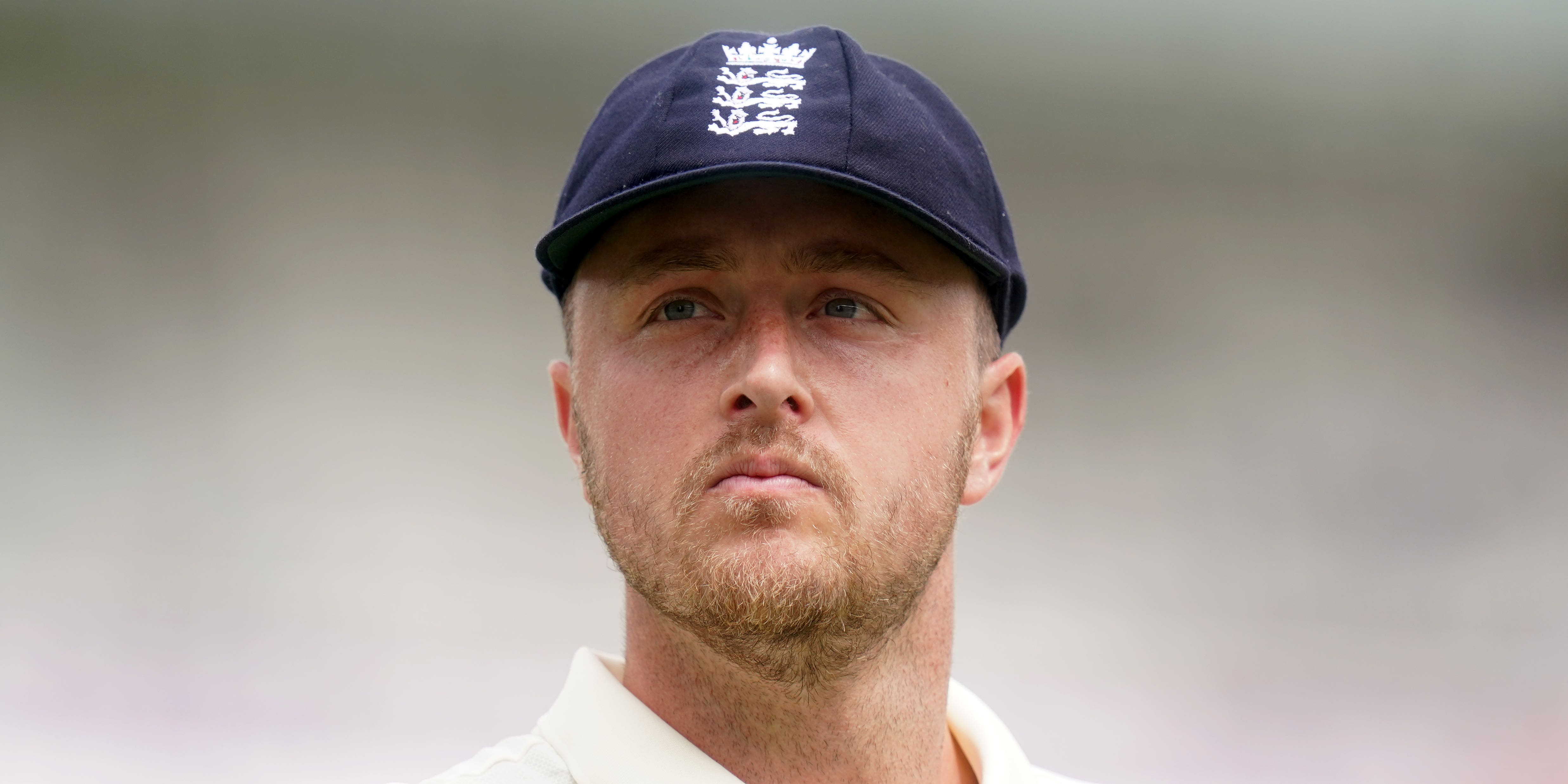 England seamer Ollie Robinson has decided to take a short break from cricket.

The 27-year-old missed the second Test against New Zealand after being suspended from all international cricket pending the outcome of a disciplinary investigation into historical racist and sexist tweets.

Robinson issued an apology for the posts he sent in 2012 and 2013, when he was in his late teens, which were unearthed and shared online on the day he made his England debut against the Black Caps earlier this month.

A statement from the player’s county, Sussex, announced: “After a difficult week, Ollie has decided to take a short break from the game to spend time with his young family.”

Confirming Robinson would not be part of the Sharks squad for the team’s opening two Vitality Blast fixtures against Gloucestershire and Hampshire, the statement continued: “Player and staff welfare – including mental health and wellbeing – is a priority for the club and, as such, Sussex Cricket fully supports Ollie in his decision.

“When he is ready to return, Ollie will be welcomed back to the club, where discussions with the remainder of the squad over the last week have made clear that he retains the support of all his Sussex team-mates.

“We remain in close contact with Ollie from a welfare perspective and will issue further updates on his availability at the relevant times.”

Robinson made an impression on the field in the first Test at Lord’s with seven wickets but was dropped from the squad for the series decider against the Black Caps, which started on Thursday at Edgbaston.

The statement continued: “Another of Sussex Cricket’s priorities is making cricket a game for everyone in our community.

“Ollie’s tweets were completely unacceptable, and their content is totally at odds with our stated ambition to inspire people from every background in our county to say, ‘I feel part of Sussex Cricket’.

“Ollie is a very different man from the one that wrote those tweets and has clearly learned much in the intervening years. He has made clear the shame, embarrassment and remorse he feels for the discriminatory comments he made.

“As a result of his actions, Ollie has had the opportunity to represent his country suspended, is at the centre of intense public and media scrutiny and faces the possibility of further disciplinary action from the ECB.

“Sussex Cricket will not be adding to these significant penalties. The club will turn its attention to supporting Ollie in his commitment to continue to educate himself in the area of equality, diversity and inclusion.

“Ollie has more to learn in this area. We all do. We all have a responsibility to improve and to make cricket a game for everybody.”

Sussex’s statement highlighted how they created an equality, diversity and inclusion sub-committee of the board in 2020, with the aim to challenge non-inclusive behaviours in the club’s organisation and introduce regular consultation with employees, customers, volunteers, officials and players to find areas where the county can improve.

Robinson, who moved to the club in 2015, has impressed since his switch in all formats.

“Everyone at the club is committed to furthering our understanding of equality, diversity and inclusion through education,” the Sussex statement added.

“This will be an ongoing focus for us and one that will take time. As evident in society as a whole, there are no quick fixes to address these deep-rooted issues.

“Ollie, as well as everyone else at Sussex Cricket, will be involved in our efforts to make sure we as an organisation build on the work we have already done and continue to get better.”