Home News On This Day: Brian Lara hits 375 against England

On This Day: Brian Lara hits 375 against England 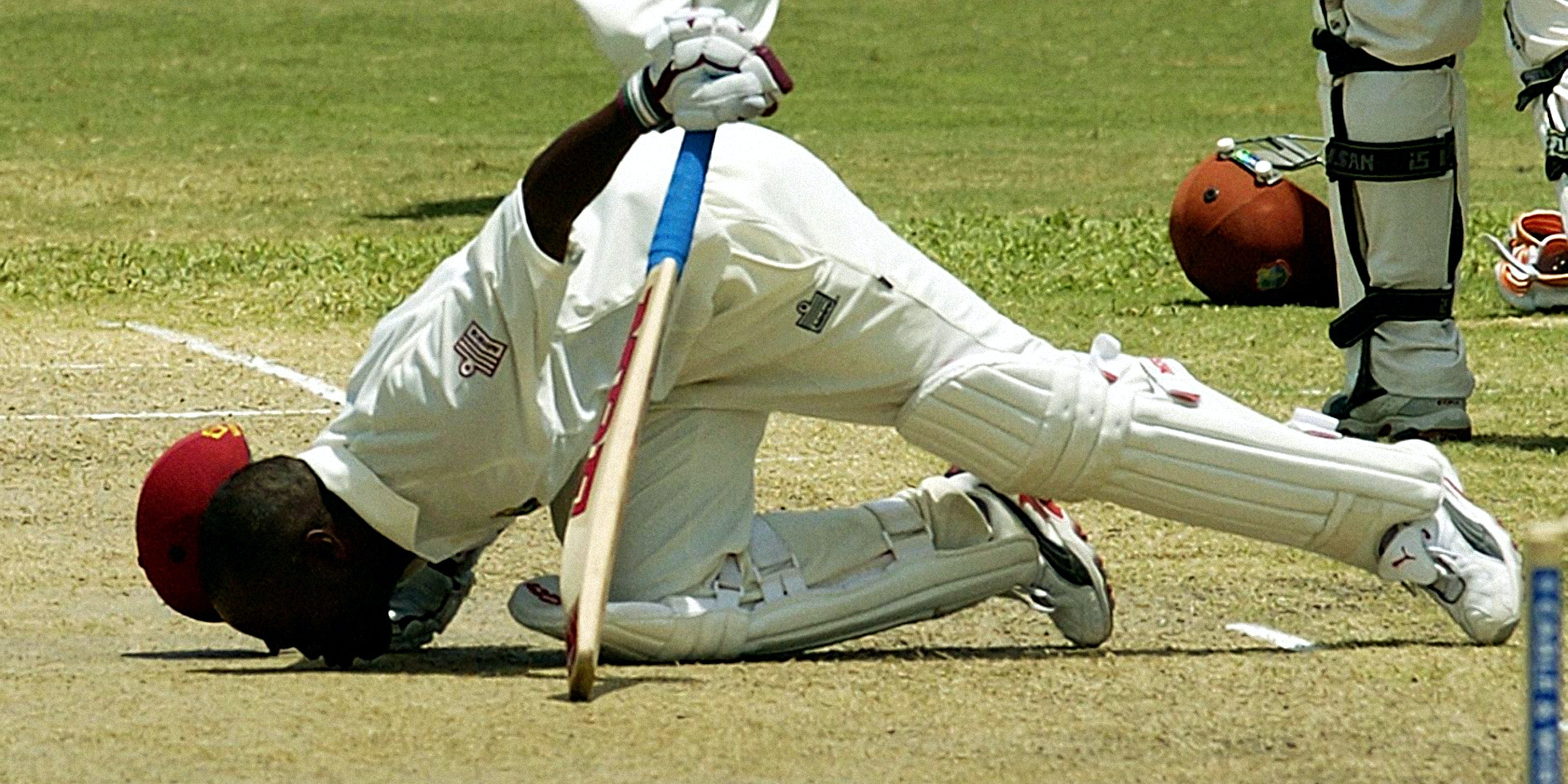 Brian Lara sealed his place in cricket’s history books on April 18, 1994 as he blazed his way to a then world-record score of 375 against England.

Here, the PA news agency looks at that innings, the world record and Lara’s glittering career.

The game at St John’s in Antigua was the fifth match of a series West Indies had already wrapped up. Lara walked to the crease in the first innings of the game at 11 for one – which quickly became 12 for one – and never looked back. In his 12th Test, he was at the crease for over 12 hours and hit 45 boundaries during his 538-ball knock. Other than half-centuries from Jimmy Adams and Shivnarine Chanderpaul, it was a one-man show as Lara flayed England all around the park. They posted 593 for five declared, a total England matched as the Test was drawn.

Lara surpassed compatriot Garfield Sobers’ 365, which had stood since 1958. Sobers was at the ground in Antigua to watch as his record fell. Lara remained top of the pile for almost a decade until Australian Matthew Hayden’s blistering 380 – including 11 sixes – against Zimbabwe in Perth in October 2003.

Back on top again

Remarkably, Lara would claim the record again just six months later. It was England again who fell victim to the left-handers’ magic and St John’s was the venue once more. Michael Vaughan’s seam attack, which would win the Ashes a year later, had no answer as West Indies captain Lara made an unbeaten 400. West Indies made 751 for five declared, but Lara’s history-making innings drew criticism by those who claimed he prevented his side from victory in the drawn Test.

Lara was not content making history on the international stage. The Trinidadian had a spell in county cricket with Warwickshire and just a couple of months after his unbeaten 400, he went even better in a County Championship clash with Durham at Edgbaston. Lara finished on 501 not out from only 427 balls in an incredible innings of 810 for four declared. That innings remains the highest first-class score anywhere in the world, two runs clear of Hanif Mohammad’s innings for Karachi in 1959.

One of the greats

Lara is understandably considered to be one of the finest batsmen ever to grace the game. In his 131 Tests, Lara hit 34 centuries – joint fifth on the all-time list – and averaged 52.88. In an era before international T20, Lara was just as dangerous in one-day cricket with 19 centuries and an average just over 40. The flamboyant left-hander, with his outrageously high backlift, rewrote the history books and coaching manuals.