On this day: England named hosts of 2019 Cricket World Cup 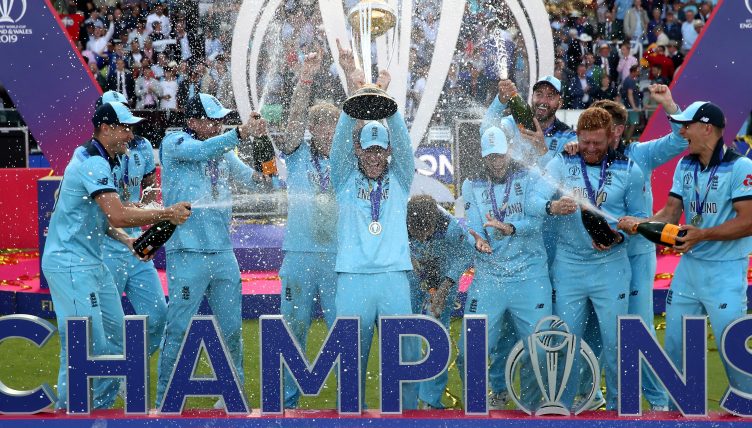 On this day 14 years ago England were handed the rights to host the 2019 World Cup, setting in motion a chain of events that would see Eoin Morgan’s side claim a historic triumph last July.

Here, the PA news agency takes a look at the four previous editions.

The first edition of the World Cup had fundamental differences to what we are used to now as matches were 60-overs-per-side, a red ball was used and players wore traditional whites. Dennis Amiss lit the touch paper to the event with a sparkling 137 as England recorded 334 for four – the tournament’s highest score – in a 202-run thrashing of India. New Zealand and East Africa were similarly brushed aside as England topped the table, only to be eliminated by old rivals Australia after being bowled out for 93. Australia collapsed to 39 for six in response but an unbroken 55-run stand between Gary Gilmour and Doug Walters saw them home at Headingley.

England were similarly ruthless in the group stage four years later, gaining a measure of revenge over Australia in their opener. Canada were blown away for 45 at Old Trafford, while England defended 165 for nine against Pakistan at Headingley. The hosts then edged out New Zealand at Old Trafford to set up a Lord’s showpiece against defending champions the West Indies, who were grateful for Viv Richards’ unbeaten 138 in a total of 286 for nine. England openers Mike Brearley and Geoffrey Boycott both amassed half-centuries but on 183 for two and the asking rate climbing ever higher, they lost eight wickets for 11 runs – Joel Garner accounting for five batsmen – to collapse in a heap.

This was the last World Cup to feature 60-over matches although it would be another eight years before coloured clothing and white balls were introduced. However, there was a different format in 1983 as sides played each other twice in the group stages. England were once again dominant at the outset beating New Zealand, Sri Lanka and Pakistan. While the Black Caps would avenge their defeat, England thrashed Sri Lanka and Pakistan to go through to the last four as group winners. However, they came unstuck against India after failing to get to grips with a tricky Old Trafford pitch. A total of 213 all out was overhauled with six wickets to spare before India went on to stun the Windies in the final.

While England was the exclusive host in 1975, 1979 and 1983, the 1999 competition saw a broadening of horizons as games were staged in Edinburgh, Cardiff, Dublin and even Amstelveen, in Holland. However, a dismal opening ceremony was followed by England exiting before the Super Six stage, the start of 20 years of hurt on the global stage. They started confidently enough with wins over Sri Lanka and Kenya before rebounding from defeat to South Africa by beating Zimbabwe. But Zimbabwe’s win over the Proteas and England’s defeat to India saw the tournament hosts eliminated – 24 hours before the official song ‘All Over The World’ was released.