On This Day in 2004: West Indies stun England in Champions Trophy final 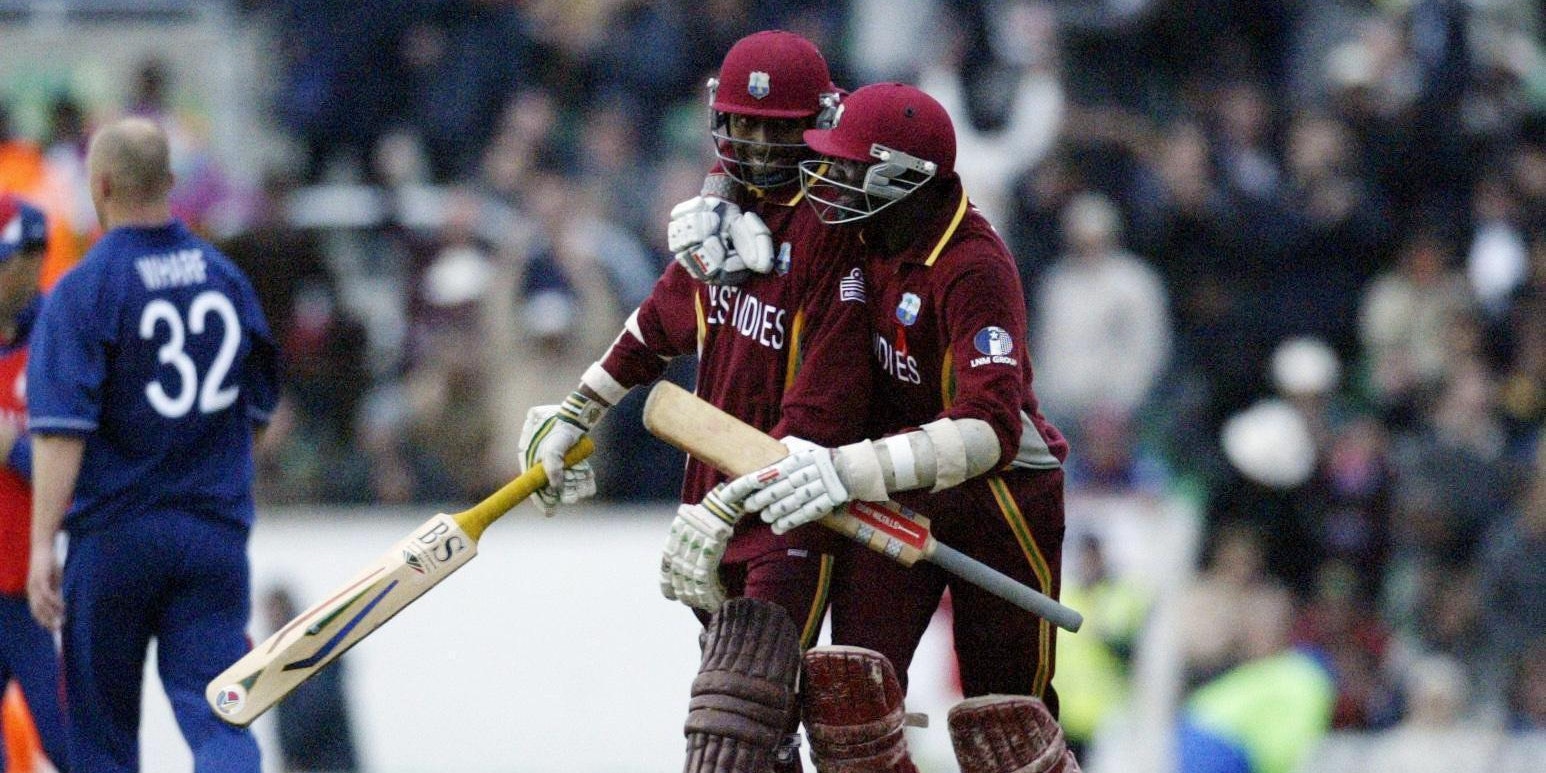 On this day in 2004, an unbroken ninth-wicket stand of 71 saw West Indies snatch an unlikely win against England – chasing their first major one-day tournament victory – in the ICC Champions Trophy final at The Oval.

Brian Lara’s side were all-but beaten when Courtney Browne and Ian Bradshaw came together in the 34th over with the score 147 for eight, still 71 runs short of victory.

Despite the best efforts of pacemen Steve Harmison and Andrew Flintoff, whose three-wicket burst had earlier decimated the West Indies top order, the duo – having declined an offer to go off for bad light – held out to secure a famous triumph and disappoint the home crowd.

Bradshaw smashed Alex Wharf through point for four in the 49th over to finish unbeaten on 34 with Browne, who was born a couple of miles down the road in Lambeth, 35 not out before they were mobbed by jubilant team-mates who ran from the pavilion.

There had earlier been much hope for England, who beat Australia for the first time in five years to secure a place in the final.

After losing the crucial toss and then a steady flow of wickets, England were in danger of failing to reach 200.

However, Marcus Trescothick kept his composure to hit an eighth one-day international century, with a masterful 104 including 14 fours.

Michael Vaughan’s men, though, were once again left to wonder what might have been as the hopes of a nation faded into the south London dusk.