Home News On This Day in 2006: England surrender the Ashes with a whimper

On This Day in 2006: England surrender the Ashes with a whimper 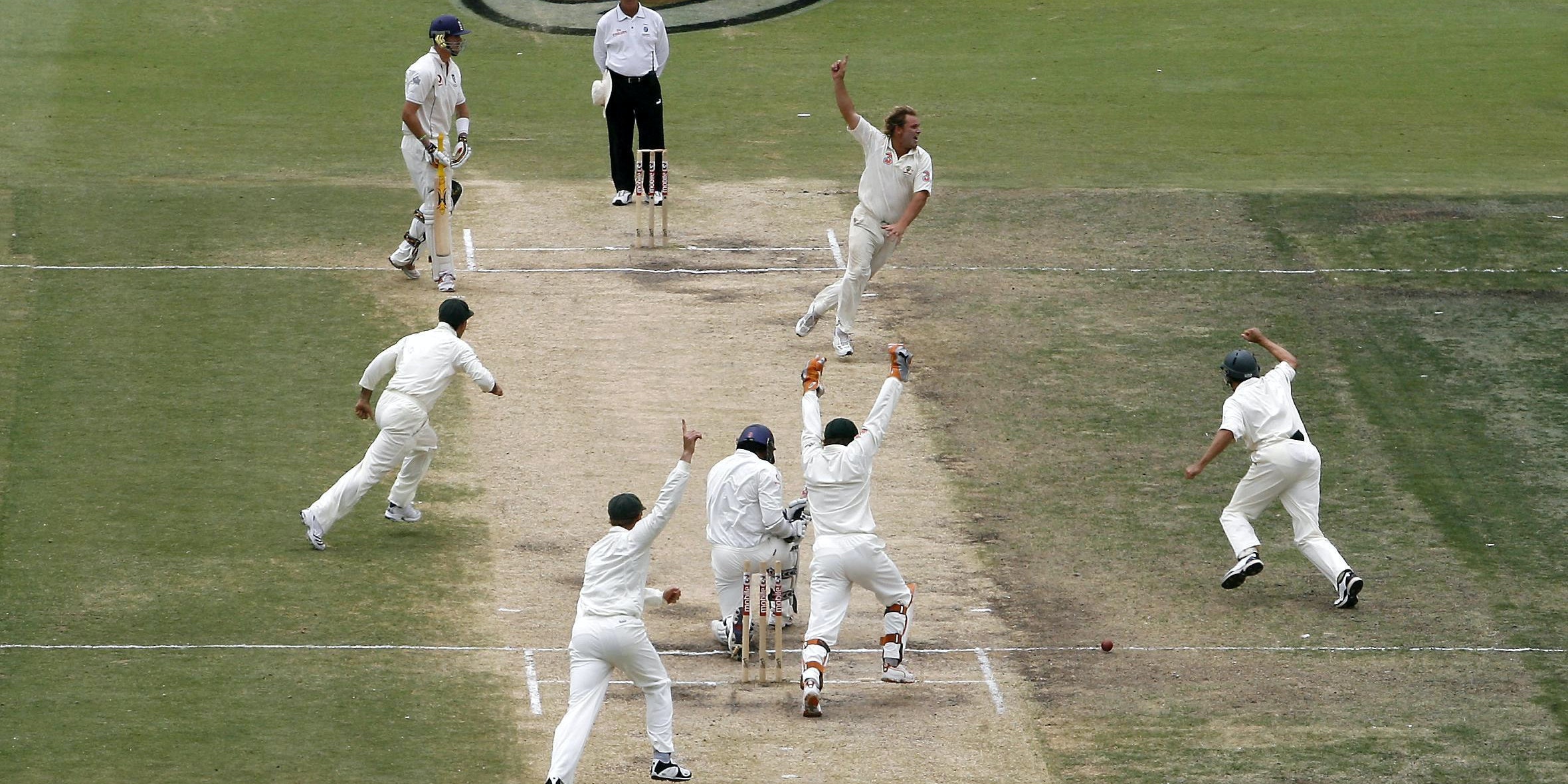 England surrendered the Ashes on this day in 2006 after they slipped to a 206-run defeat in Perth to give Australia an unassailable 3-0 lead in the five-match series.

Comprehensive losses in the first two Tests had put Andrew Flintoff’s men under pressure ahead of the third encounter.

Despite little separating the teams after the first innings, Australia showed their superiority after and wrapped up the victory and series early into the afternoon session on day five.

After folding under the pressure in Brisbane and Adelaide, the visitors were eager to not relinquish the Ashes at the earliest opportunity but could only produce 215 in response to the hosts’ total of 244 first up.

Centuries from Michael Hussey, Michael Clarke and Adam Gilchrist set England 557 to win or more realistically the task of surviving more than two days of play.

On 265 for five, England needed heroics from Kevin Pietersen and Flintoff and while both made half-centuries, it was not enough.

Shane Warne made the breakthrough when he bowled the away skipper and finished with four for 115 to dismiss England for 350 just after lunch, with Pietersen stranded on 60 not out and the Ashes back in Australian hands.

Further defeats at Melbourne and Sydney saw head coach Duncan Fletcher and his players suffer a 5-0 series whitewash to lose possession of the urn in embarrassing fashion.