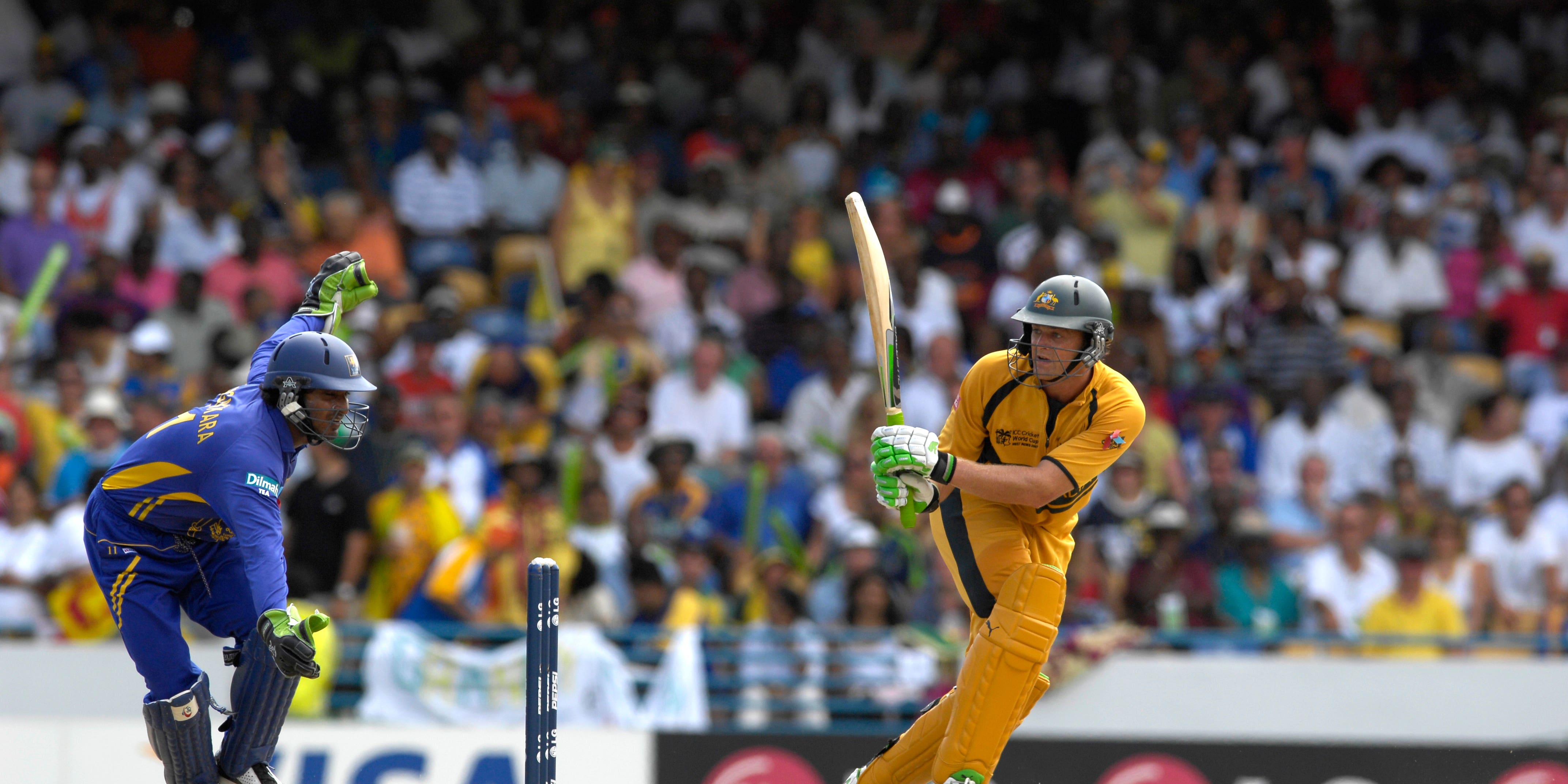 Australia won an historic third World Cup in a row on this day in 2007.

They defeated Sri Lanka by 53 runs on the Duckworth-Lewis method in the final in Barbados.

Australia made 281 for four in a rain-hit final reduced to 38 overs a side, with Sri Lanka reaching 215 for eight.

Opener Adam Gilchrist hit a brilliant 149 off 104 balls, but the win was tainted by a controversial finish.

Australia thought they had won when play was halted with three overs left, but the match resumed before finishing in almost total darkness.

Gilchrist’s innings was the highest score in a World Cup final and the fastest century as he reached three figures off only 72 balls.

In reply, Sanath Jayasuriya (63) and Kumar Sangakkara (54) briefly raised Sri Lankan hopes with a stand of 116, but the holders eventually sealed their fourth World Cup triumph.

Man of the match Gilchrist was delighted to finally find some form with the bat after being “frustrated” for part of the competition.

“It’s a really satisfying day and a satisfying finish to an amazing tournament,” he said.

“The great thing about our team and batting with Matthew Hayden (38) is it’s all about partnerships.

“I was starting to get a bit frustrated but it was my turn today and Matty was fantastic with his support and encouragement.”