Home News On This Day in 2009: England avoid ODI humiliation against Australia

On This Day in 2009: England avoid ODI humiliation against Australia 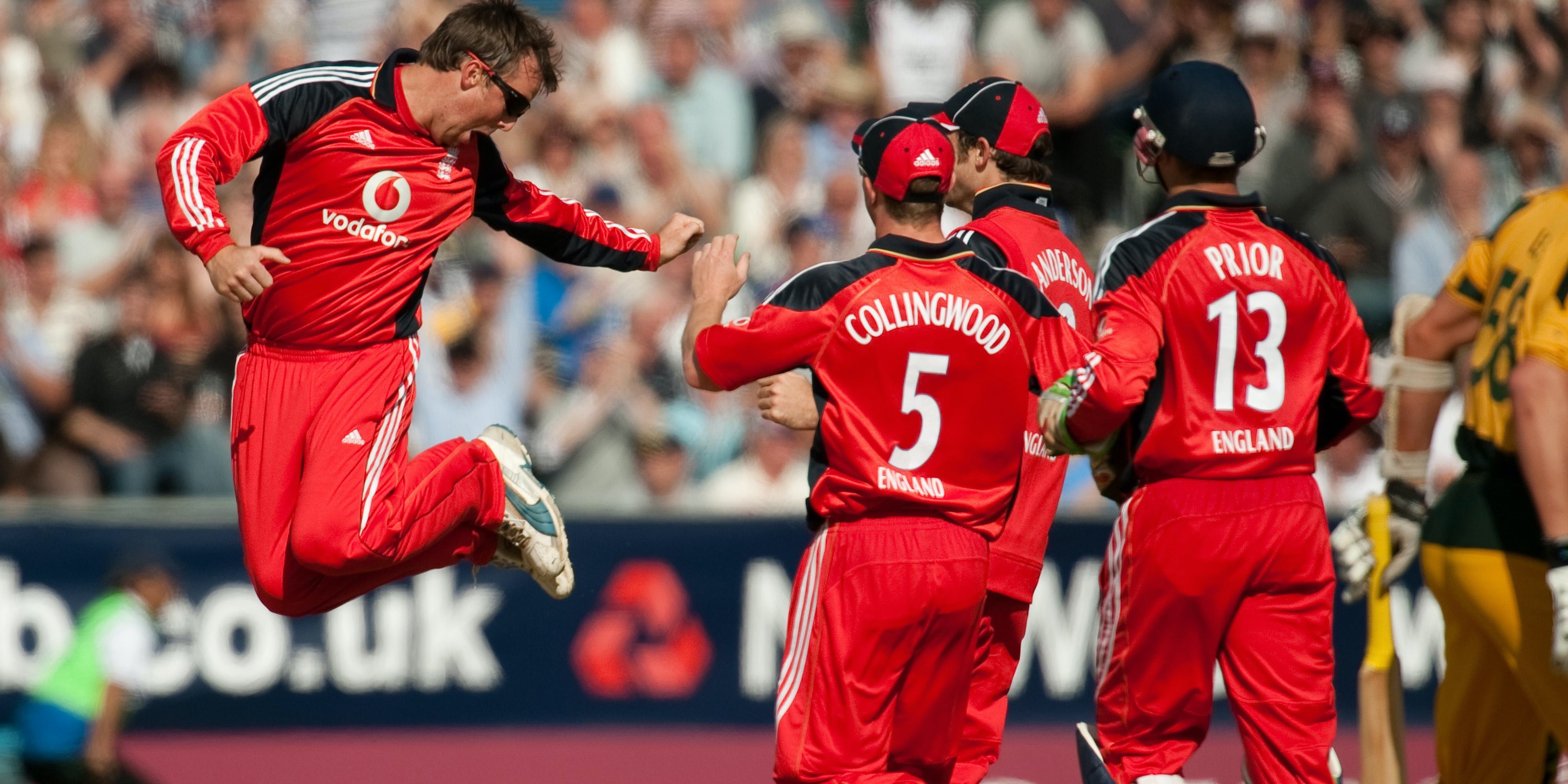 Graeme Swann starred as England avoided a humiliating 7-0 one-day series whitewash against Australia on this day in 2009.

Spinner Swann took five for 28 as the tourists were dismissed for 176 at Chester-le-Street, despite a half-century from captain Ricky Ponting.

England still managed to make a meal of chasing a modest total, slumping from 106 without loss to 141 for five before Paul Collingwood and Tim Bresnan dragged them to an inglorious four-wicket victory.

Swann blamed England’s lacklustre performances in the one-day series on the matches being played in the aftermath of their 2-1 Ashes triumph.

“It has been the classic ‘after the Lord Mayor’s show’, it really has felt like that,” Swann said.

Player of the match Swann helped put the hosts in control of the contest by claiming the wickets of Ponting, Cameron White, James Hopes, Mitchell Johnson and Brett Lee.

Skipper Andrew Strauss (47) and Joe Denly (53) then gave England a solid platform with a 106-run opening partnership, prior to the significant wobble among the middle order.

Although the win ensured England escaped an unprecedented series drubbing, another below-par batting performance – Strauss and Denly aside – gave them little cause for optimism ahead of flying to South Africa for the ICC Champions Trophy.

Strauss said: “We need to be honest and not settle for mediocrity.

“Anyone who has been part of this series does not want to go through this experience again.”