Home News On This Day in 2010: Sachin Tendulkar at the double with new ODI milestone

On This Day in 2010: Sachin Tendulkar at the double with new ODI milestone 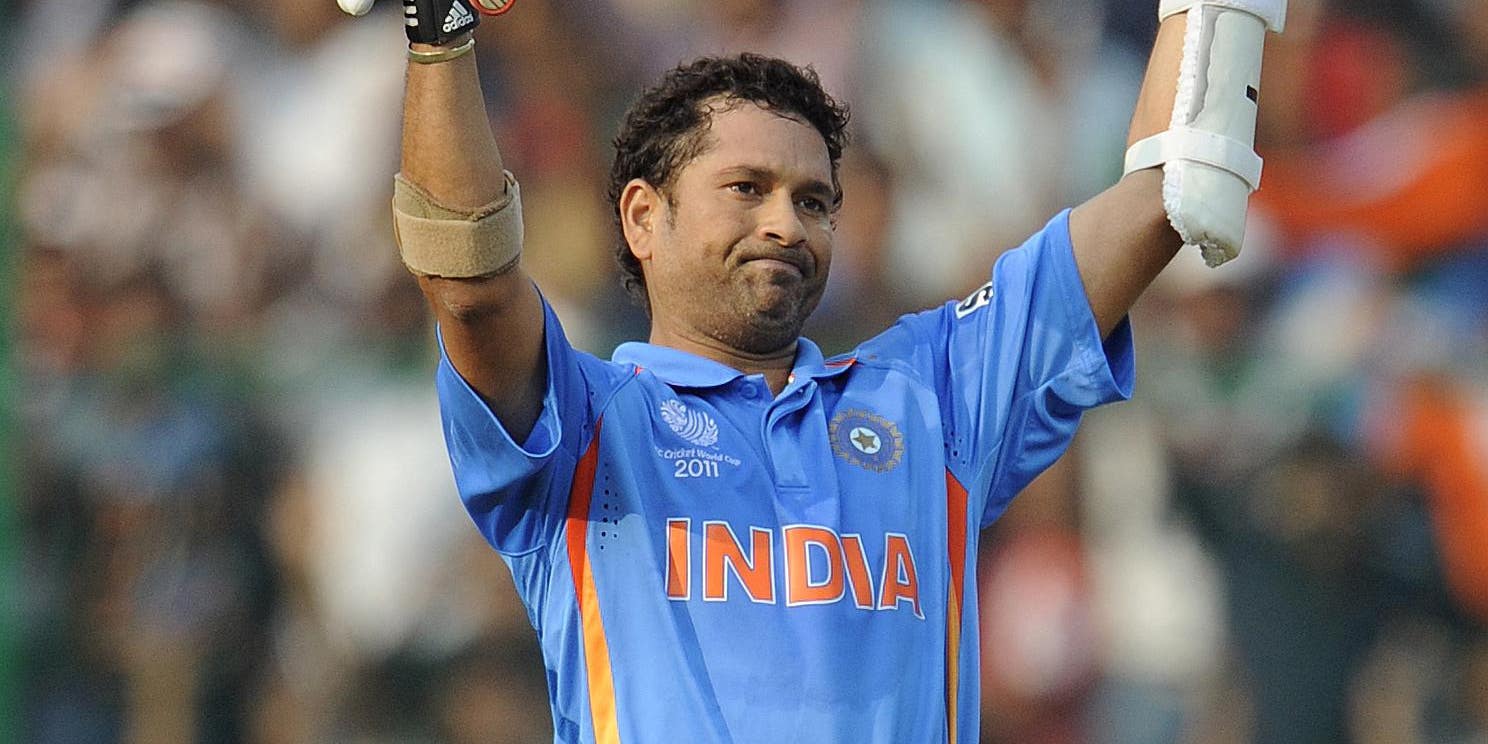 India batsman Sachin Tendulkar created history with the first double century in one-day internationals on this day in 2010.

The record-breaking effort surpassed the previous best of 194 set by Pakistan’s Saeed Anwar in 1997 and Zimbabwe’s Charles Coventry in 2009.

“I don’t know how to react to this. I would like to dedicate this to the people of India who have always stood behind me for these 20 years amid the ups and downs,” said Tendulkar, who retired in 2013.

“I’m enjoying my cricket. I’ve always played the way I felt was the right way to play, always done what I felt was good for the team.”

Regarded by many as the greatest living batsman, Tendulkar remains the leading run-scorer in Test and ODI cricket, with respective totals of 15,921 and 18,426.

Despite clearly suffering with cramp towards the end of his landmark achievement, ‘The Little Master’ batted through the entire innings and brought up 200 with a single off Charl Langeveldt four balls from the end of the final over.

The innings, which received a rapturous reception, was the 46th one-day century of his career and bettered his highest previous one-day knock of 186, scored against New Zealand in 1999.

He added: “It feels good that I lasted for 50 overs, a good test of my fitness. I’d like to bat another 50 overs at some stage and see that the fitness level doesn’t drop.”

Tendulkar’s mammoth score has since been bettered seven times, including on three occasions by compatriot Rohit Sharma, who holds the current record of 264, scored against Sri Lanka in 2014.