Home News On this day in 2013: India win Champions Trophy after England collapse in final

On this day in 2013: India win Champions Trophy after England collapse in final 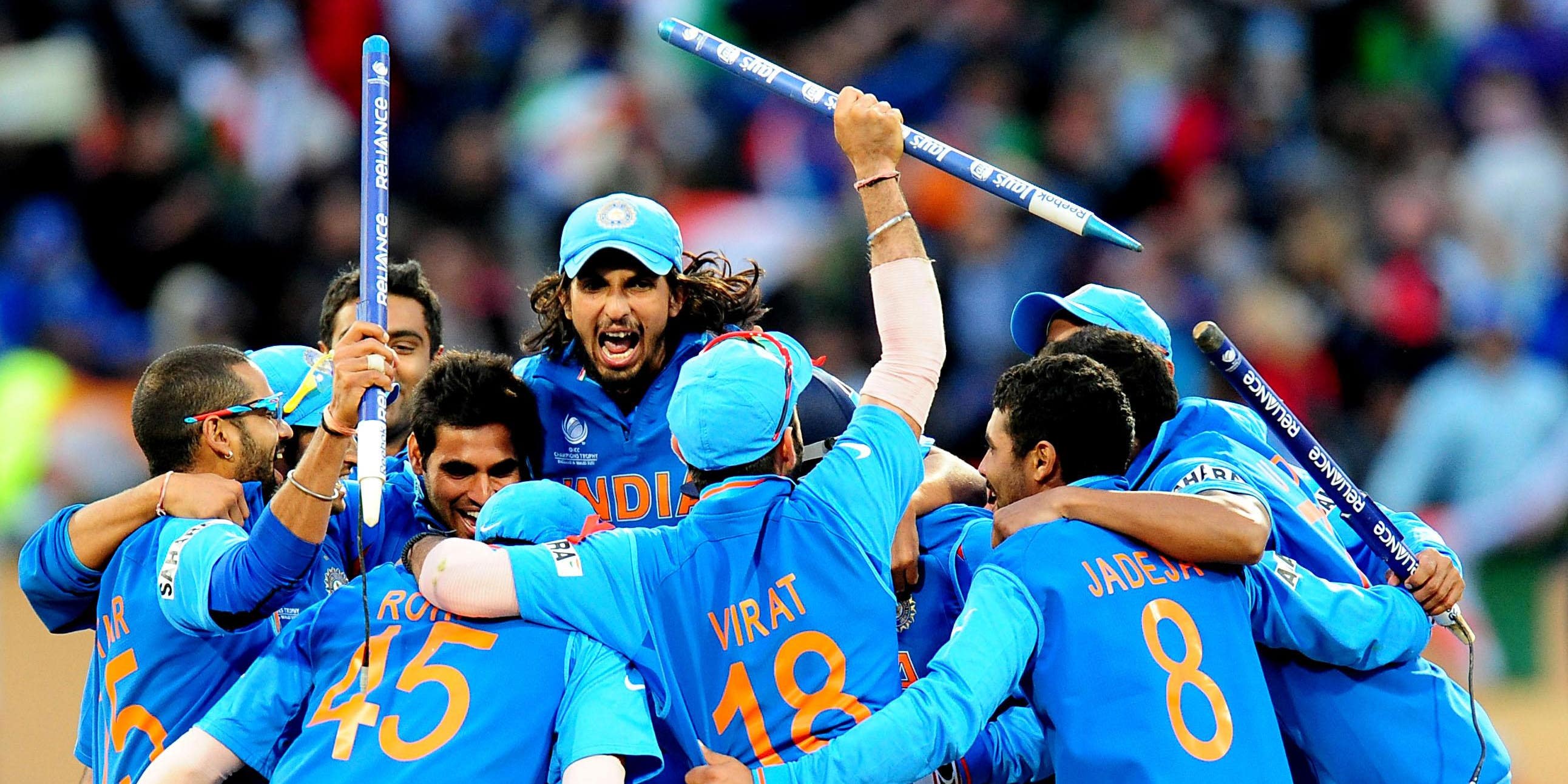 England suffered a collapse as they were beaten by India in the final of the ICC Champions Trophy at Edgbaston on this day in 2013.

The tournament hosts had been well placed as they chased a modest 130 to win what would then have been their first victory in a major global one-day international final.

But they lost four wickets for just three runs in the space of eight balls as reigning world champions India edged a dramatic rain-shortened contest of 20 overs per innings, winning by five runs.

England ended on 124 for eight after James Tredwell missed the final ball with six needed to win.

Victory had seemed within their grasp as Eoin Morgan (33) and Ravi Bopara (30) rescued England from a poor start with a fifth-wicket stand of 64.

England’s top order had particularly struggled against India’s spinners, although there was debate over whether Ian Bell was out of his ground when given out stumped to Ravindra Jadeja. Some replay angles appeared to favour the batsman.

Morgan and Bopara reduced the task to 20 required from 16 balls but they then fell in successive deliveries to Ishant Sharma. Jos Buttler and Tim Bresnan quickly followed and the challenge was too much for Stuart Broad and Tredwell.

Ravichandran Ashwin finished as the pick of the India bowlers with two for 15 and fellow spinner Jadeja took two for 25, adding to his earlier unbeaten 33 from 25 balls as India posted 129 for seven.

Virat Kohli top-scored with 43 from 34 balls and tournament-leading runscorer Shikhar Dhawan weighed in with 31 from 24.

MS Dhoni fell for a four-ball duck but it was still a historic day for him as he became the first captain to win the World Cup, Champions Trophy and World T20.

England’s defeat was their fifth in a major global ODI final after a previous loss in the Champions Trophy and three in World Cups. They finally ended that sequence in the 2019 World Cup, also played on home soil.