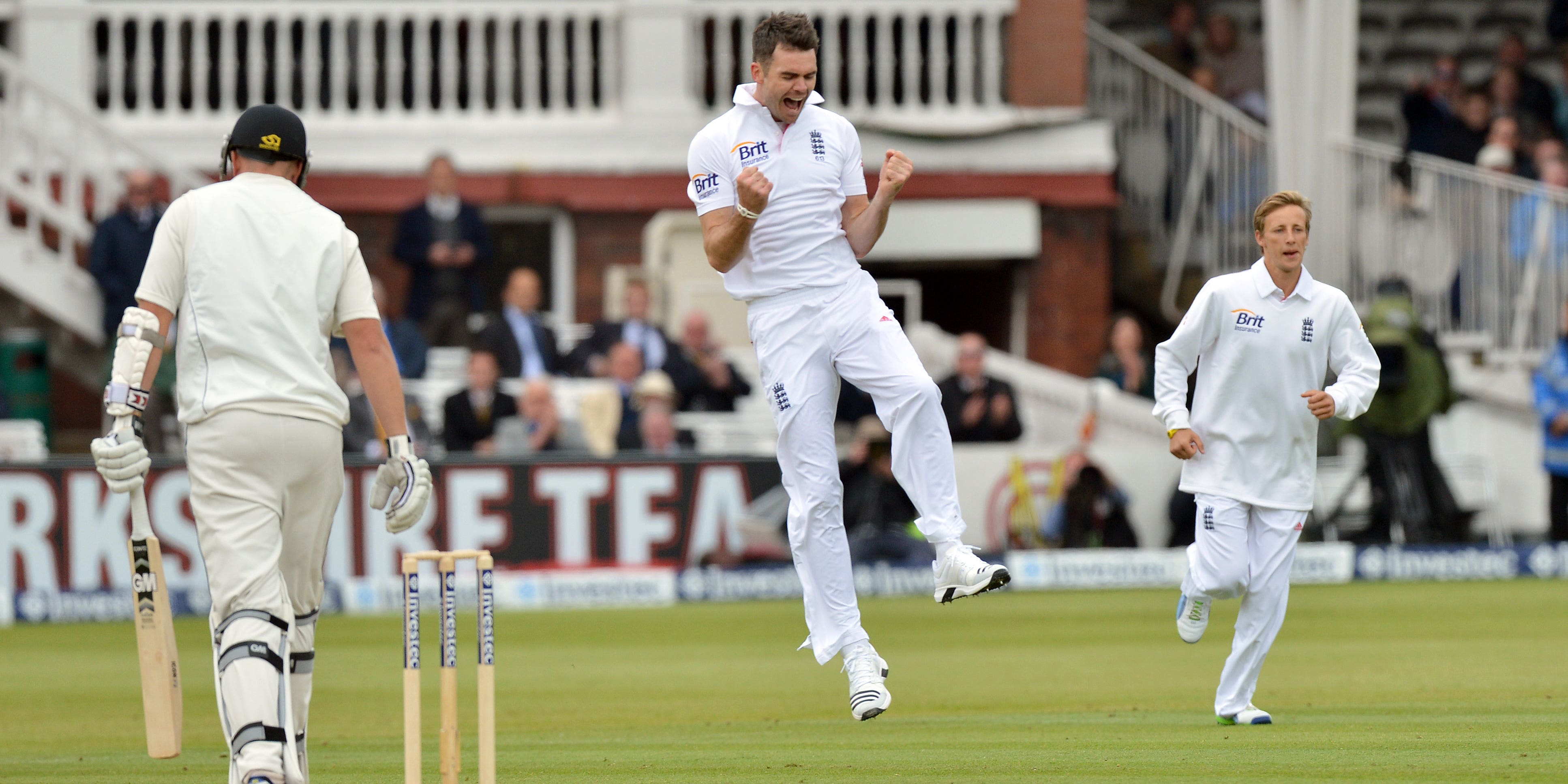 On this day in 2013 James Anderson took his 300th Test wicket, becoming just the fourth Englishman to reach the landmark.

Anderson had New Zealand opener Peter Fulton caught at slip to mark the achievement, with his parents watching on from the crowd at Lord’s.

He would go on to take a five-for in the first innings, adding two more as England skittled out the visitors for just 68 in the second innings to claim a 170-run victory as he joined Ian Botham, Bob Willis and Fred Trueman in an exclusive club.

Anderson would kick on from there and now stands well out in front on the list of England’s wicket-takers on 614, with team-mate Stuart Broad next up, almost 100 wickets behind.

The 38-year-old has gone on to become the leading all-time wicket-taker among fast bowlers and is just five wickets behind former India spinner Anil Kumble as the third most prolific bowler in Test cricket history.

Anderson will be hoping June’s Tests against New Zealand will see him claim that spot – even if Kumble’s fellow spinners Muttiah Muralitaran (800) and Shane Warne (708) appear out of reach.