On this day in 2014: Eoin Morgan replaces Alastair Cook as England ODI captain 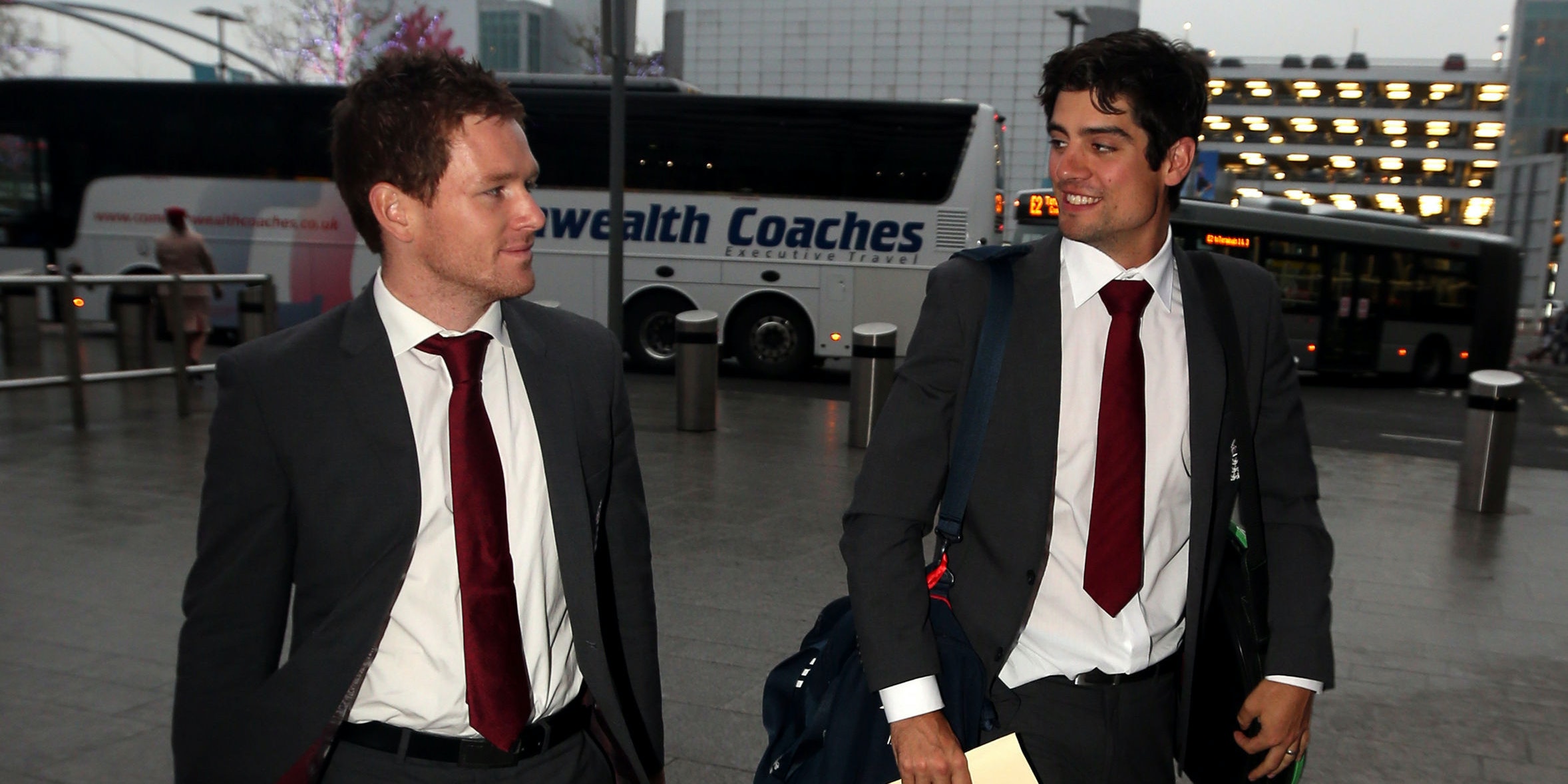 Eoin Morgan was introduced as the new England one-day international captain, replacing Alastair Cook, on this day in 2014.

News that Cook had been dropped came a day earlier, with the decision to leave him out of the World Cup squad overshadowing the appointment of his successor.

Cook had been in a prolonged slump, though the selection of Morgan as his replacement was notable given the former Ireland batsman was out of form himself, having averaged just 25.45 in his last 23 games before the announcement.

But he had often shown his best form while deputising as captain, with his average leaping to 71.16 in the eight matches he had served as skipper.

“It’s a huge honour to captain England and I am delighted to be leading the one-day side,” said Morgan, whose promotion came a couple of months before the World Cup in Australia the following February.

“I firmly believe that with the players currently involved in the one-day set-up we have the makings of a very good one-day side, a young side that can surprise people at the World Cup.

“We all recognise we still have a lot of work to do on our one-day game but the potential of this group of players is huge and it is now up to us as players to turn that potential into consistent performances.”

Morgan made 121 in his first game as skipper but still suffered defeat against Australia, and he suffered poor personal form as England made an early exit from the World Cup.

But success has followed, most obviously as Morgan led England to victory in the 2019 World Cup, and the 34-year-old is now England’s most-capped player and all-time leading run scorer in ODIs.