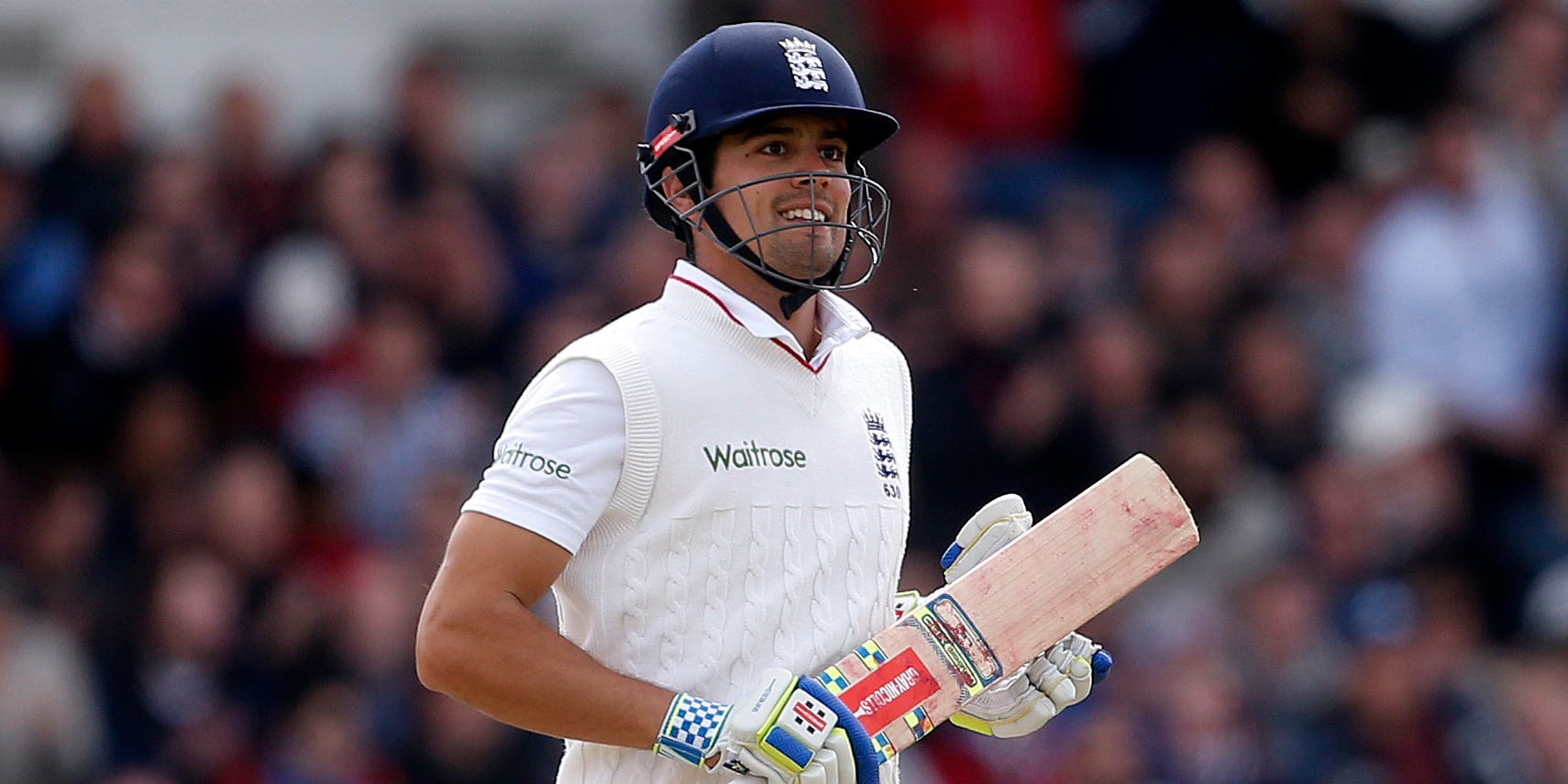 England’s Test captain set the new benchmark on the second afternoon of the second Test against New Zealand at Headingley when he square-drove Tim Southee for four to reach 33 in his 203rd innings – and 8,902 in aggregate.

Gooch’s 8,900 had stood for 20 years as England’s historic benchmark, and Cook insisted before the start of this match that he will never consider himself in the class of the man who has taught him much of what he knows, through their close working relationship and friendship since his school days.

“It is a very special day for me personally,” he said. “I can’t really describe it, to be on top of the list. I don’t deserve to be there with the way I play.

“You don’t play for the records – but I know I needed 32 runs. But to break the record, you want to do it with an innings (that matters). It was an amazing moment, very humbling.”

Cook had endured a turbulent previous year-and-a-half, having overseen a 5-0 Ashes defeat, the end of Kevin Pietersen’s international career and lows in form in both Tests and one-day internationals that led to him being stripped as England captain in the latter format two months before the World Cup.

“The last 18 months have been tough personally as a captain,” Cook said after an innings of 75 against the Black Caps.

“A lot of stuff has gone on the last four or five months, but I have given time to my game and I feel like it is going well.”

Cook ended his international career in September 2018, having amassed 12,472 Test runs including 33 centuries – both a record for an England batter.