On this day in 2015: Fast bowler James Anderson takes his 400th Test wicket 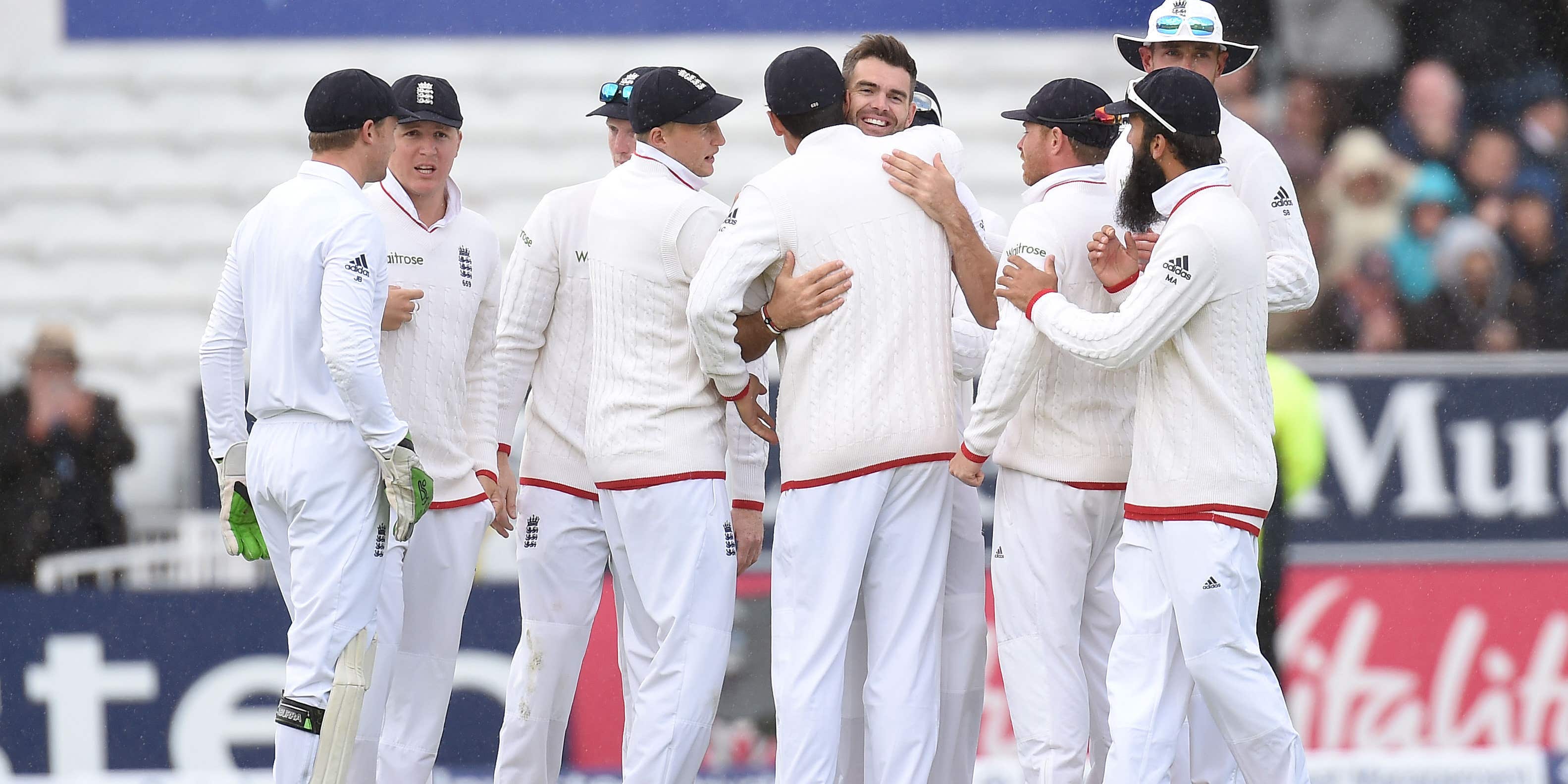 The seamer began the second Test at Headingley needing just one scalp to join an exclusive club containing only 11 other bowlers and reached the landmark in his second over of the afternoon.

With his eighth ball, and with rain closing in, Anderson had Kiwi opener Guptill caught by Ian Bell at second slip.

The morning session had been wiped out by inclement weather and the milestone moment proved to be the final delivery before another downpour, with the umpires leading the players off immediately after Anderson wheeled away in celebration.

“It’s a nice feeling and a proud moment for me,” said the 32-year-old, who was playing his 104th Test, 12 years after making his debut against Zimbabwe at Lord’s.

“You see the guys that have got 400 in the past, bowlers I’ve admired over the years. It’s surreal to be with them.”

Anderson, who overtook Sir Ian Botham as the country’s leading wicket-taker in Antigua the previous month, removed Kane Williamson two balls later and ended the match with four wickets but England lost by 199 runs to draw the series 1-1.

He has gone on to amass 614 Test wickets, while in 2018 long-term international team-mate Stuart Broad became the second England man to reach 400 and has since moved on to 517.