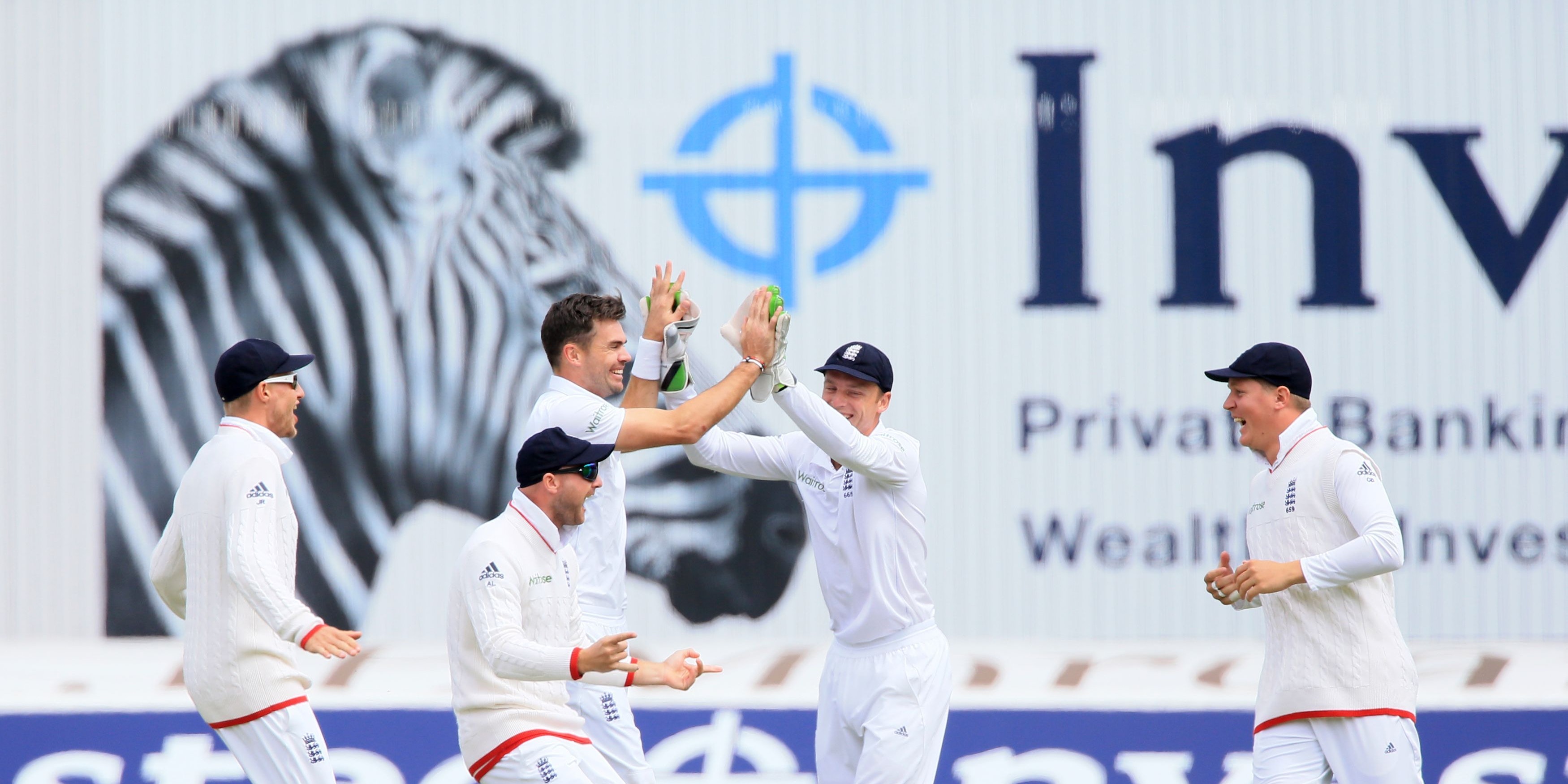 James Anderson became the first Englishman to take 400 Test wickets when he removed New Zealand’s Martin Guptill at Headingley on May 29, 2015.

Here the PA news agency looks at the achievement, what went before and what came after.

Six weeks prior to joining the 400 club, Anderson had surpassed Sir Ian Botham’s mark of 383 to become his country’s most prolific wicket-taker.

Anderson celebrated the achievement in a drawn Test match in Antigua when he had home captain Denesh Ramdin caught at slip by Alastair Cook. Botham was on hand to embrace his successor and later sent him a case of wine to celebrate.

All eyes were on Anderson after England opted to bowl first in the second Test against the Black Caps, but dodgy weather in Leeds kept him waiting for the chance. When the players finally emerged in the afternoon he needed just eight deliveries to reach the magical milestone. Seven dot balls built the pressure before Guptill obliged with the edge, taken at head height by Ian Bell at slip. Anderson had time to reflect on the moment, with another rain break following before he had the chance to send down another delivery.

Anderson became the 12th bowler in history, and just the eighth seamer to reach 400. The other seamers to have hit those heights were Glenn McGrath, Courtney Walsh, Kapil Dev, Richard Hadlee, Shaun Pollock, Wasim Akram and Curtly Ambrose. Anderson’s long-time partner Stuart Broad has since been added to the list, as has South Africa’s Dale Steyn while Sri Lanka’s Rangana Herath became the fifth spinner.

“It feels a bit surreal when you see the list up on the TV with all the guys who’ve got 400 in the past,” said Anderson.

Five years down the line and Anderson is still going strong, sitting on 584 scalps as the most successful pace bowler in history. No other bowler can beat his record of 151 Tests or his remarkable tally of 32,779 deliveries. The top two wicket-takers of all time – Muttiah Muralitharan (800) and Shane Warne (708) – are unlikely to ever be beaten but Anil Kumble’s 619 looks tantalisingly close.