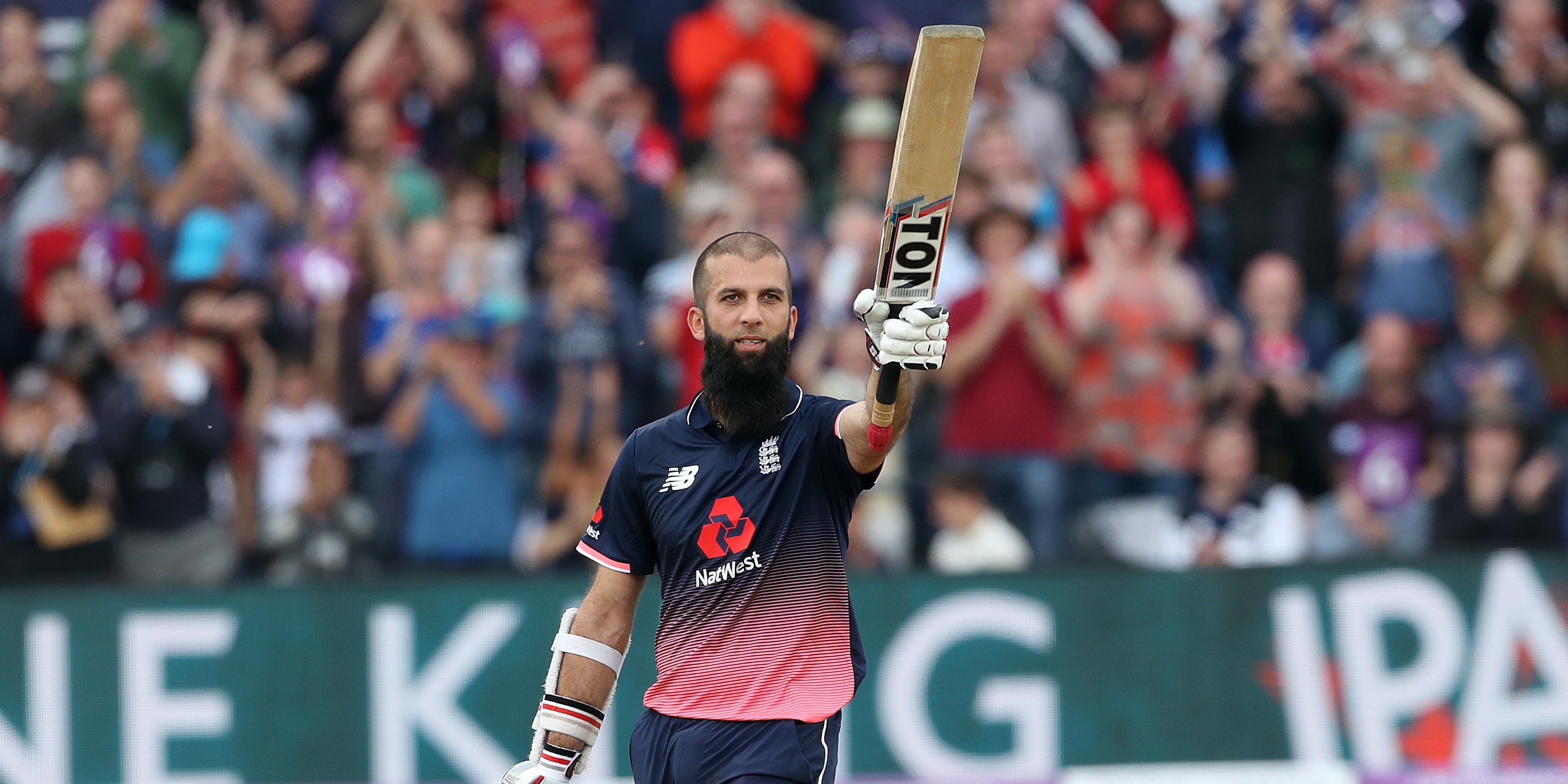 On this day in 2017, all-rounder Moeen Ali hit England’s second fastest one-day international century against the West Indies at Bristol.

Moeen’s 53-ball hundred put him behind only Jos Buttler in the nation’s all-time list and helped his side secure a 124-run victory in the third ODI against the Windies.

The then-30-year-old went from 50 to 100 in an astonishing world-record 12 deliveries, reaching triple figures with his eighth six in the space of just 14 balls.

He eventually bowed out on 102, becoming Ashley Nurse’s solitary victim, having shared a 117-run seventh-wicket stand with Chris Woakes (34).

The left-handed batsman survived a scare on 87 when he was dropped by Chris Gayle at point as England switched gear dramatically to put on 123 runs in the final 10 overs en route to 369 for nine.

The tourists registered 245 all out from 39.1 overs in response, including 94 from Gayle, as England established a 2-0 lead in a five-match series they went on to win 4-0.

What Moeen Ali had to say about his ton

When asked at the time if the knock was his best in ODI cricket, Moeen said: “Yeah, I think so, everything seemed to come off today. Nice to get in and play a few shots.”

Moeen was in control for much of his knock although he would enjoy a big slice of luck at one point before ultimately succeeding in guiding England to a massive total.

“Just that we wanted to take it to the 42nd over, hit the bad ball and let loose after that. There was one hack I had that went to third man and I tried to keep my shape and then I connected with one… and it was nice,” Moeen added.