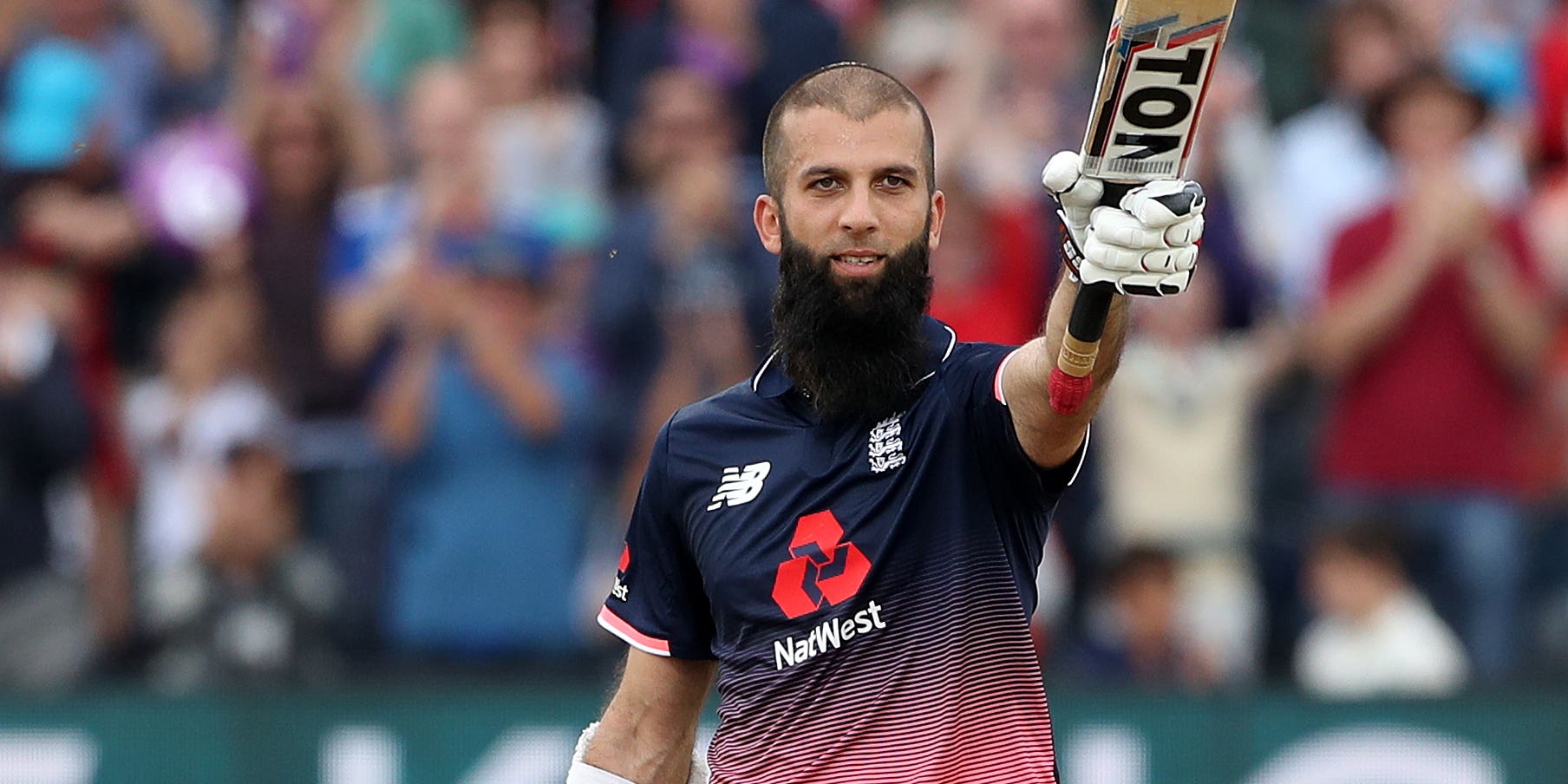 Moeen Ali hit what was England’s second fastest one-day international century on this day in 2017 as the West Indies were defeated by 124 runs at Bristol.

Moeen’s 53-ball ton, which included going from 50 to 100 in a world-record 12 deliveries, put him behind only Jos Buttler in England’s all-time list.

The then-30-year-old all-rounder’s knock of 102 featured eight sixes and seven fours as he helped England to a total of 369 for nine.

Asked how his remarkable innings ranked among his personal favourites for England, Moeen said: “I felt it was right up there.

“I just had a slog really, and everything just seemed to come off. I just tried to watch the ball, keep my shape and then really go for it.”

He added: “Obviously at the time, I’m just trying to play as many shots as I can. I really enjoyed it.

“You don’t think about it, and you just try to hit every ball for six really. When it’s there just have a good go, and keep going.

“I thought we’d got ourselves in, and it was time to press the button and play a few shots – and it’s not a massive hit for six (here).”

Moeen, who survived a scare on 87 when he was dropped by Chris Gayle, bowed out as Ashley Nurse’s solitary victim having shared a 117-run seventh-wicket stand with Chris Woakes (34).

Following an innings that also featured 84 from Joe Root and 73 from Ben Stokes, England bowled out the tourists for 245 to establish a 2-0 lead in a five-match series they went on to win 4-0.