One retiree will be missed more than the other 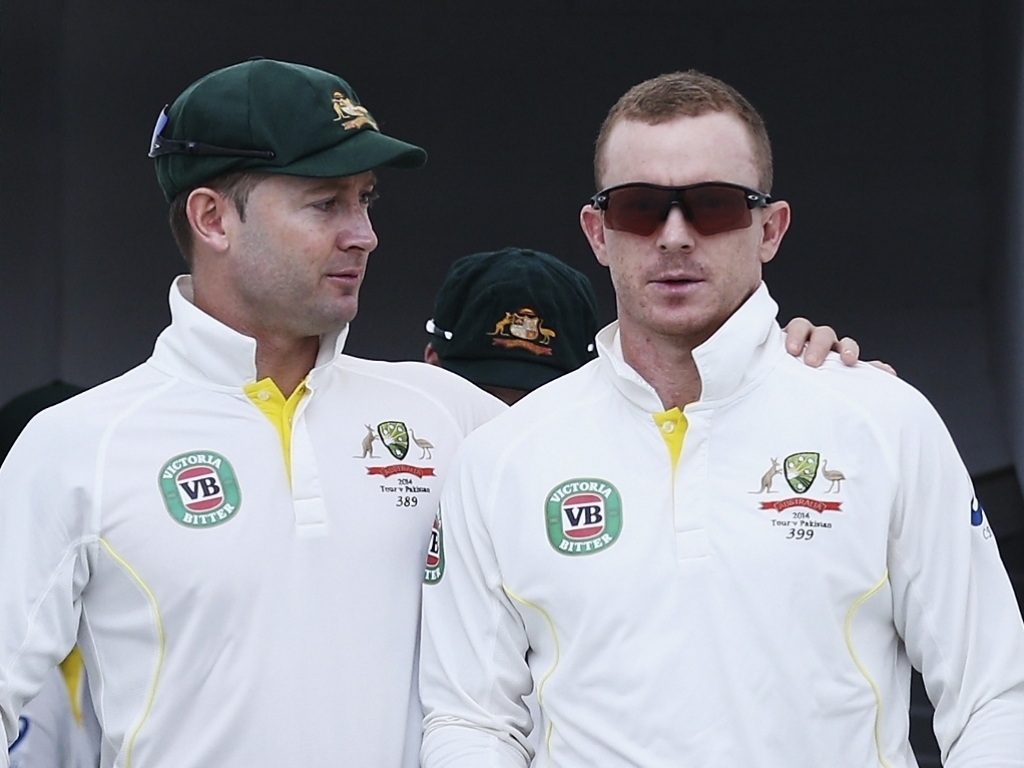 Two more Australian cricketers will collapse on to the retirement heap in the next few days, joining Ryan Harris and most likely Brad Haddin, and of these two players, one will be missed more than the other.

As things stand now, looking back over Australia’s Tests in the past two years, it’s probably not Michael Clarke who fans will be most sad about when waving goodbye, but rather veteran opening bat Chris Rogers.

Clarke finds himself being ushered out the door with firm hands on his back, having shuffled towards it for months while stubbornly looking back. Rogers can feel many a hand holding onto his wrist, trying to drag him back indoors.

The men are poles apart, on the field and off it, and while Clarke has always divided opinion, Rogers appears to be universally loved. Even by England fans, given he’s an honourary Pom to many.

One cannot deny that Clarke has given his all, his body, his heart for his country and his team-mates. His lower back is stuffed. His hamstrings one quick single away from snapping. And even his harshest critics felt for him as he carried that casket into a Macksville school hall.

But people just don’t seem to like him. Every failure is met with schadenfreude, and there have been many of those in recent months. While Rogers has aged like a fine artisanal cheese, Clarke’s recent innings list tells a sadder tale, not a even a half century this year, and people don’t seem to care.

Even former team-mates and coaches have wasted no time laying into him, before the proverbial body’s even gone cold, which seems a poor effort considering how many times he’s batted his heart out. Remember Cape Town last year, or in 2011? Seems most memories only stretch to January of 2015.

Rogers, though. Gosh, has he made the most of his twilight resurgence. His story is famous. He played one Test in 2008 and was not heard from again, and went to ply his trade in England, getting his armband dirtier and dirtier in those rainy climes.

Then a recall in 2013. ‘Who the heck is this bloke?!’ non-Middlesex fans wondered. Giggles upon sighting his wire-frames glasses, his white lip protection, his disgusting kit. Come on… And then he quirkily played his way into our hearts, a half ton at a time.

He’s tempered and focused David Warner, bringing out the best in his volatile team-mate, and they’ve formed one of the more successful opening partnerships Australia have had. Against India late last year he scored a half ton in six knocks out of eight.

He’s the leading run-scorer for the Aussies in these Ashes, with a century at his ‘home ground’ of Lord’s, and if a casual fan were to be asked to pick who they’d want to keep going, it would be Bucky.

One thing the men do have in common, though, is that neither wants to continue. Clarke has been grumpy, surly, miserable, gloomy and sometimes downright stroppy (not helping your case, mate), and has outright said he cannot wait to be finished.

Rogers hasn’t been as blatant about it, but he said before the series began that this would be his Test swansong. He’s been hit in the head one too many times this year, and it’s not worth the risk anymore, and rightly so.

As for the future? The bookish bloke will make his way to coaching. He’s already said so, and a team will be lucky to have Bucky, the Aussie with the most English style of play, teach them his secrets. And Pup? We don’t know. He refused to answer the question.