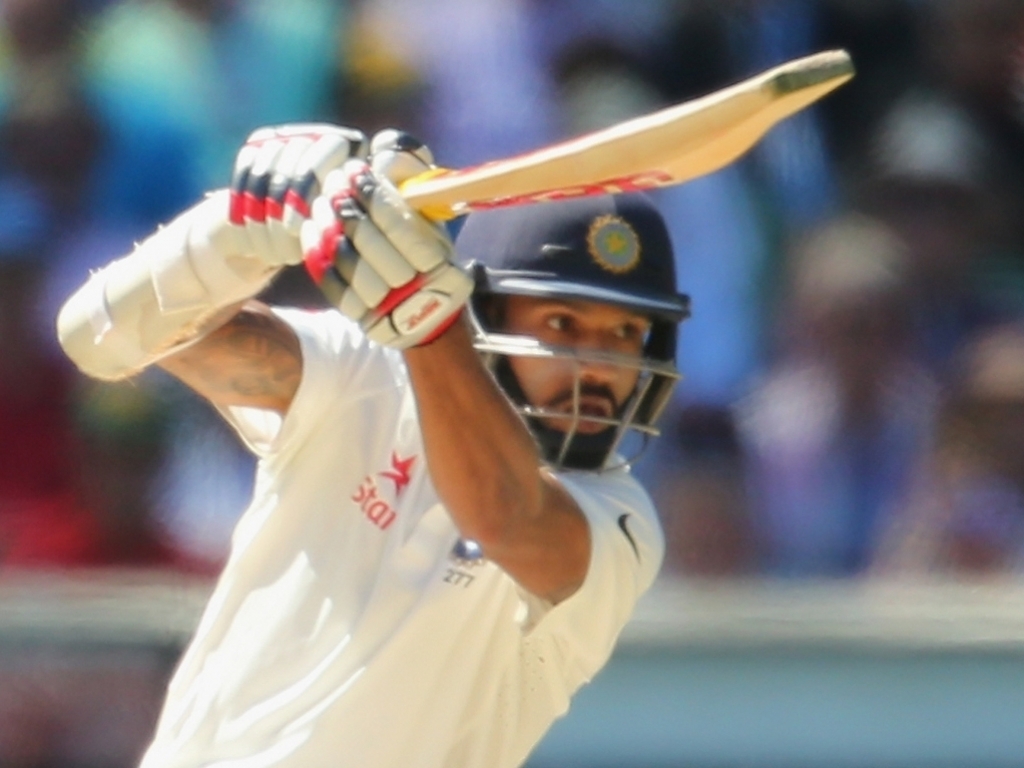 India opener Shikhar Dhawan was pleased to break his run of poor Test scores by reaching 84 in the first innings against the West Indies, and said openers as a breed need 'big hearts' to face the new ball.

Dhawan had gone eight knocks without a half ton, but broke the drought in Antigua by sticking with centurion Virat Kohli for 27 overs, after the West Indies had struck early to remove Murali Vijay.

India reached stumps on day one on 302 for four, with Kohli still unbeaten on 143, and Dhawan opined that batsmen needed different qualities depending on where they batted.

Dhawan said: "I think opening is the toughest work and you need a big heart for it. New wicket, new ball and they bowl with full energy and as an opener your technique should also be good because you have to leave a lot of balls and you need patience as well.

"Middle order needs it [patience] too but new ball has its own challenge. Vijay got a good ball, it was a very quick ball. I was luckier in that sense so Gabriel was bowling really well and with time you get that experience.

"Now I know better from the past about which balls to leave and that is from experience and it helps improve the game and my shot selection and it showed in the partnership with Pujara and Kohli."

He also praised the skipper for his century, which came at a good strike rate over 72, which is more than decent in Tests, and Dhawan said it was a pleasure to bat alongside Kohli.

Dhawan added: "He has played a tremendous knock and scored a hundred and continued scoring. Hopefully he scores big runs and gets a double-hundred after 150.

"It feels good to bat with him and we were rotating strike and scoring runs at a good pace. I feel that made a difference because we made the partnership in 120 balls or something.

"That is a good thing and it is always a pleasure to watch Virat, the way he times the ball."