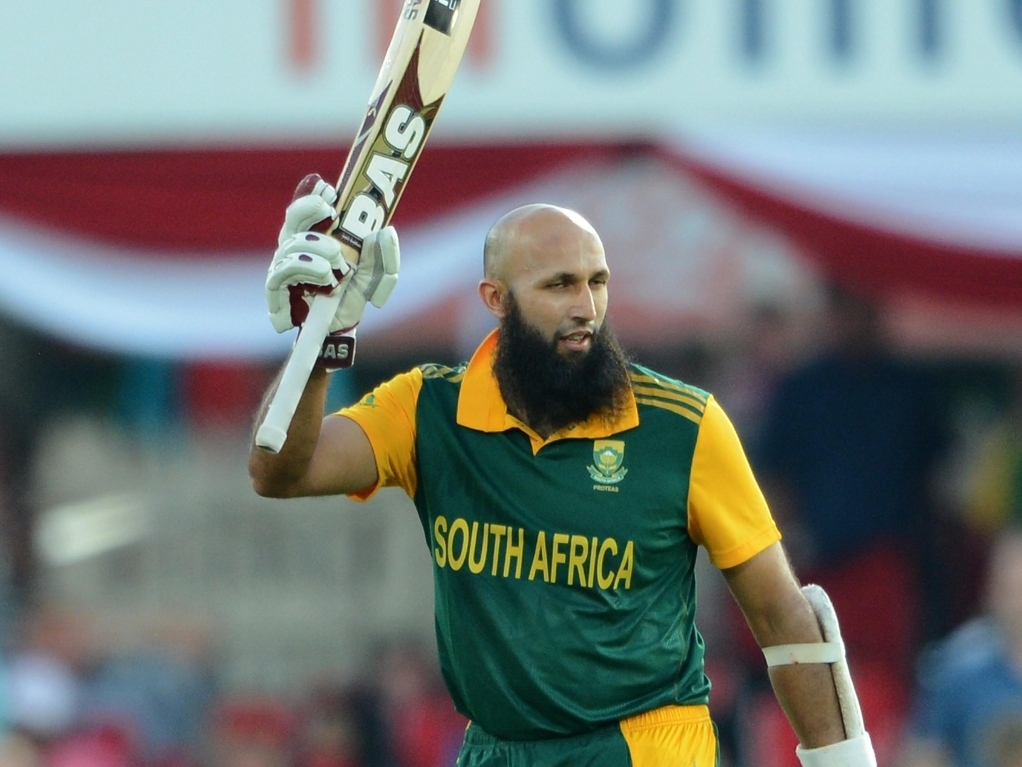 All hail the quiet man. The softly-spoken superstar that can take South Africa to World Cup glory for the first time Down Under.

You get the impression that playing in this Proteas side suits Hashim Amla down to a tee. While others provide the fireworks, this slow burning and conscientious craftsman nestles amongst them, going about his work with unyielding diligence.

And what work it is. The 31-year-old goes into his second World Cup averaging 56.41 with the bat. He has amassed more than 100 caps, 19 centuries and well over 5000 ODI runs since a suitably undemonstrative debut in Bangladesh in 2008.

While AB De Villiers was rewriting both the record books and the coaching manuals against the West Indies last month, Amla was doing what Amla does best: calculating, collecting, compiling. His 153 not out on a record breaking afternoon at the Wanderers was a personal best. He added another 133 up the road at Centurion ten days later, as if he needed to prove his form.

That's the thing with Amla – he doesn't feel the need to prove anything simply for the sake of it. He can be relied upon to walk out to bat in South Africa's Pool B opener against Zimbabwe with nothing whatsoever clouding his judgement. The hype swirling around this title-seeking tilt, much of it whipped up by South Africa themselves, passes him by.

The violent, visceral beauty of Dale Steyn and the insatiable, unstoppable De Villiers are two of his chief foils. Like football great Brian Clough's metaphor for his relationship with right-hand man Peter Taylor; they are the shop window, he's the goods in the back.

Sitting on aeroplanes will feature heavily over the next month, as the 14 teams flit between group games in 14 venues across New Zealand and Australia. A painfully drawn out format may guard against physical fatigue, if not mental weariness for the competitors.

Imagine David Warner cooped up on yet another flight, like a cat raging in a cage on its way to the vet. Picture Chris Gayle left to his own devices during the time off that is a necessity during the month-long slog of the first stage. The devil can make work for idle sportsmen.

None of that will disturb the equilibrium of Amla, a man whose ability to lead by example appears as effortless as it does natural. His self-discipline and steady influence can't fail to benefit his fellow batsmen, in particular. Quinton De Kock, Rilee Rossouw and David Miller go to their first 50-over tournament with a supreme role model to call upon and look up to at the top of the order.

Amla's weight of runs speaks for itself. His consistency should set the platform for others to thrive around him, with pressure kept in check and panic an alien concept. As a vice-captain in the field and dressing room he will court as much trust from skipper De Villiers as he will envy from the other 13 nations.

South Africa are gunning for this World Cup. Their efforts are fuelled in part by dismal recollections of past tournament cock-ups and the indignity of the 'chokers' tag that shadows their every move in pyjama cricket.

Amla's unshakable serenity transcends the field of play. If others lose their cool, or their nerve, they need only take one glance at a man in complete control of mind and body. What better source of inspiration and succour could you possibly conjure when it comes to the crunch?

Couple his ultra-low maintenance personality with his quite brilliant batsmanship. It's the kind of combination that wins World Cups.