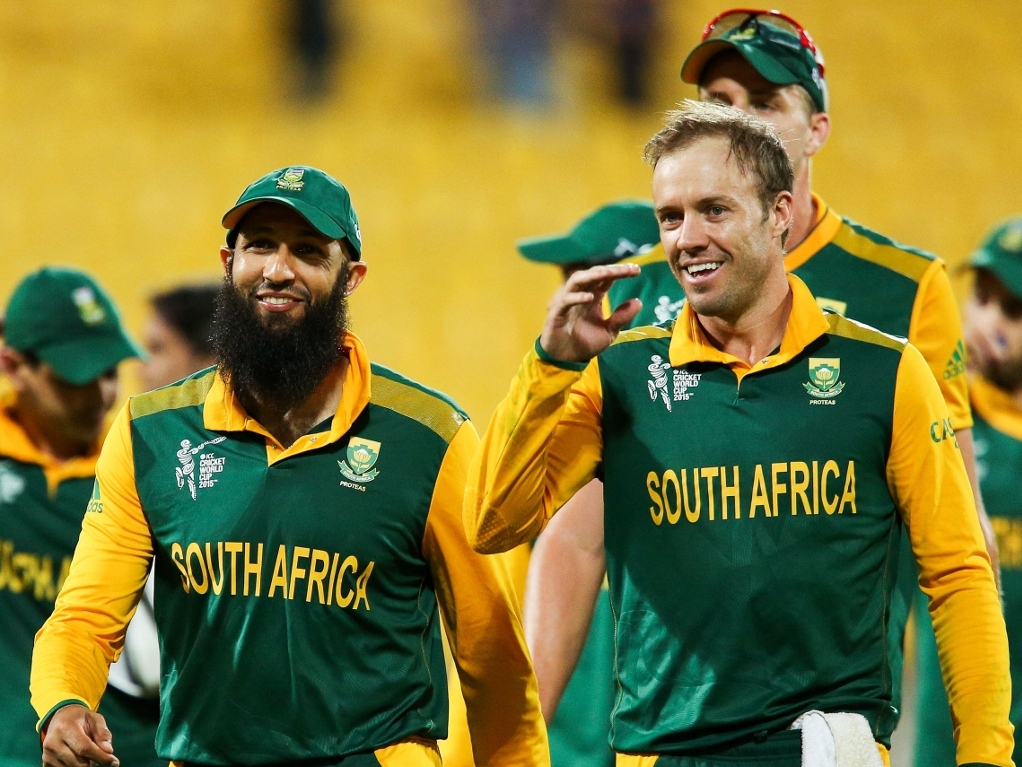 It's been a long road for the Proteas and their supporters. They have been the perennial underachievers at World Cups since that dreadful day in Sydney 22 years ago, but there seems to be light at the end of the tunnel.

There was the heartbreaking run out at the 1999 edition, and then the Duckworth Lewis miscalculation that saw them exit the World Cup on home soil in 2003. And most recently, the 2011 loss to NEw Zealand.

The fans were perplexed. How could a team that was clearly one of the best in the world just not win a single game in the knockout stage of a World Cup? The dreaded 'C-word' was bandied about any time they failed to win a match under pressure.

There is something different about the team that's playing the 2015 edition in Australia and New Zealand. They've played a brand of fearless cricket that very few teams could get away with. They are lead by the most fearless cricketer out there at the moment in AB de Villiers.

They got off to a shaky start in the group stage, losing to India, who went on to top the group, and Pakistan. South Africa did end up second in their group and then came the dreaded quarter-final, which ended in success at last.

Their win over Sri Lanka was so emphatic that they broke the record for the fastest win in a knockout match in a World Cup. The match just lasted 55.2 overs, beating the previous fastest, which was the final of the 1999 edition between Australia and Pakistan, which lasted 59.1 overs.

So what has been the difference between the previous Proteas teams and this one? In one word, aggression! It started with the bowlers, who were really fired up, and then the batsmen carried on with that aggression and never took their foot off the pedal.

It did help that they also have some variation in the line-up, with an attacking leg spinner in Imran Tahir. The previous South African teams seemed to go into their shells and would put themselves under pressure. They were aware of the their reputation as ‘chokers’ and instead of playing their usual brand of free flowing cricket, their minds were scrambled, causing him to make silly mistakes.

Not so with AB de Villiers and his team. They seem to thrive under pressure and play better when their backs are against the wall. They also seem to be able to put the bad games out of their minds and play the next game with clear focus.

So where to now for the Proteas? They can only move forward from here. The combination that they have at the moment is the best in the world. AB and Hashim Amla are rated as the no.1 and 3 batsmen in ODI’s, while Dale Steyn is rated as the no.2 bowler in ODI’s and Imran Tahir and Morne Morkel in the top 10 as well.

They definitely have the talent. They may no longer have the services of a world class allrounder in Jacques Kallis but they seem to be coping well in all forms of the game. They exude confidence like no other team and play to their potential more often than not.

The youngsters in the team are also feeding off the confidence of the seniors and they are backing each other, even when everyone else is calling for change. A good example of that is the young and talented keeper Quinton de Kock.

He made a string of low scores in the group stages and everyone wanted him dropped or at least moved down the order. The team never relented and came out in full support of the youngster, including his opening partner Amla. It paid off as he came good in the quarter final scoring an unbeaten 78 off 57 balls.

He faced Malinga with confidence, who was bowling well. He kept the good balls out and punished the bad ones. It must have helped him knowing that he had the confidence of the team. Any team that genuinely supports each other will usually do well.

One thing is for sure, no matter how much further South Africa go in this competition, the team and their supporters will have something to celebrate. They have finally done something that no other Proteas team has been able to do. They broke the hoodoo that has plagued them for 22 years. That would be heartening for everyone involved.