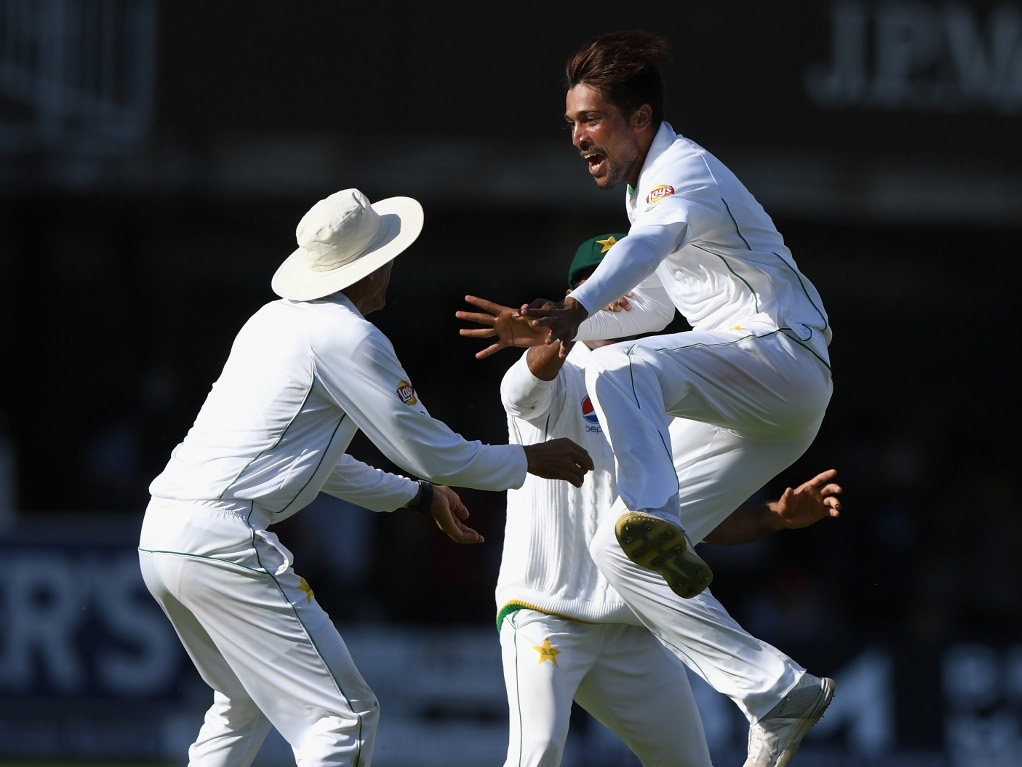 At 12.07pm on Friday 15 July, the biggest story in cricket over the last decade reached the end of a chapter, if not its ultimate conclusion.

Six years after the News of the World created shockwaves with its sting to get Mohammad Amir and Mohammad Asif to bowl no balls to order at the 2010 Lord’s Test, Amir was back in a Pakistan shirt and playing in his first Test at the ground where he had shamed himself, his country, and cricket as a whole.

In the lead up to the match it was the story, and while some were upset by the focus it was given there really wasn’t anything else anyone could talk about.

Here was the most promising fast bowling prospect in world cricket returning to the ‘scene of the crime’. To imagine that it wouldn’t be given everyone’s attention throughout the build up to this game was naive in the extreme.

As time goes by the incident will be mentioned less, but it will never be completely forgotten. Unfortunately you do not do what Amir did and have it wiped clean from your record once you make a comeback.

It is good for cricket that a young man that has served his time and shown contrition can make a return, but this will always be a defining moment in his career. That is the world that we live in, and Amir needs to understand that and realise that his return comes at a price.

A five year ban, a prison sentence, and a reputation forever tarnished is a stark warning for anyone else who considers doing what he did.

England were 34-1 when Amir bowled a superb ball on the perfect line and England captain Alastair Cook edged the ball to Mohammad Hafeez in the slips. The chance was dropped and the perfect comeback narrative was ruined.

Amir was made to wait even longer for his first wicket back when he got Cook to edge another ball 19 overs later and this time It was Sarfraz Ahmed that did the dropping.

It was third time lucky for Amir – what he needed to do was not trust the fielders and do it himself. He bowled Cook for 81 and as he roared his approval at his first Test wicket in six long years his team-mates mobbed him.

This was perhaps the most telling moment of Amir’s return Test. When he was given a spot in the team in January 2016 Azhar Ali offered his resignation as One-Day captain. Safraz Ahmed and Mohammad Hafeez withdrew from a training camp in protest. They felt that Amir represented a past they had left behind and they wanted to move on to the future.

As they celebrated Cook’s wicket it was clear that those feelings were gone. Amir was very much part of this team, and while the press and cricket fans may not be able to forget what he did, his team-mates have accepted him back into the fold.

It was a low key performance on the field, as Amir struggled to find a consistent line throughout the Test and of all of the Pakistan bowlers in this match he actually looked the least threatening.

There were moments of success but for the most part Amir looked nervous. That he wasn’t a quivering wreck, unable to deliver the ball, is to his credit considering the circumstances; he will get better and fast.

As time passes, the murkiness of 2010 will become a footnote rather than the story that dominates the coverage, and as long as Amir behaves as he did in this Test, and is part of this hugely likeable Pakistan team, that will happen all the quicker.

Cricket and its supporters have been very kind to Amir, especially at Lord’s where there were a few jokers calling ‘no ball’ when he opened the bowling, but for the most part his return passed off without too much jeering from the crowd.

When the series moves on to Manchester and Birmingham the reception he receives may not be as generous as the more boisterous crowds further north get involved. No doubt Amir and this Pakistan team will deal with the boo boys with good grace, as they have dealt with everything that has been thrown at them this tour.

What isn’t in question is his talent, of which there were glimpses at Lord’s. Once he finds his feet in international cricket upon his return, he will be one of the great seam and swing bowlers of our time. That is really quite exciting.