Opinion: Ball tamperers are people too… 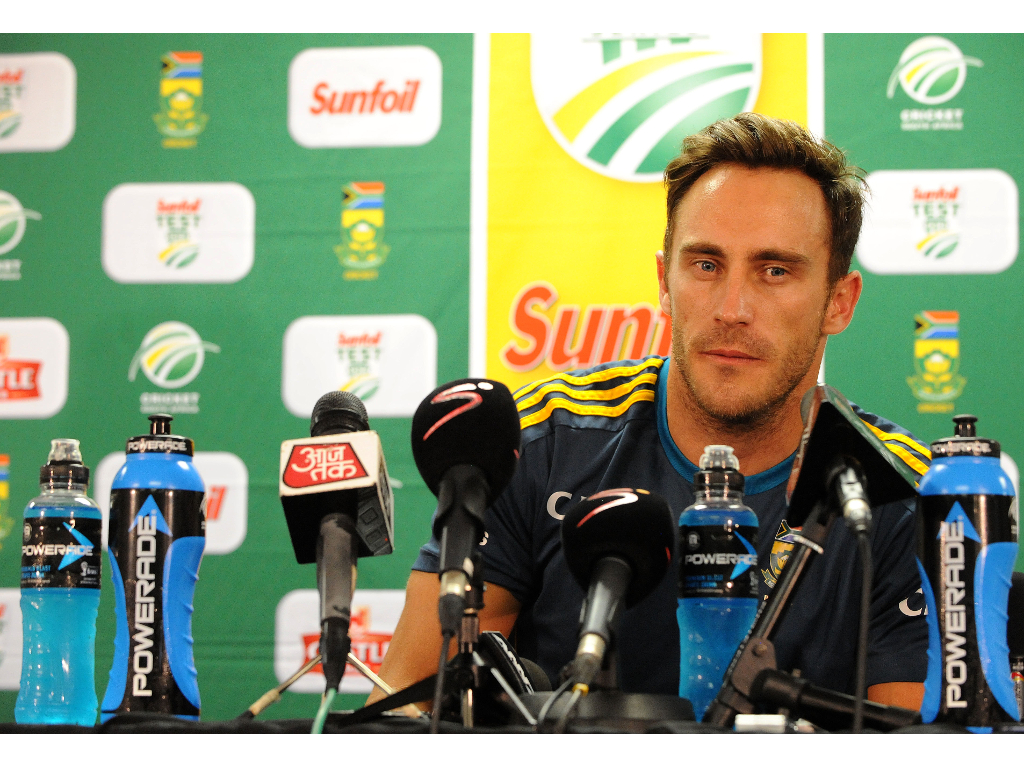 Trying to gain an advantage to win a competitive match is as old as sport itself. Once again cricket’s amazing ability to be pious and moralising has reared its head as it always does in such cases.

Faf du Plessis tried to fasten the zip on his pocket with a cricket ball and was found guilty of breaching Law 42.3 ‘Changing the Condition of the Ball’. Ball tampering, as this is more commonly called has been around for almost as long as cricket.

Trying to gain an advantage to win a competitive match is as old as sport itself. Once again cricket’s amazing ability to be pious and moralising has reared its head as it always does in such cases.

Ball tampering is against the rules, and as a result it shouldn’t happen. Instead of calm and reasoned response, Twitter and other social media sites exploded with existential angst.

Zips should be banned straight away. Why are there even zips on trousers? Having the ability to close your pocket with ease on a cricket field is outrageous. Those that made these offending trousers can only have done so with ball tampering in mind.

Du Plessis was called a cheat, a crook and a bad egg. We are told that this kind of thing has no place on a cricket field.

If this was the response whenever anyone misbehaved on a cricket field you could understand it, but ball tampering is one of those things that are considered taboo by those that believe in cricketing ghosts. The ‘Spirit’ of the game has been harmed we are told.

It isn’t damaged when a bowler appeals knowing it isn’t out or when a player screams abuse at another player. It is only a certain set of actions, like batsman getting run out in idiotic fashion, or worst of all, not walking after a big edge that are the problem. Small edges don’t upset cricketing poltergeists, it is only the really big ones that are truly offensive.

So perhaps we should discuss ball tampering without the howling of wraiths and just talk about the issues. The stigma that ball tampering seems to have attached to it is completely out of sync with the seriousness of the crime.

When Inzamam-ul-Haq took his team from the field following an accusation of ball tampering at the Oval in 2006, robbing thousands of paying spectators of a result, many thought he was justified.

This stems from the feeling that ball tampering is on par with spot fixing or sleeping with your best friend’s wife. It isn’t. It is sharp practice in attempt to win a game where that is the end goal.

If Inzamam had removed his team from the field because Umpire Darryl Hair had called a no ball, a wide, or complained about a bowler running on the pitch the reaction would have been very different.

There is an argument that aggressively managing the state of the ball should be legalised. This view claims that it is enough of a batsman’s game as it is, why should the bowler not be allowed to take back some of the advantage by using his skill to get the ball to move.

The issue here is where you draw the line. Are fingernails OK, and are zips on trousers a step to far? Can you take a bottle top out onto the field with you. Prohibition is hard enough to police without adding the further complication of condoning some, but not all, ‘ball management’.

People will tell you that when this team in that tournament did it, they were just never caught. Allegations without evidence are a waste of time, and while it may be hard to catch someone doing something this is a strange reason to legalise it.

The simplest way to deal with ball tampering is to censure those that are caught and remove the stigma. In the greater scheme of sporting misdeeds it doesn’t even make the top 100. There should be a consistency of punishment that suits the crime.

On the field it is straight forward. The opposition are awarded five penalty runs and the ball is replaced immediately. Off the field it is a little more nuanced. Breaking Law 42.3 is a level two breach of the ICC code of conduct. This means that the ICC consider it worse that excessive appealing, but not as bad as threatening violence.

The issue arises when punishments are handed out. Faf du Plessis will be fined 50% of his match fee for his actions in this Test. When Shahid Afridi bit the ball the ball in January 2010 he was banned for two T20 internationals.

The head of the Pakistan Cricket Board, Najam Sethi, is to seek clarification as to why there is a discrepancy between these two punishments. The answer will surely be that one was considered less serious that the other in the eyes of the Match Referee.

While that may be true, perhaps a uniform punishment for breaching this Law would create less confusion. While the punishment that should result from breaching this rule is up for debate, what is certain is that the wailing of outrage is a step too far.

South Africa bossed the Dubai Test from the start. They came back from a painful loss to record a crushing win against a hugely talented Pakistan side. This win is well deserved, despite the fact that Faf has been a very naughty boy. Perspective is important, and ball tamperers are people too.