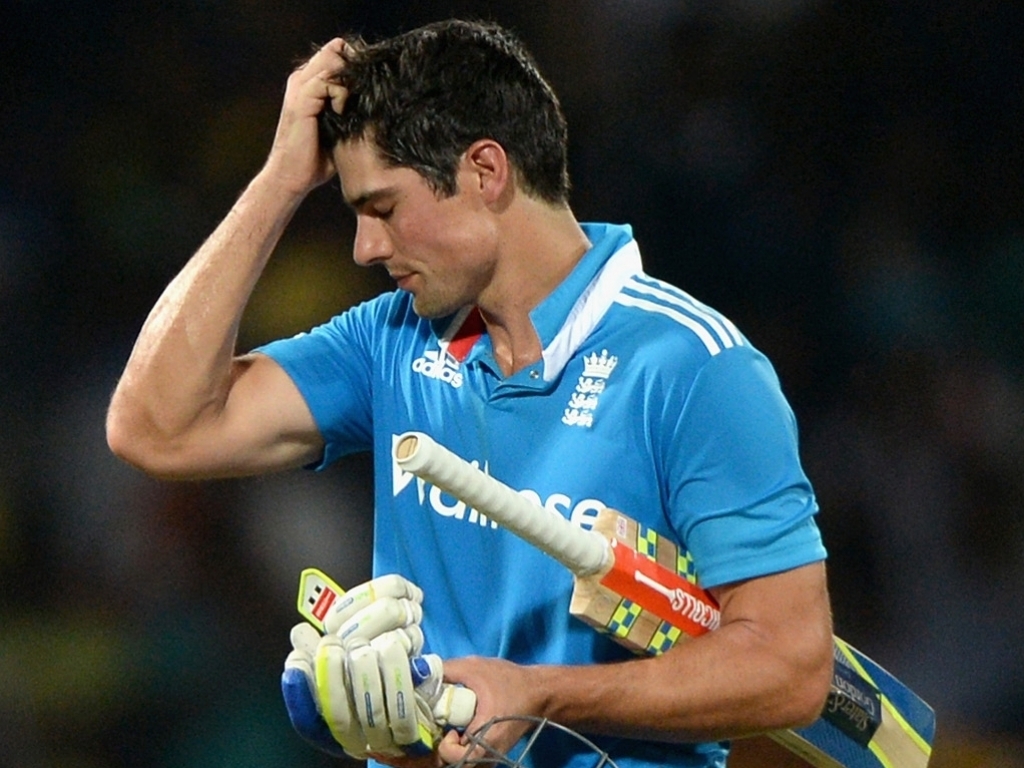 Following a failed series in Sri Lanka, the calls for Alastair Cook to be removed as England one-day captain have become deafening.

When Alastair Campbell called time on his career as Tony Blair’s spin doctor it was because he had become the story. No matter what events transpired, no matter if he did well or performed poorly he was the focus of the press attention. He had stopped being effective because he couldn’t mould events, he was the event.

As Alastair Cook gets yet another endorsement from an ECB high-ups his position is no less precarious, certainly in the eyes of the fans and the vast majority of the cricket watching media. While there is no doubting that Cook has his champions in the press, but they are becoming rarer and more importantly, not as vocal in their support. As the ECB Managing Director, Paul Downton, gave us the same routine about Cook being the right man to lead England forward there is no longer any logical justification for his continued inclusion in this one-day side.

Downton said that the England selectors had “kicked the tyres” in September and decided that Cook was the man to lead England to the World Cup. Regardless. He was a “born leader”, he was “due” some runs, as if that was enough to back him forever. Someone scoring runs in the past is no guarantee of success in the future. It might make it more likely, it doesn’t mean that it will happen.

The situation is now one of face saving. England have backed Cook so forcibly that to remove that support makes them look a bit silly.

Here is the problem. So what if the England management have to chow down on some humble pie? Their job is to do the best for English cricket, something that Downton said was his main priority when he spoke to the media. What having a drastically out of form captain lead a side from series loss to series loss does for the sport is anyone’s guess.

Alastair Cook is a nice guy that is well respected by his team. Being nice is not what international sport is about. The captain’s role is to lead the side, but more than that his job is to contribute to the side. A captain that is picked to lead is so rare that England haven’t had one since Mike Brearley led Ian Botham in the 1980s. If Cook were a tactical genius that produced moments of brilliance that would be something, but he isn’t. He is a “by the numbers” captain. Without runs he brings nothing to this England side.

Ultimately this is a question of form. While the Kevin Pietersen saga, and the fiasco that it became, is a back drop to all of this, the real problem isn’t about being “outside cricket” or whether Cook is from the “right kind of family”. Those are just clumsily worded press releases and interviews. If Cook scores runs, whether England win or lose, the pressure is off.

At this point he needs more than one innings, some could say that was a fluke. A run of decent scores and all of a sudden any issues with his captaincy disappear. At the moment that is a dream as feasible as the one I have about finding a winning lottery ticket and a magical cure for weight loss. It is not that Cook isn’t scoring runs, it is that he never looks like scoring them again.

Cook’s career has always been one of highs and lows. His horrific form in the summer of 2010 preceded his miraculous tour of Australia that winter. Right now the lows are even lower and the highs seem so long ago that Cook can’t even see them in rear view mirror.

2014 started with defeat in Australia, it has ended in a series loss in Sri Lanka. In-between there has been many trials and tribulations, but the one constant has been the concerns over Cook’s ability to score runs. While in Tests his stellar performances in the past have prevented screams for his exclusion from the side, in ODIs he doesn’t not have that past pedigree to fall back on. Cook has discovered you can have a captain struggling in a winning side or a captain performing in a losing one. Both together and it is just not sustainable.

As Cook continues to be dismissed either plonking his front foot down in front of his stumps or fiddling outside his off stump there is a gnawing inevitability to it all. Cook says he isn’t going to walk away, Downton has said that he is backing him, coach Peter Moores has indicated the same. England fans can expect more of the same.

In his column for the Telegraph, Michael Vaughan has said “99.9 per cent of England supporters, as well as current and former players, can see [Cook should go]. The problem is the 0.1 per cent, which is Downton and Moores, do not see it.” That just about sums it up.