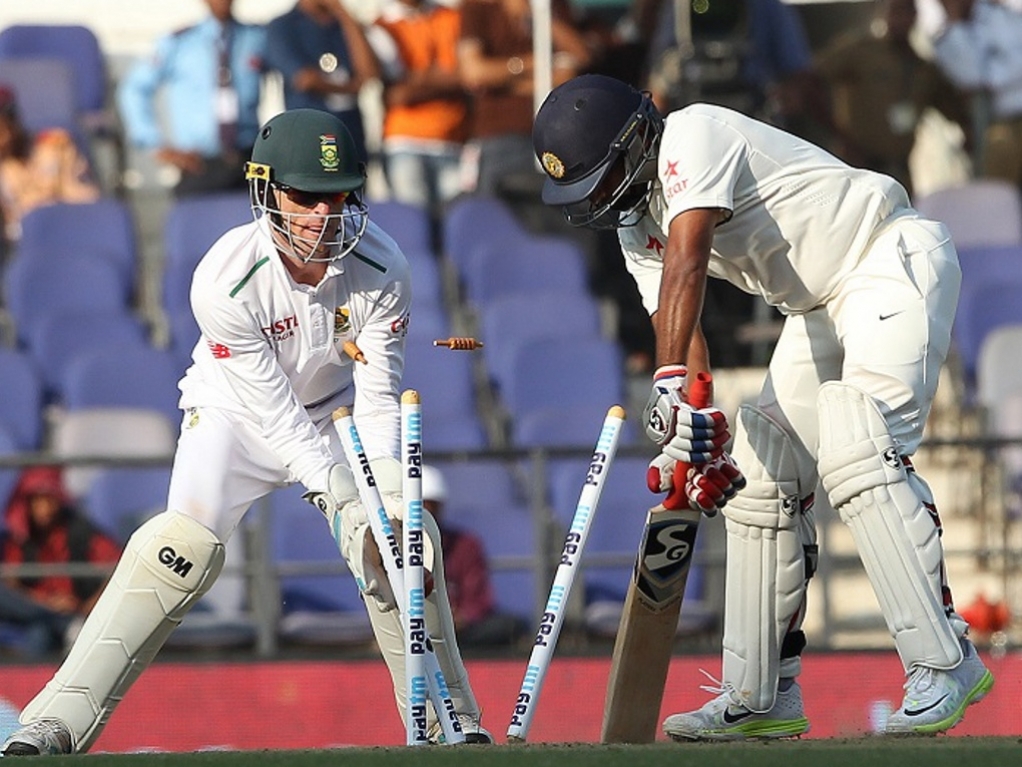 The much anticipated Test series between hosts India and South Africa has, sadly, been dominated by talk about the playing surfaces, rather than the world class players on show.

The pitch for the first game, in Mohali, and the third match, in Nagpur, descended into a farce, and both were near impossible to bat on, with both games ending in two and bit days.

A lot has already been said by various former players on social media about what has transpired in India, with twitter abuzz with comments from David Lloyd, Michael Clarke, Michael Vaughan and Matthew Hayden, among others.

Vaughan probably hit the nail right on the head when he tweeted: “This pitch in Nagpur is nothing short of diabolical for Test cricket.”

Over the years, India was already a tough place to play Test cricket. You play in sapping heat, batsmen have to bat for long hours if they want their team to have a say in the match, and you need to counter world-class spinners. That was a given.

But after losing the T20 and ODI series against the Proteas, the hosts resorted to desperate measures to try and make their fans happy.

However, I can’t speak for all Indian people but surely they cannot be ecstatic that what are supposed to be five-day Tests are turning into three-day contests.

I am all for home ground advantage and also agree that sides like Australia and South Africa need to upskill their games, especially their batting against slow bowling on turning pitches.

But in the current series we are seeing even the India batsmen, who are the best at playing spin, struggling against part-time bowlers.

If someone like Proteas opening batsman Dean Elgar, who does not bowl much in domestic cricket, picks up four wickets of top-class India batters on the first day of a Test, then something is seriously wrong.

Instead of talking about the mesmerising bowling of Ravi Ashwin and Imran Tahir, or the sublime batting of Virat Kohli and AB de Villiers, we are debating the merits of playing surface.

If Pakistan’s legendary bowler Wasim Akram, who grew up playing on rank turners, calls the surface in Nagpur a ‘wrestling pit’, then surely someone should listen.

So, as in 2011 at Newlands in Cape Town, when Australia were bowled out for 47 by the Proteas, the games in Nagpur and Mohali are just as damaging for the best format.