Opinion: It’s tough not to enjoy the PE band 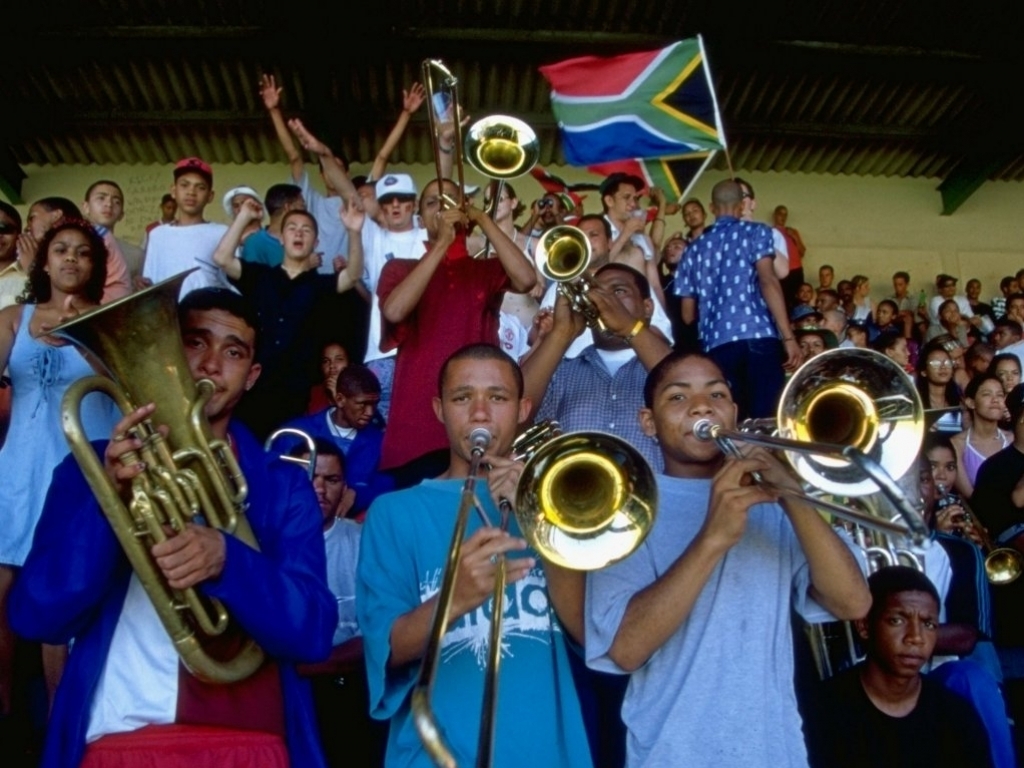 It was late when Hashim Amla strode out to the middle from beside the Graeme Pollock Pavilion. Patience personified, a day with the pads on in a Port Elizabeth dressing room was no bother for South Africa's captain.

But even cricket's most temperate of artists must have felt a tingle at what swelled around him at St George's Park, washing over the fading applause for departing centurion Dean Elgar on Boxing Day.

As he reached the square, the St George's Band, already in full swing thanks to the work of Elgar and Faf du Plessis, struck up for their centrepiece.

A rousing, rasping rendition of the national anthem had a stadium cocking more than a biased ear. The people of The Friendly City were on their feet – belting out this most heart-warming of ditties.

Xhosa, Zulu, Tswana, Afrikaans and English tongues take their turn through the verses, united by the infectious sunshine of a brass band at full tilt. And all after the anticlimax of the loss of a home wicket. Eden Gardens would be silent.

This collective haven't the discipline of a Yorkshire colliery band, nor the bravado of a second line parade on the streets of New Orleans. These guys just play and, after a slightly edgy first session of the Test, they do so with the kind of African joy often reduced to the lazily stereotyped fodder of tourist board adverts and half-arsed documentaries.

Even the most sullen local youth can't help but tap a sly foot to the beat. You know the sort of moody teenager, as if it's not cool to let loose a smile even with a winning lottery ticket in hand. The scowl stays fixed, but there's a giveaway glint in his eye.

St George's Park is a pleasing jumble of stands, stilted chalets and assorted odds and sods. There's something – and somewhere – for everyone and it lends itself to harmony, socially and tunefully.

A shed of a stand houses these off-field players and their disciples, like something borrowed from the final furlong of a provincial English racecourse. The wriggly tin roof and curvature square of the wicket do the acoustics no harm at all.

This is no dying art, either. Many of the dozen or so are young lads adhering to a loose dress code of sportswear – lurid Warriors one-day shirts and zip-up Premier League football training tops are in for 2014.

England's Barmy Army can thank their lucky stars that Port Elizabeth isn't on the Test itinerary in a year's time. Popular as he is, there's no call for a lone trumpeter playing the Coronation Street theme tune here. Position filled and then some, thanks.

That none of this swaying, boozy, late afternoon crowd are molested by stewards and police is testament to the joie de vivre of the folk that make up not just this corner of the ground, but this corner of Africa.

There's none of the steward-baiting of Headingley's Western Terrace, nor the feral snarl of Bay 13 at the MCG. If this all sounds a mite utopian… well, that lies in its simplicity. The band plays, the people dance. It's a party, and you're all invited.

You don't need to know the words and you are not obliged to join in. But it's mighty hard even for the most two-left-footed foreigner not to feel it, although a Castle Lager or two offers a helpful conduit if required. Just to get the legs moving, you understand. A thousand romantic decisions – brilliant and catastrophic – must have been made in this hothouse.

Kenroy Peters, making his debut for the West Indies, even declared the carnival made him and his team-mates feel right at home at this southern tip of Africa, which is entirely the point. It's as inclusive as it is infectious. Inclusive on a very basic level, too, with match tickets available for as little as 30 Rand – about £1.70 or $2.60.

Trombones, trumpets, tubas and the like are welcomed in here. Back at Headingley, foam hands given by an official sponsor to children on the streets were once dumped into wheelie bins by security on the grounds that they were ''offensive weapons''. Seriously.

This is a country still divided inevitably along racial lines. The scars of an Apartheid past are unimaginably deep. But, in a leafy corner of the Eastern Cape, it would take a miserable individual not to see some kind of progress, tied together by an African rhythm of sport and music.